Sponsored column: Animals in Distress is a new What’s On column profiling the amazing animal shelters, veterinary clinics, carers and passionate team at Royal Canin UAE working together to save the lives of stray animals in the UAE. Every month, Royal Canin UAE has pledged to cover the costs of vet bills for select animals in need. These are their stories…

Gabriel had a serious wound to his left foreleg and was found hiding under a car by the volunteers at Stray Dogs Centre. He was rushed to the Vet24 clinic in RAK, where he was very weak and full of ticks. Ticks typically attach to the host animal from vegetation outside. They bury their head within the skin and feed on blood from the dog. They also transmit diseases such as ehrlichiosis and anaplasmosis, causing debilitating illness.

Sadly, not only did Gabriel’s routine blood work confirm anaemia, but further investigation revealed he had contracted both ehrlichiosis and anaplasmosis, so an eight-week treatment plan, with appropriate antibiotics, began immediately.

With his treatment underway, attention was directed to Gabriel’s leg. The trauma was so severe that the blood supply was affected. The tissue was beyond repair, and the team feared that the infection had penetrated the bone.

Amputation was the only way to stop the spread of the infection. Once he was stabilised, the decision was made to take him to surgery where he underwent a forelimb amputation. Thankfully, his surgery was a success. With the damaged tissue removed, Gabriel was more comfortable.

The road to recovery 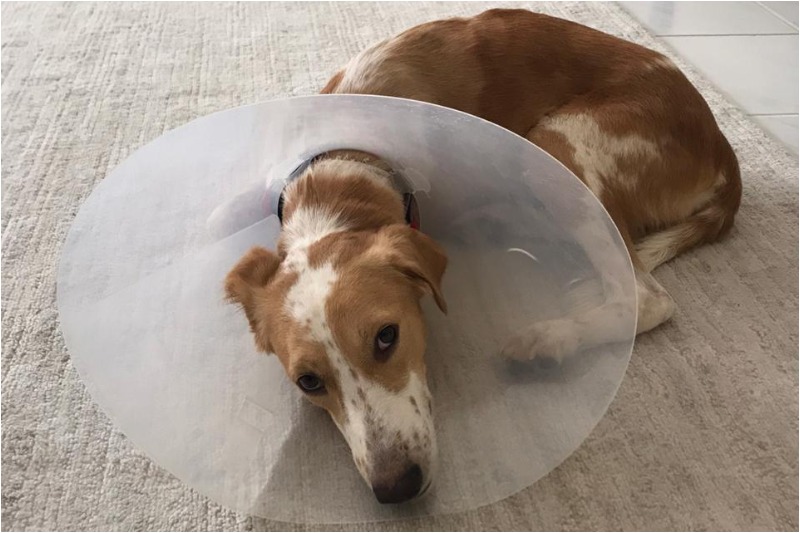 In less than a month, and with thanks to Dr Chenjarai and the hard-working staff at the hospital, Gabriel was able to go to his new foster home arranged by Stray Dogs Centre.

He is still completing his medication and continues to learn how to run and play on three legs, but he’s flourishing with all the love and attention.

His bill is being paid for in full by the team at Royal Canin UAE and he is on the road to a full recovery.

Pets
EDITOR’S PICKS
9 royal-approved Dubai restaurants
READ MORE
12 incredible rooftop pools in Dubai to check out
READ MORE
16 of the best beach bars in Dubai for sundowners
READ MORE
Covid-19 rules in Dubai: all the updates you need to be aware of
READ MORE
MOST POPULAR
Join us for a preview of Fairmont Bab Al Bahr's Valentine's dine around
Covid-19: Dubai updates travel rules for inbound passengers
The W Abu Dhabi's Wet Deck pool party is absolute weekend goals
7 amazing art sculptures in Dubai you need to check out
Flash sale: 50 per cent off stays at this luxury Palm Jumeirah resort
8 brilliant things to do in Abu Dhabi this weekend - January 28 to 30
YOU SHOULD CHECK OUT
Our website uses cookies and other similar technologies to improve our site and your online experience. By continuing to use our website you consent to cookies being used. Read our privacy policy here.