There’s more great deals throughout the week too…

Laidback seaside bar, The Bungalow Dubai, has announced its official reopening will be held on Friday October 16. If you can’t wait that long though, there’s a special pre-opening offer for guests during its soft opening phase. In the days leading up to the launch, guests will be able to enjoy drinks and selected bites at 50 per cent discount.

The bar is well-known for its great deals, after once treating guests to unlimited pizza for the price of a drink. On October 10, 11, 13, 14 and 15 (The Bunglaow is closed on Mondays), anyone who visits The Bungalow Dubai will be able to tuck into selected dishes and sip on refreshing beverages for half the normal price.

If you can’t make it next week though, don’t worry as The Bungalow Dubai has plenty of other deals in the pipeline after the official reopening. On Tuesdays you can expect a delicious five-hour deal where you can tuck into as many tacos as you can handle, along with unlimited jugs of margaritas and Bungalow Brew for only Dhs99 per person. 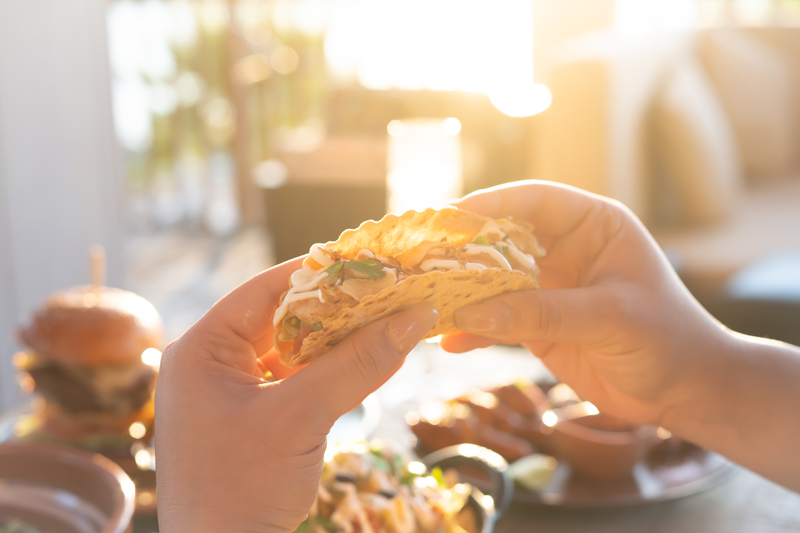 On Fridays it’s time to let loose with ‘Drunch on the Deck’ at The Bungalow Dubai, between 5pm and 8pm. Guests can choose between the full package for Dhs249 per person including food and house drinks, the non-alcoholic package’ for Dhs199 or a drinks-only deal for Dhs149. There’ll also be live DJ sets from Those Guys, playing afro, soul, soulful house, RnB, and hip-hop.

Every day there’s a happy hour on which will get you a 50 per cent discount on selected drinks, including Bungalow Brew, house wine and house pours between 5pm and 8pm.

Has Sheikh Hamdan launched his own burger business in Dubai?
Review: Does Koko Bay deliver the promised Balinese vibe?

Deals
Eat & Drink
EDITOR’S PICKS
Ramadan in Dubai: 40 iftars to try
READ MORE
Where can Dubai residents travel? Check out these 14 destinations
READ MORE
Rumours, facts and reveals: New Abu Dhabi bars and restaurants
READ MORE
UAE announces reduced working hours for Ramadan 2021
READ MORE
MOST POPULAR
3 mega-venues opening in Dubai that you need on your radar
6 fun things to do in Abu Dhabi this week: April 18 to 21
Book an unforgettable escape to Mӧvenpick Resort Kuredhivaru Maldives
Review: Is Lucky Fish worth its salt at West Beach?
Not in the office? The best cafes and restaurants to work from in Dubai
YOU SHOULD CHECK OUT
Our website uses cookies and other similar technologies to improve our site and your online experience. By continuing to use our website you consent to cookies being used. Read our privacy policy here.