UFC Fight Island rages on: Here's who's up next in the Octagon

Sponsored: Return to Fight Island, the mega five event UFC series taking place on Abu Dhabi’s Yas Island,  continues to impress. Here’s what’s up next in the Octagon in the coming weeks… 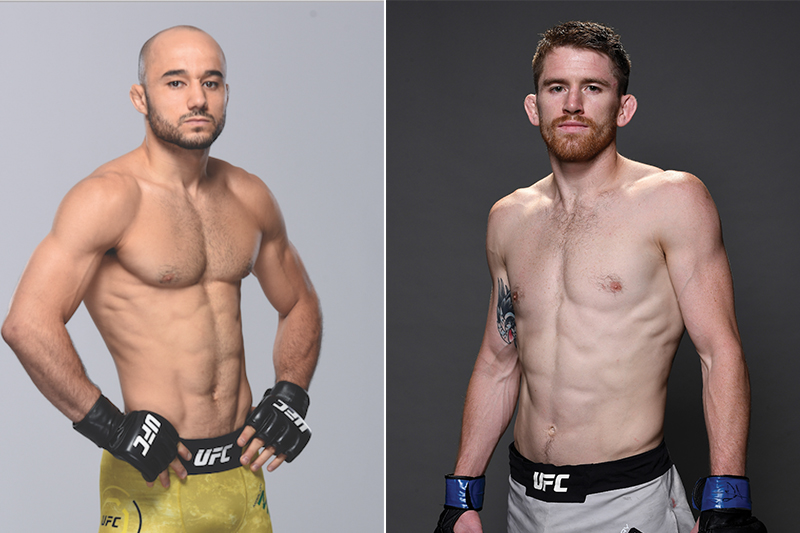 The main event between Brazilian Marlon Moraes and American Cory Sandhagen is an eagerly awaited bantamweight clash, with both fighters looking to move one step closer to challenging current champ Petr Yan for the title. Moraes hasn’t fought since his rebound win by split decision against Jose Aldo at the end of 2019. Cory Sandhagen, meanwhile, suffered his first loss inside the Octagon when he was submitted by Aljamain Sterling in 88 seconds at UFC 250. Before that, he had notable wins over Raphael Assuncao and John Lineker, but this Sunday’s bout will be the first time he is headlining a UFC event and going five rounds. 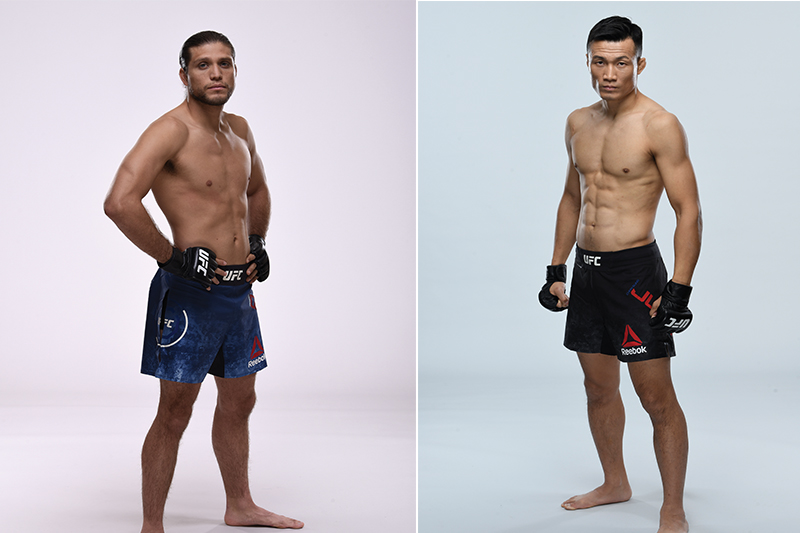 Brian Ortega and ‘The Korean Zombie’ are two of the most prominent featherweights right now. They are also bitter rivals. In the aftermath of UFC 248 in March, Ortega slapped Korean rapper Jay Park, a good friend of Jung’s. The incident has intensified their rivalry so expect fireworks when the cage closes.

Ortega hasn’t competed since his maiden defeat against Max Holloway in 2018. Although he is one of the most promising  fighters in the division, this lengthy inactivity could cost him. In contrast, Jung is on a winning streak. He competed twice in 2019, winning both by first-round knockouts. Ortega will be a tough test, but The Korean Zombie has all the chances of dominating the fight.

Here's a look at the safety measures in place on UFC Fight Island
Interview: We talk to Holly Holm ahead of her huge upcoming UFC clash

The Return to Fight Island finale. The hotly anticipated UFC® 254 is topped by Nurmagomedov’s return to the Octagon for the first time since victory at the inaugural Abu Dhabi Showdown Week in September 2019. When he lands on Fight Island, ‘The Eagle’ will put his lightweight crown and undefeated record on the line against Justin Gaethje. More on that to come…

Remember, you can catch all the headline fights live via the UFC Arabia app.

Return to Fight Island has already recorded a number of milestones: Israel Adesanya defended his title at UFC® 253. His pre-fight face-off with Paulo Costa broke the record for the most-viewed face-off in UFC’s Instagram history with more than 7.6 million views; Holly Holm then made his history when she dominated her bantamweight bout against Arene Aldana, the first-ever UFC women’s main event in the Middle East. This is what Holly told What’s On ahead of the clash.

For more info, and to see the fighters in action, check out UFC Arabia app.

Events
EDITOR’S PICKS
13 Sheikh Hamdan-approved restaurants in Dubai
READ MORE
Dubai brunches temporarily banned in new preventative measures
READ MORE
12 upcoming Dubai mega-projects we can't wait for
READ MORE
17 of the best beach bars in Dubai for sundowners
READ MORE
MOST POPULAR
Wizz Air to launch Abu Dhabi to Tel Aviv flights from Dhs99
8 places to catch the Indian Premier League in Dubai
Emirates flight tickets can now be rebooked within 36 months
What’s On The Bookshelf: 3 feel-good fictions you have to read
Review: Hickory's Friday brunch at Yas Links Golf Club
YOU SHOULD CHECK OUT
Our website uses cookies and other similar technologies to improve our site and your online experience. By continuing to use our website you consent to cookies being used. Read our privacy policy here.