A Candypants mega brunch is happening at a waterpark this December

This year has certainly been an unpredictable one and if you’re looking to blow off some steam, we’ve got just the thing for you. A mega brunch is set to take place at one of Dubai’s coolest waterparks with unlimited beverages, food and DJs playing all day.

The event is brought to you by Candypants and the team behind Cove Beach so you know you’re in good hands when it comes to a true party atmosphere. As well as a day brunch, there’s set to be a drunch and an afterparty that will go on until late.

MEGA Brunch will kick off at Laguna Waterpark, La Mer, on Friday, December 4, running from 12pm to 4pm. Priced at Dhs249, the package includes free-flowing house spirits and grape, one food token and access to the water park.

A four-night all-inclusive house music weekender is coming to Dubai
10 awesome things to do in Dubai this weekend: November 19 to 21 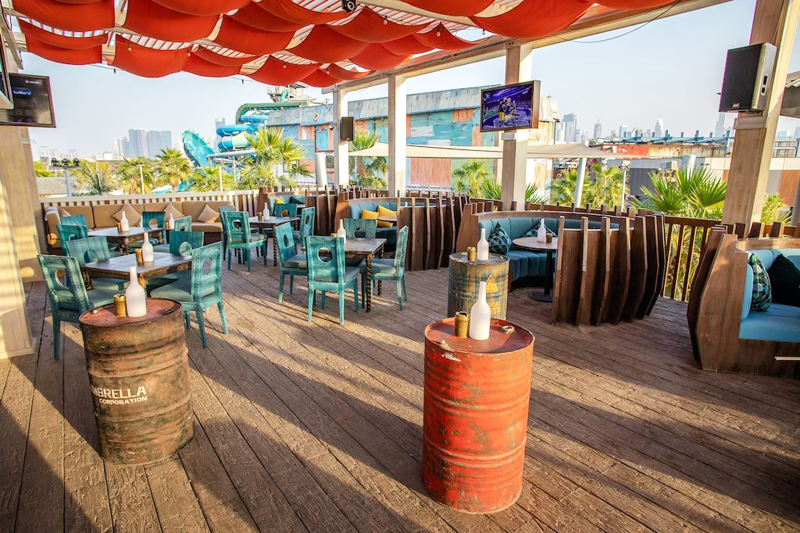 Due to health and safety regulations, the waterparks main rides will not be in operation, however there is still plenty of the site to explore. The fun doesn’t end at 4pm as you can join the drunch from 4pm to 8pm, with unlimited drinks priced at Dhs199.

Enjoy the drunch in the waterpark or head to The Bungalow, the cool on-site restaurant and beach bar where DJs, including a live set from Those Guys Events, will be cranking up the atmosphere until 1am. If that’s still not enough, you can purchase a further three house drinks for Dhs99.

For those who really want to live it up, there’s the option to go for a VIP table package, with a maximum of eight guests. It includes access to The Bungalow, two bottles of wine, two bottles of spirits and a bucket of beers.

News
EDITOR’S PICKS
9 royal-approved Dubai restaurants
READ MORE
12 incredible rooftop pools in Dubai to check out
READ MORE
16 of the best beach bars in Dubai for sundowners
READ MORE
Covid-19 rules in Dubai: all the updates you need to be aware of
READ MORE
MOST POPULAR
Join us for a preview of Fairmont Bab Al Bahr's Valentine's dine around
Confirmed: David Guetta will perform at Burj Al Arab in February
Abu Dhabi residents can now make quarantine free trips to the Maldives
Sharjah's East Coast offers picturesque views and unique activities
Shoetopia: Discover the world of footwear at this pop-up event
Dubai-based golf pro Rafa Cabrera Bello shares his top spots to eat, play and stay
YOU SHOULD CHECK OUT
Our website uses cookies and other similar technologies to improve our site and your online experience. By continuing to use our website you consent to cookies being used. Read our privacy policy here.