We were optimistic about Mimi Kakushi from the start. It’s run by the same people behind celebrated French restaurant La Cantine du Faubourg, casual Portuguese spot Lana Lusa, the What’s On award-winning Middle Eastern restaurant Ninive, and Twiggy, easily 2021’s most exciting opening to date. Adding a new notch to its gastronomic belt is this, a fun yet fancy Japanese restaurant perched just to the side of Coya at the Four Seasons Jumeirah Restaurant Village. 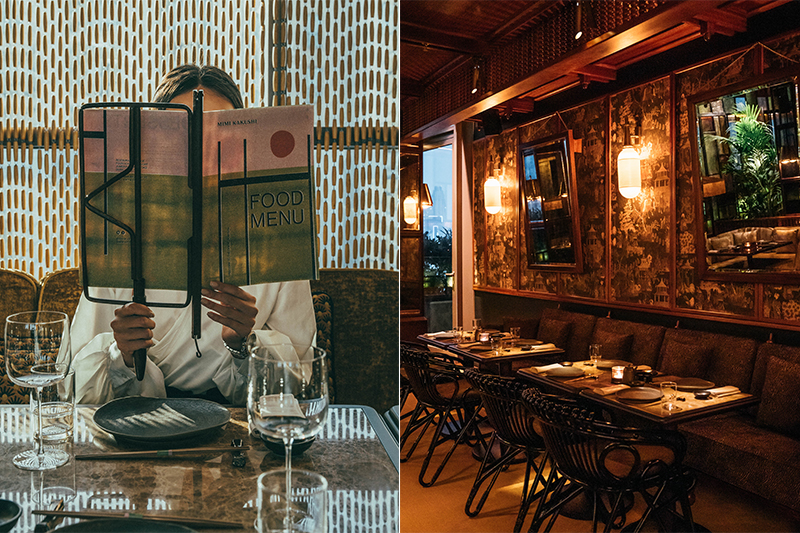 Design-wise, Mimi Kakushi packs a visual punch. A clandestine entrance leads you up a flight of stairs and through a closed door. Once inside, welcome to 1920s Osaka, a glamorous homage to the avant-garde oriental era, with a sultry amalgamation of big round leather booths, a large mahogany-esque bar with a cool jazz soundtrack playing in the background.

The new venue also has major people-watching potential – we spotted a few of Dubai’s social elite sampling the goods when we visited. All of this added up to a fair amount of gawping, but we soon snapped out of it when the food started to arrive. 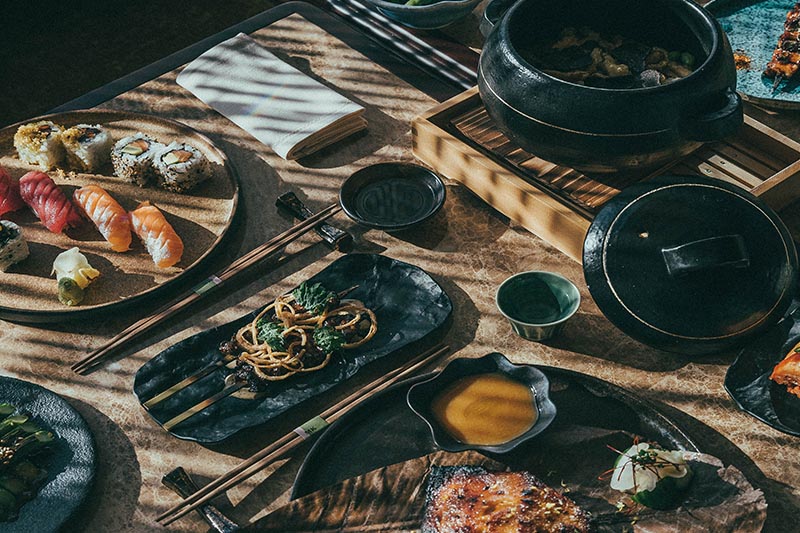 A selection of small dishes left us struggling to decide if we preferred the silky miso marinated black cod gyoza (Dhs85) or the rich Wagyu and foie gras dumplings (Dhs70) – both with their glorious pouches made with the best slippery silken casings – until the unimpeachable quality of their greaseless tiger prawn tempura (Dhs90) arrived and quickly became the winner.

The smashed hamachi (Dhs86) makes all other hamachi’s look like a first draft with its lip-smacking, sweet and tangy mix of garlic yuzu soy continuing far beyond what feels decent.

The main course of braised short ribs with sweet garlic soy, ginger wasabi relish and pistachio (Dhs395) was another spectacular hit, so tender and juicy you’ll wish you had left more room to enjoy it.

We skipped desserts in favour of the drinks menu, which had extensive sake lists and eclectic bottles of grape, but a reasonable choice by the glass. As ever at these places, the bill racks up faster than a Land Cruiser down Sheikh Zayed Road. But as has become synonymous with The La Cantine Group restaurants, that expense feels fully justified.

Eat & Drink
Restaurants
EDITOR’S PICKS
Ain Dubai will open with fireworks, live music and a drone show
READ MORE
Incredible Aura SkyPool to open in Palm Tower this November
READ MORE
Brit Grand Slam hero Emma Raducanu confirmed for Mubadala Tennis
READ MORE
What’s On Nightlife Awards 2021: Here are the nominees...
READ MORE
MOST POPULAR
Why Armani/Hashi is trending hard on the Japanese cuisine scene
Celebrate creativity at City Walk during this three-weekend event
This Heinz Beck brunch at Waldorf Astoria just got an upgrade
10 brilliant things to do in Abu Dhabi this long weekend: Oct 21 to 23
Experience Arabesque elegance at Asil's Saturday lunch
YOU SHOULD CHECK OUT
Our website uses cookies and other similar technologies to improve our site and your online experience. By continuing to use our website you consent to cookies being used. Read our privacy policy here.