No curtains required for Abu Dhabi restaurants this Ramadan

Confirmation came via a circular from the DCT yesterday…

Although putting up restaurant partitions and curtains has been a long-observed tradition in the UAE throughout the Holy Month, in recent years Abu Dhabi’s Department of Culture and Tourism (DCT) stepped back from making it a mandatory requirement.

In a circular issued on Tuesday April 6, it said: “Establishments will be allowed to provide catering services as per usual practice during the Holy Month of Ramadan without installing curtains or covering facades.”

Circular 15/2021 was issued as an amendment to an earlier circular (14/2021) which obliged restaurants, cafes, and hotels to install partitions.

Partitions were formally used to shield those fasting from being able to see non-Muslims, or those Muslims that have been advised not to fast, eating in restaurants and other venues.

Yesterday we reported on the news that the Department of Municipalities and Transport in Abu Dhabi confirmed that it would not be approving permits for Ramadan iftar tents this year.

Ramadan is expected to start around Tuesday April 13 in the Gregorian calendar for the year 2021. 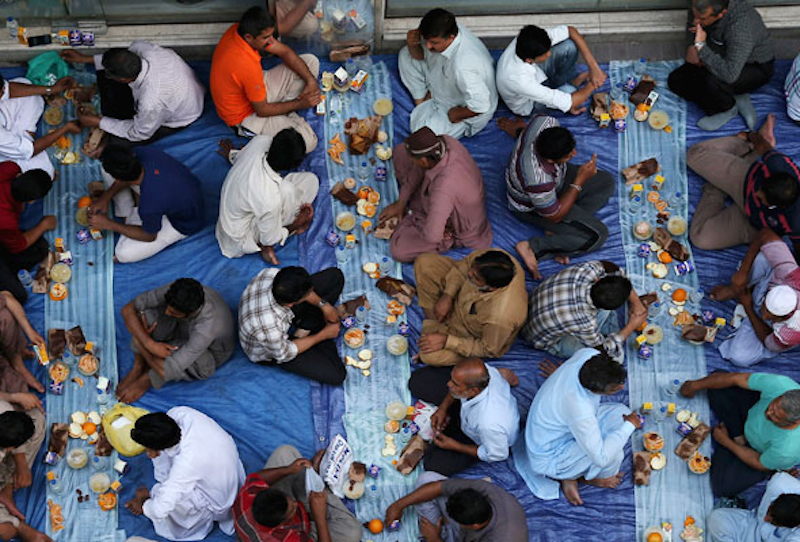 The ninth month of the Islamic calendar, Ramadan is a time when Muslims around the world abstain from eating, drinking and smoking between sunrise and sunset.

Eat & Drink
News
Ramadan
EDITOR’S PICKS
Ain Dubai will open with fireworks, live music and a drone show
READ MORE
Incredible Aura SkyPool to open in Palm Tower this November
READ MORE
Brit Grand Slam hero Emma Raducanu confirmed for Mubadala Tennis
READ MORE
What’s On Nightlife Awards 2021: Here are the nominees...
READ MORE
MOST POPULAR
O Beach Dubai will no longer be opening on Palm Jumeirah
The most up to date information for entering Abu Dhabi: Oct 2021
First look: Instagram breaking 2D cafe, Forever Rose opens in Yas Mall
Emirates warns passengers to arrive early to DXB airport this weekend
Pics of the week: Your best photos of the UAE
YOU SHOULD CHECK OUT
Our website uses cookies and other similar technologies to improve our site and your online experience. By continuing to use our website you consent to cookies being used. Read our privacy policy here.