If you’re an Australian living in Dubai, chances are you’ve had the chicken salt conversation recently. Rumours of this supercharged seasoning have been liberally sprinkled across Aussie WhatsApp groups, as news spread that Bondi-born burger chain Oporto was opening in Dubai Festival City Mall.

That Oporto would bring its legendary Bondi burger was a no-brainer, but for homesick expats it was the thought of chicken-salt-dusted hot chips that really had us chomping at the bit. Upon opening weekend, phones started pinging with messages about the umami-pumping salt. First, came the devastating news that the chips came sans chicken salt. Next came the jubilation, as we learnt there was a stash behind the counter (you just had to ask for it). Needless to say, the Aussie contingent flocked to Festival City like a pack of hungry seagulls. 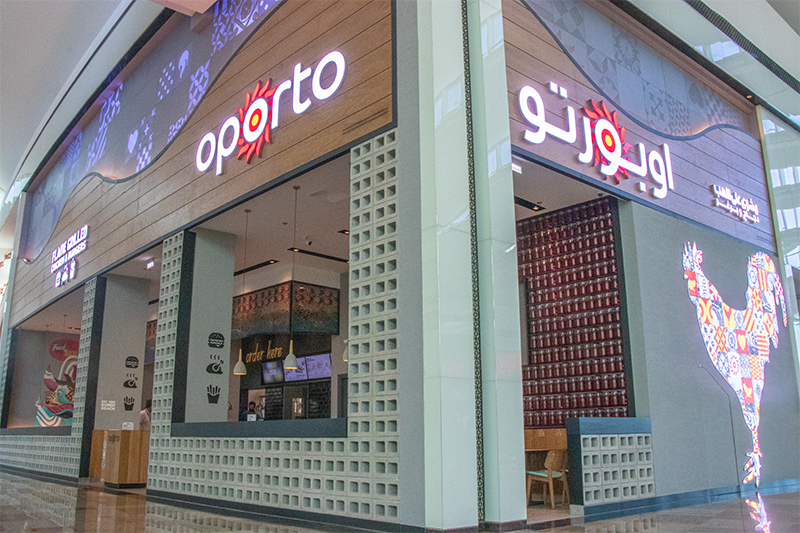 It’s not all about that fiendishly yellow salt, however. From its birthplace on the sun-kissed shores of Bondi Beach, this Portuguese-inspired eatery has built an empire off the back of flame-grilled chicken burgers doused in a signature chilli sauce. Inspired by the flavour-packed sauces of his Portuguese homeland, Oporto founder Antonio Cerqueira created his first batch in Sydney back in 1986, a zesty combination of chilli, ginger, lemon and garlic loosely bound with oil. 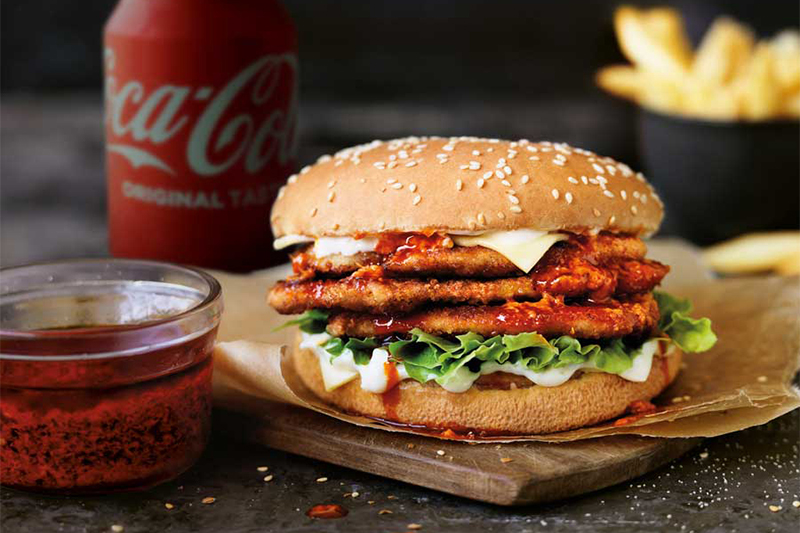 Now, in a bright and airy eatery on the other side of the world, it’s having the same nostalgic effects as when Antonio stirred up his first pot. Hot off the grill (which you can spy from the dining room), not only does our double Bondi burger (Dhs29) taste as good as we remember, somehow it tastes even better.

We wager you’ll want more sauce, so order it slathered over flame-grilled chicken (Dhs65 for a half a chicken). Our smoky, juicy bird comes with sides of Portuguese rice and chargrilled corn, as well as a Middle East-appropriate serve of pita, crunchy pickles and garlic sauce.

In fact, the whole menu has been beefed up for its Dubai debut, with breakfast burgers, salad bowls and even a textbook-perfect lamington for dessert (Dhs18) – and if that doesn’t cure your homesickness, nothing will.

Eat & Drink
Restaurants
EDITOR’S PICKS
Ramadan in Dubai: 50 iftars to try
READ MORE
Where can Dubai residents travel? Check out these 14 destinations
READ MORE
Rumours, facts and reveals: New Abu Dhabi bars and restaurants
READ MORE
UAE announces reduced working hours for Ramadan 2021
READ MORE
MOST POPULAR
There's a 30 per cent sale taking place during the long weekend on LegalHomeDelivery.com
Pics of the week: Your best photos of the UAE
Here's why you need to visit Mimi Kakushi's new Friday lunch
New films to watch in cinemas this week: May 13 to 19
Torno Subito's new lunch menu offers a quick mid-week vacation
YOU SHOULD CHECK OUT
Our website uses cookies and other similar technologies to improve our site and your online experience. By continuing to use our website you consent to cookies being used. Read our privacy policy here.