Dubai aims to bring a suspended transport network to the city

Written by:
Aarti Saundalkar
5 days ago

On June 7, 2021 Dubai’s Roads and Transport Authority (RTA) signed an agreement with a Chinese suspended railway firm with the aims of bringing a futuristic suspended transport network to Dubai.

The Memorandum of Understanding was signed between RTA and Zhong Tang Sky Railway Group – a leading company in the suspended railway firm.

As part of its endeavours to come up with innovative solutions for developing a futuristic suspended transport network in #Dubai, #RTA signed MoU with Zhong Tang Sky Railway Group, a leading company in the suspended railways. https://t.co/6pqh6VIL3f pic.twitter.com/J1wx6HAn0a

Abdul Mohsen Ibrahim Younes, CEO of Rail Agency stated, ‘The signing of this Memorandum of Understanding is part of RTA’s ongoing efforts to increase public transportation trips to 26 per cent by 2030.

‘The ultimate objective is to rank Dubai as the best place for living and business, a destination for visitors, and the smartest and happiest city in the world,’ added Younes.

Younes also noted that the authority is signing agreements with a host of specialist companies in the development of suspended transport systems. He stated that the aim was to identify the technologies used in this sort of mass transit.

The transport authority will screen and select the best system to launch in Dubai.

Dubai 2040: This is what the future of Dubai looks like
Watch: Inside the state-of-the-art Expo 2020 metro station
Sheikh Hamdan: Dubai will soon be home to self-driving taxis

The Dubai Metro which launched 12 years ago on September 9, 2009 has made travelling around Dubai not only easier, but cheaper as well. The aim to add new transportation systems in Dubai will only further accelerate the mobility of people, provide affordable solutions and help to curb traffic congestion.

The move to bring a suspended transport network to Dubai will help the emirate in achieving its vision to become ‘the world leader in seamless and sustainable mobility.’ 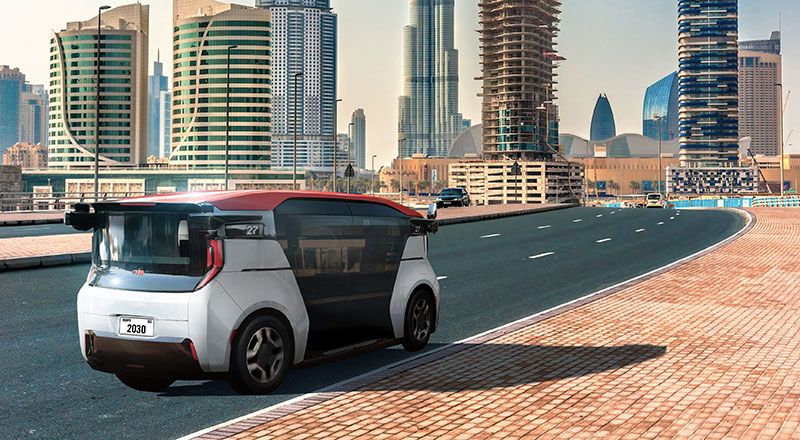 It also contributes to realising the Dubai Self-Driving Transport Strategy aimed to convert 25 per cent of the total mobility journeys in Dubai into self-driving transport by 2030. In April 2021, the RTA signed an agreement with Cruise, a leading US-based autonomous vehicle company that will operate self-driving taxis and ride-hailing services in the emirate.

The RTA stated that a limited number of vehicles will be rolled out starting in 2023 increasing to 4,000 vehicles by 2030.

News
Transport
EDITOR’S PICKS
So, when is the next UAE public holiday in 2021?
READ MORE
All of the lavish new hotels set to open in Dubai in 2021
READ MORE
16 of the best pool passes in Dubai that are fully redeemable
READ MORE
All of the restaurants at West Beach, Palm Jumeirah
READ MORE
MOST POPULAR
8 great deals dads can enjoy this Father's Day in Dubai
Abu Dhabi businesses gear up for Green Pass launch tomorrow
What to do if your ALHOSN app is showing incorrect information
Escape to a beautiful all-inclusive seaside staycation right here in the UAE
You can now do yoga in the sky at The View at The Palm
YOU SHOULD CHECK OUT
Our website uses cookies and other similar technologies to improve our site and your online experience. By continuing to use our website you consent to cookies being used. Read our privacy policy here.