The next Regional Artist Spotlight rising star is: Mougleta

As stage names go, Mougleta is certainly unique. The talented 25-year-old was given the nickname Mowgli by her parents for sharing the same traits as the lovable Jungle Book character. Growing up, she recalls moving around a lot and not feeling like she belonged anywhere. The UAE-born singer has lived in Beirut, Boston, Dubai, Toronto and, now, Berlin – with each city holding a special place in her heart. It is in these cities that she draws her inspiration. From music in taxis on the streets of Beirut, to the late-night rush of Toronto’s Entertainment District, Mougleta’s musical jungle tells empowering tales of heartbreak, happiness and dreams.

How did you first get into music?

M: I started singing at four years old. Music was always around me; my dad played the drums and my mother had a beautiful voice. She used to sing to me all the time.

How would you describe the music that you make?

M: This is always tough to answer. I feel that all of my life experiences have moulded my sound. It has many influences. It’s a collective of hip hop, soul, pop with a hint of the Middle East. 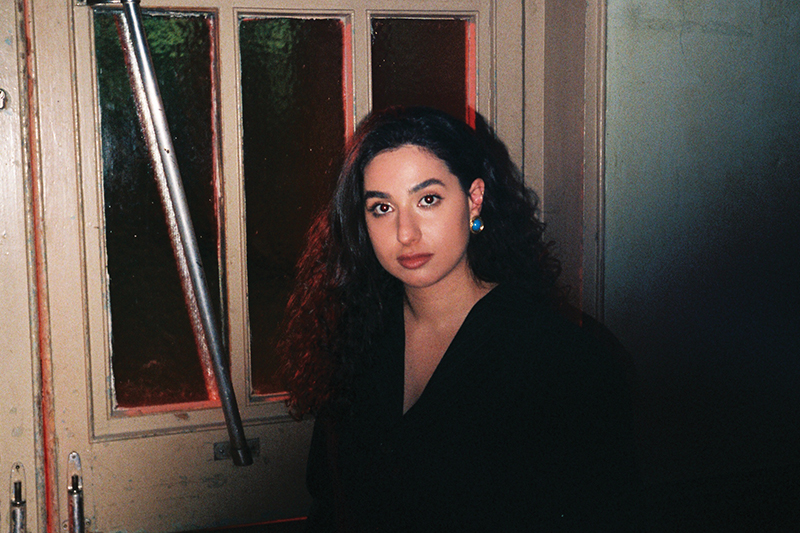 What are your latest musical accomplishments?

M: Firstly, releasing my own solo singles like Hold my Cup, Valentino Rossi and Yeah, which was a top 50 song in the German charts. I’m also really proud of my collaborations with the likes of Kpop sensation, Oh my Girl, and renowned German DJ Kianu Silva on Rocket Ride, multi-platinum DJ/producer, Topic with Talk to Me and the creator of the ‘90s classic Blue, Gabry Ponte, along with MOTi with Oh La La.

I’m also proud of my sync projects where my songs were selected for movies, TV series and a national TV ad campaign for Kinder Chocolate. In 2020 my song Nice to Meet You was included in the soundtrack of the hit ABC American network TV show, The Baker and The Beauty, which is now available on Netflix.

What is your creative process like? Has it changed since the pandemic?

M: Everything I write is about my personal experiences. I collect sounds and words from the world around me. There’s inspiration in everything. I prefer to work directly with creatives in a studio, but during the pandemic I had to compromise and use Zoom more.

Where have you performed? What was your favourite venue to perform at?

M: I really enjoyed my live performance at the Dubai Jazz Festival in 2017, when I opened up for the great Mariah Carey. I also performed live at college campuses in Beirut as well as various events and clubs in Berlin and Toronto. We were working on plans to tour North America before the pandemic hit, but we’re resuming plans as we speak.

What are your latest releases? What is the story behind them?

M: I just released my latest single Heartbeat. This one felt really good, especially during the making of the video. I felt like I was that nine- and 15-year-old performing on stage. I channelled that energy into this video. This is as close as it gets to who I am. Also, if you’d like to know, I got some of my inspiration for this song from Edge of Seventeen by Stevie Nicks and Scarface.

Are you working with any other artists right now?

M: Yes, I’m thankful for the opportunity to be working on projects with at least three major international artists right now. I can’t disclose too much information, but let’s say it’s going to be a busy and very exciting summer.

What does your involvement in the Regional Artist Spotlight mean to you?

M: It’s always humbling to be recognised in the region where it all started. I’m truly grateful for the opportunity and I’m looking forward to touring the region soon.

What is your top five after-party playlist?

M: I’m going to give you genres and eras rather than songs. Here goes…

Culture
EDITOR’S PICKS
UAE holiday dates announced for Eid Al Adha
READ MORE
Emirates extends suspension of flights from India to UAE again
READ MORE
Coming soon: Everything we know about Ain Dubai so far
READ MORE
Khorfakkan set to open new tourist attraction 580 metres above sea level
READ MORE
MOST POPULAR
It's Dhs350 to brunch, stay and play at the What's On Lock In this weekend
UAE weather: Temps of over 50ºC recorded in the shade yesterday
Get a free Expo 2020 day pass when you fly with Emirates
A popular fairy-tale is gracing the stage at The Theatre at Mall of the Emirates in August
UAE petrol prices will increase again in August 2021
Exclusive interview: John Cena on his role as a 'douchey Captain America'
YOU SHOULD CHECK OUT
Our website uses cookies and other similar technologies to improve our site and your online experience. By continuing to use our website you consent to cookies being used. Read our privacy policy here.