But thankfully none with laser beams attached to their head…

And when it opens its doors to the public, will be the largest aquarium in the Middle East, housing the region’s biggest and most diverse collections of sharks and rays.

A wide ar-ray of aquatic animals

Every week can be shark week at The National Aquarium, with the conservation hub providing a home for a thriving population of more than 200 sharks and rays, comprised of 25 individual species. And that’s worth mako-ing a lot of noise about. 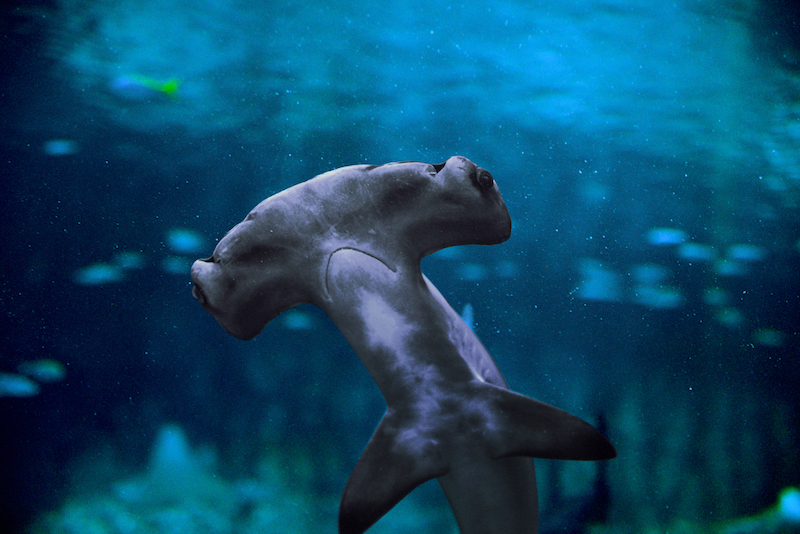 This sunken metropolis will also be the only place in the UAE where you’ll be able to see the prehistoric-looking, critically endangered scalloped hammer head shark. As well as the sole location to view the aquatic creature with one of the shadiest reputations out there, the bull shark. Capable of visiting your nightmares from both salt and freshwater.

The reality is of course that sharks are a desperately misunderstood collection of species, and due to over-fishing, many of them are currently on endangered animals lists.

The National Aquarium aims to dispel some of the myths that Hollywood has perpetuated, offering educational experiences alongside special ‘shark encounters’.

Paul Hamilton, General Manager at The National Aquarium said: “We cannot wait for our opening this year, to reveal our array of animals and animal-related activities. In general, people have a fear of sharks and we want to celebrate these fascinating creatures that are so crucial to the health of our oceans.”

“We are hoping that through personal interaction, the aquarium will help people overcome any fears and perceptions that they might have. Most importantly, we look forward to providing our visitors with an unrivalled and memorable edutainment experience on each and every visit.”

When will it open?

Still no official, confirmed date — but with construction so close to completion, don’t count out a 2021 opening.