A stylish new Southern-European Neo Bistro is opening in Dubai

The space comprises of a restaurant, lush green terrace and cigar lounge…

September in Dubai is a time of new beginnings and that means a whole load of fabulous new venues are opening across the city. One such venue is GARTH, a brand new Southern-European ‘Neo Bistro’ is opening at Kempinski Mall of the Emirates very soon.

The chic new restaurant, complete with a lush green terrace and cigar lounge is part of Majid Al Futtaim’s newly-launching The Nine Member’s Lounge at Kempinski Mall of the Emirates. Whilst GARTH is currently open to members and friends, there are plans to open to a wider audience later on this year. 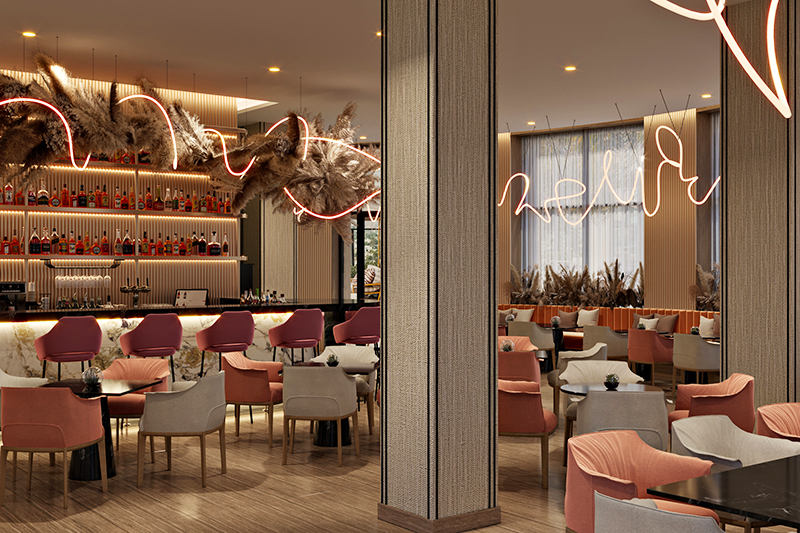 A Neo Bistro is part of a movement, inspired by reimagined approachable dining in Paris. In terms of aesthetics, GARTH  dons a neutral palette of warm beiges, browns, creams and dusky pinks. Pampas grass features in a big way, lining the windows and overhead of the bar.

GARTH will serve up dishes with influences from Italian, Greek and Southern French cuisine. There will be a dedicated raw bar serving raw fish and seafood plates, with other dishes on the menu including top-quality meats, fish and greens. Cocktails, New and Old World wines, premium spirits and more will also be served.

No contemporary lounge would be complete without entertainment, and the music here is produced by a team from Moscow. Sounds include new wave funk, soul, jazz and chill rave, and there are set to be live singers and soul acoustic piano music for special dinners.

Eat & Drink
Restaurants
EDITOR’S PICKS
Ain Dubai will open with fireworks, live music and a drone show
READ MORE
Incredible Aura SkyPool to open in Palm Tower this November
READ MORE
Brit Grand Slam hero Emma Raducanu confirmed for Mubadala Tennis
READ MORE
What’s On Nightlife Awards 2021: Here are the nominees...
READ MORE
MOST POPULAR
So, when is the next UAE public holiday in 2021?
Why Armani/Hashi is trending hard on the Japanese cuisine scene
Celebrate creativity at City Walk during this three-weekend event
This Heinz Beck brunch at Waldorf Astoria just got an upgrade
10 brilliant things to do in Abu Dhabi this long weekend: Oct 21 to 23
YOU SHOULD CHECK OUT
Our website uses cookies and other similar technologies to improve our site and your online experience. By continuing to use our website you consent to cookies being used. Read our privacy policy here.