They’re back and we love it…

Dubai is no stranger to a celebrity or two, but with the past year or so’s travel restrictions, we haven’t seen as much of them as we used to. Until now, that is. It’s been a busy week for celebrity spotting in the city, which has been visited by everyone from world-famous sport stars to Monaco royalty. 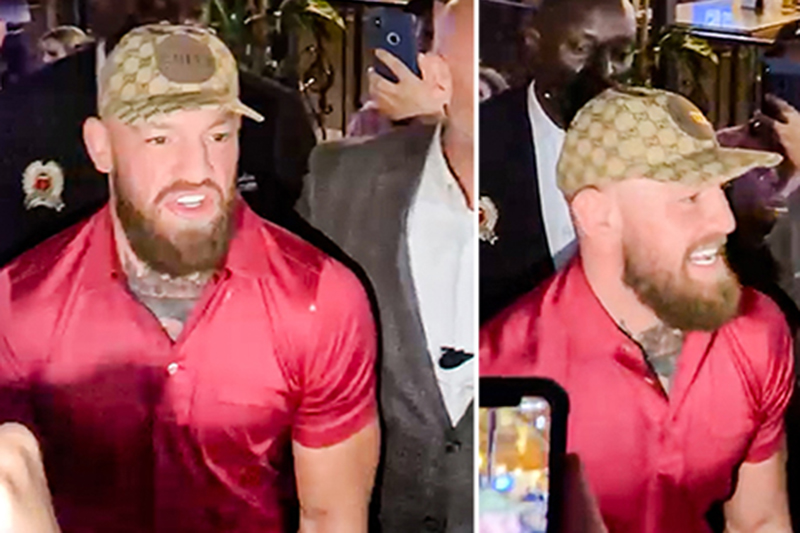 On Friday, November 5, revellers enjoying their weekend pints were shocked to see none other than world-famous MMA fighter Conor McGregor ambling through the beer garden. According to sources, McGregor was there to watch Friday’s MMA fight from a private room at the venue with his coaching team.

DJ Peggy Gou is currently sunning it up in Dubai. She’s due to perform at Soho Garden on November 19, so if you’re a fan of hers, make sure to book your table.

On Saturday, November 13, none-other than world famous sprinter Usain Bolt was in the city. He was at Expo 2020 on Saturday to take part in a 1.45km public family run, organised by PepsiCo and the Sports, Fitness and Wellbeing Hub at Expo 2020 Dubai. What’s On editor Laura even managed to get a high five with him.

All of Me crooner and husband of Chrissy Teigen, John Legend was in Dubai on November 3 to perform his top his at the Chanel fashion show after party, which took place at Dubai Harbour.

Actress and wife of Nick Jonas, Priyanka Chopra, was in Dubai this week for the launch of a collection with Bulgari.

H.A.S Prince Albert II of Monaco was in Dubai on Saturday, November 13 for the official flag ceremony of the Monaco pavillion at Expo 2020.

Conor McGregor shocks revellers by turning up at McGettigan's JLT

Actress Penelope Cruz was in the city to attend the Chanel fashion show which took place at Dubai Harbour, alongside singer John Legend.

Celebrities
News
EDITOR’S PICKS
Here's the full list of UAE public holidays in 2023
READ MORE
23 incredible things to look forward to in the UAE in 2023
READ MORE
Hidden gems: 10 UAE desert pop-ups to discover this winter
READ MORE
Where to travel in 2023: 10 new flight routes from the UAE
READ MORE
MOST POPULAR
The Wizarding World officially comes to Dubai
11 homegrown UAE restaurants that have gone global
13 new brunches in Dubai that will spice up your February
You can now tour these 12 ladies' nights on Yas Island
Sweep your special someone off their feet at TH8 Palm Jumeirah
YOU SHOULD CHECK OUT
Our website uses cookies and other similar technologies to improve our site and your online experience. By continuing to use our website you consent to cookies being used. Read our privacy policy here.