All our favourite things to do this XXL, extended and uncut edition of the Abu Dhabi weekend. Make it count amigos…

New at the movies this weekend

Taika Waititi’s second crack at Asgardian magic, Thor: Love and Thunder — reunites us with battle-worn Scandinavian deity, and Avenger, Thor. Despite opting out of the third film in the Saga, Thor: Ragnarok, Natalie Portman returns as Jane Foster and if this movie follows a Mighty Thor comic trajectory as Waititi has hinted at — we’re highly likely to see Portman donning her own cape and becoming an avatar of the thunder lord herself. Villainy is supplied by Christian Bale who’s set to hit screens as Gorr, a bad guy with pretty lofty mission aspirations, even for a Marvel character; and everyone’s favourite ragtag bunch of space bandits, The Guardians of the Galaxy are also slated to appear. We’ve got nothing but love for the way Waititi tells his stories on screen, how his humour and abstract asides add to the MCU’s tapestry rather than pick away its threads. Though it’s unlikely to dictate the flow of Phase Four, Chris Hemsworth and Waititi make movies that are a sight for Thor eyes.

Warner Bros. World Abu Dhabi was your top pick for ‘Favourite Attraction’ in the What’s On Abu Dhabi Awards 2021. And we felt that. All of our favourite DCU superheroes (and villains), Tom, Jerry, Buggs, Daffy, Tweetie, The Flintstones, and backed up by some spectacularly wild rides – plus all those expertly choreographed shows (with some special additions for the occasion of Eid). And if all that wasn’t enough, there’s the pocket-friendly incentive that kids go free to Yas Theme Parks all summer long.

We’ve hand picked 20 of the best last minute Eid staycations in the UAE. You can find the full list in our guide, but one of our favourite has to be the Shangri-La Resort, Qaryat Al Beri — you’ll get a three-night stay for the price of two. Room rates start from Dhs877 per night, and include an overnight stay in one of Shangri-La’s luxurious rooms, plus the option to upgrade to include a daily buffet breakfast at Sofra as well as a 3pm late check-out. It’s valid until July 17.

Last week has the Department of Culture and Tourism — Abu Dhabi announced that a new megaproject will be joining the Saadiyat Cultural District’s collection of museums, galleries and places of worship — teamLab Phenomena Abu Dhabi. And despite the fact it’s not due for completion until 2024, there is a way to get an electric preview of its truly astonishing installations. It’s being held at Mamsha Al Saadiyat from June 24 to July 17, and you’ll find it next to the new Society Cafe.

Your invitation to make a day of it at one of the six Yas Plaza Hotels’ stunning array of pool complexes. Your package includes dip access, your own private room and a meal at one of Yas Plaza’s selection of award-winning restaurants. And in an extra piece of welcome news for parents, the price includes free access to kids’ clubs where applicable. Inclusive of boredom-busting activities and spectating rights on animated movies. Single and double room packages start at just Dhs249 for four-star hotels and Dhs199 for three-star hotels. Family bookings (based on two adults and two children) are only Dhs299 for the four-star days, and Dhs249 for the three-star option.

Get the jump on your week by heading to Marina Mall’s extreme trampoline park, Bounce — and picking up one of their special passes. Inside there’s a Free-Jump arena; Slam Dunk zone; you can play Dodgeball; find the origin of fun in the Big Bag; dare you face The Wall?; or dive into the upgraded adrenalin of the X-Park?; Just here for the gains? You can also get involved with some Bounce Fit; there are also the elevated thrills of the Zip Line, the Quick Drop and Speed Slide. Prices start at 85 for adults but there’s a premium unlimited day pass (access all areas) charged at Dhs250 for adults and Dhs180 for kids.

A friend in Eid

You can experience an authentic Middle Eastern feast at the Majlis Lounge of Rosewood Abu Dhabi for the first two days of Eid (pending moon sighting for final confirmation on calendar dates). Their Eid Al Adha menu includes delights such as a sharing mezze platter, with baba ghanouj, vine leaves, chicken liver and makanek; a collection of mains that includes shish tawook, lamb kofta and lamb shish kabab, and fresh fillets of grilled salmon; Chef Emad’s dessert selection rounds the meal out with the venue’s signature baklava and a traditional sweet selection.

Sim simmer, who got a brunch as an Eid break dinner? 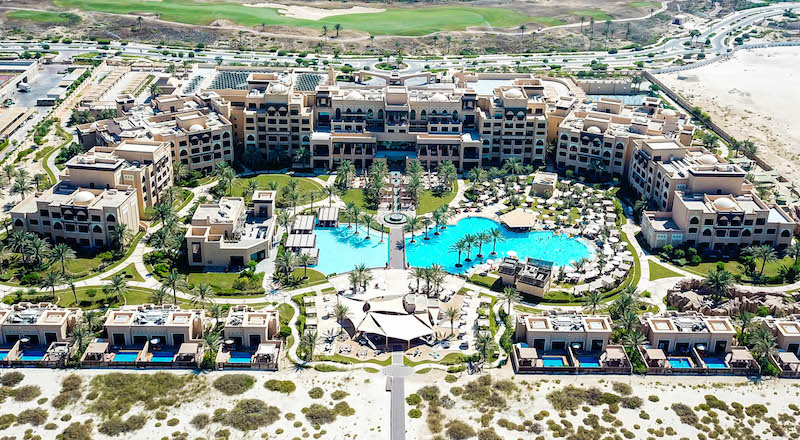 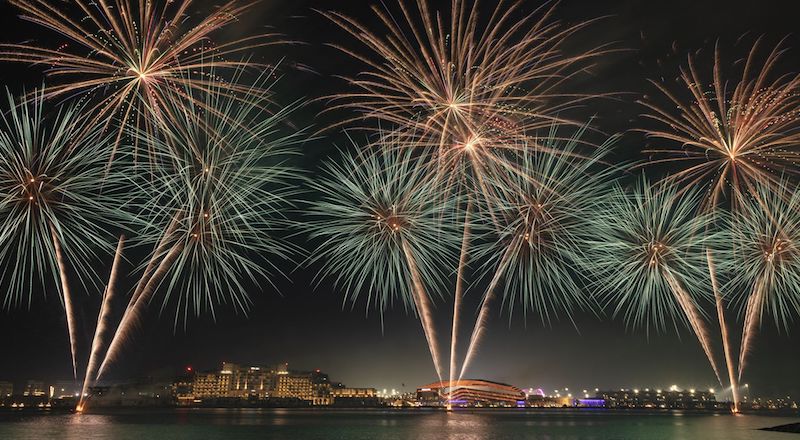 Following the Eid pronouncement, Yas Bay will light the celebratory touch papers of a three-evening fireworks spectacular (from 9pm each night). Festivities are likely to begin of Friday July 8, in line with the start of the announced public and private sector holidays, although only the moon can supply the official launch claxon.

There’s a weekly Hip Hop (and R&B) Karaoke night every Thursday at Atlon Bar and Bistro, letting you get up on stage and be the Cut Chemist, Busta, Missy, Biggie or Drake you were always born to be. Issue open invitations to ride on a Genuwine ‘Pony’; join Mary’s campaign against hateration and holleration in local danceries; or investigate if indeed the people truly have Forgot about Dre. You may have detected a certain 80s/90s/00s bias in our song/artist selection here. You think the modern stuff is better? Get on the mic and prove it? It goes down between 8pm and 11pm, with a free flow drinks package available for just Dhs99. The beverage list includes wine and beer; spirits, margaritas and old fashioneds.

This one is for the families. The Yas Waterworld Neon Nights series has been lighting up our summer. In what is quite possibly the ultimate after-dark water park glow-up, guests will be able to plug in from 10am, but things start to amp-up after sundown with a neon-lit splash session until 9pm. In addition to the illuminated kaleidoscopic visuals, there’s the UAE’s only neon-lit lazy river, a live DJ, LED dance performances, and party games including glow in the dark tic-tac-toe, Jenga, and Connect Four. 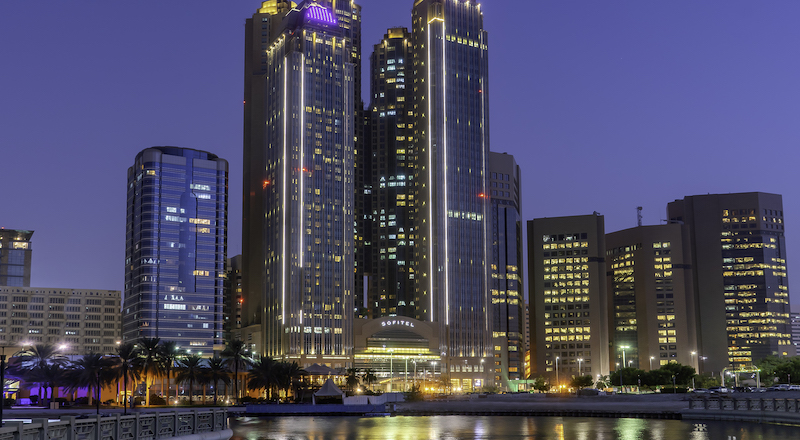 There’s a trio of Eid brunches going down at Sofitel Abu Dhabi Corniche over the long weekend. Tune in and dine out with live cooking stations and an all star international gastronomic line-up on Saturday, Sunday and Monday.

The artistry house formally known as Makespace, has a new name — Make, a new face, but their crafty collection of activities all go down in the same funky space. At Make Kids and adults can get involved in a dazzling range of arts, design, technology and craft workshops — with hands-on teaching sessions available in jewllery making, wordworking, cermaics and metalshopping. For a full list of their upcoming courses, keep your eyes on their social channels.

Rumble in the jungle 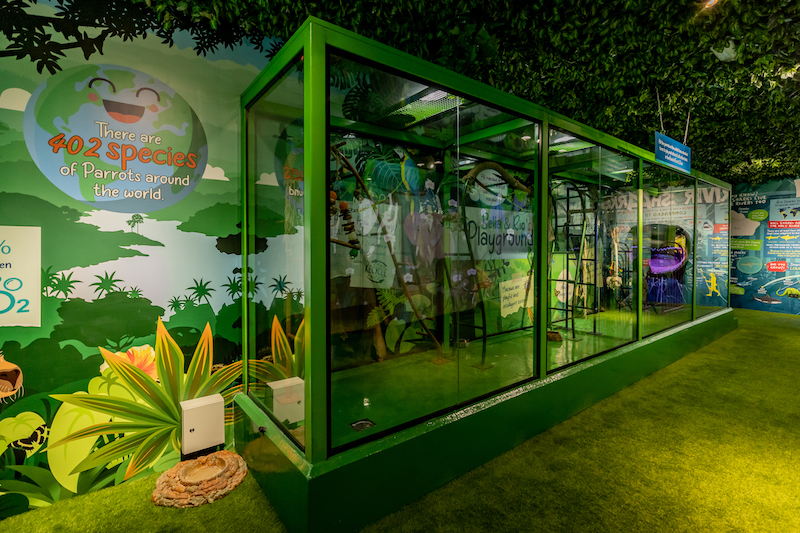 Located in the amphibious wonderland that is The National Aquarium’s Flooded Forest, a brand new interactive play centre — Bella and Rio’s Playground — designed with the specific intent of getting kids up close to nature, has just opened and is completely free to ticket holders. Named after local aquarium residents, the pair of hyacinth macaws, Bella and Rio’s Playground offers inspirational, exciting and educational experiences such crafting and colouring models of the Flooded Forest’s animals (including macaws, anteaters, monitor lizards, and capybaras) that will come to life on an animated wall display. More interactive educational fun stuff comes in the form of video mapping volcanos, tinkering with plankton, you can meet Khalid –  the pearl diver, and get hands-on with an ice-age interactive feature. 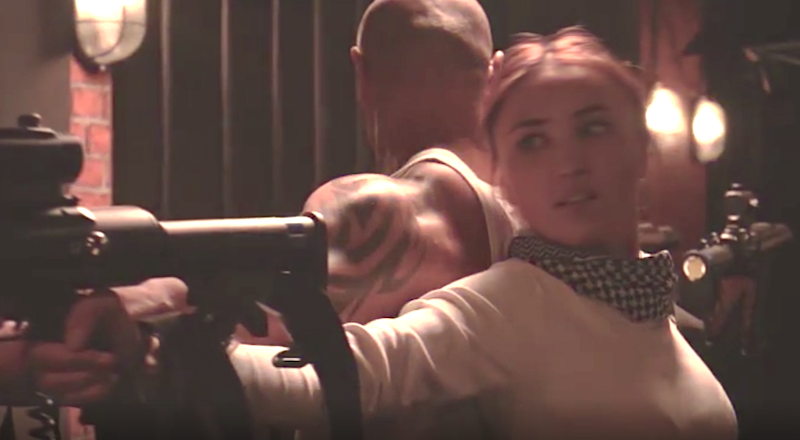 A brand new ‘digital paintball’ experience has just opened in Abu Dhabi’s Marina Mall and it looks like a solid bullseye for the Call of Duty generation. There are a few different ways you can play at Battle Park — gather the squad for iBattle, a team deathmatch spawned in an abandoned prison-themed layout, from Dhs75 for a 20 minute game. There’s also a virtual shooting simulator with sessions priced from Dhs40, and target shooting from Dhs50.

Now open to the public, Abu Dhabi Summer Sports is on a mission to keep the capital’s residents active this summer, providing a gargantuan 27,000 square metre indoor AC-cooled space to get gains in. Operating out of Abu Dhabi National Exhibition Centre between now and August 31, between 8am and 1am daily, Abu Dhabi Summer Sports will offer 25 courts, a running track, a huge indoor inflatable assault course, kids’ zone and food and beverage outlets. Available sports facilities to get involved with include a seven-a-side football field, two lots of five-a-side football courts, eight Padel tennis courts, three basketball courts, three badminton courts, three volleyball courts, one cricket court, a CrossFit track, and a 1-km running track.

You can make reservations via the adsummersports.ae website, the social media accounts @ADSummerSports or by calling (800) 23 632.

Abu Dhabi is all about the cafes, there’s literally thousands of them across the emirate, each with their own particular perks. But if you fancy indulging in some Java lava amongst some particularly ‘extra’ surrounds, have a pour through our guide to the most surreal cafe experiences in Abu Dhabi. There’s a cafe made to look like the inside of an aeroplane cabin, a cafe where you can pet owls, get your hair cut, dine in 2D and even creat a piece of art. Art House Cafe is a venue that celebrates the creative spark, letting you can go full Picasso on a plate for Dhs20, there’s the option to paint masks (Dhs30) or knock up a miniature brick painting (Dhs10).

but make it interactive. Said almost nobody ever, but somehow it still exists — and it does so right here in Abu Dhabi. Teams of two to 10 players can try their (disembodied) hand at a pair of spooky narrative-driven escape room experiences — with live actors. House of Evil and The Morgue — both take about 60 minutes to complete, and are priced at around Dhs180 (based on four players) per person.

Falling in Louvre all over again 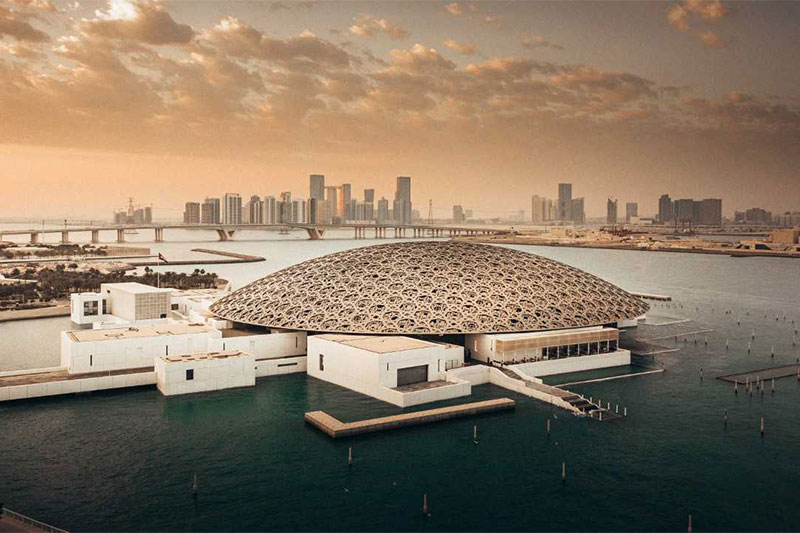 Abu Dhabi is home to a treasure trove of galleries, musems and culturally significant awesomeness. We recommend you take a quick look at our guide to some of the local highbrow highlights. But if we were to pick one, it’d be Louvre Abu Dhabi. In addition to housing one of the most beautifully curated, story-telling collections of art and objets-de-wow, they host movie nights, there’s a children’s museum, make and play sessions, paint and grape nights, special exhibitions (right now you can catch Stories of Paper) and even guided drawing tours. Held every Wednesday and lead by the Museum Educator you’ll learn insider skills, artistic trickery and see a different side to this world-class museum.

Culture
Eat & Drink
Staycations
Summer Deals
Things to do
EDITOR’S PICKS
Here's the full list of UAE public holidays in 2023
READ MORE
23 incredible things to look forward to in the UAE in 2023
READ MORE
Hidden gems: 10 UAE desert pop-ups to discover this winter
READ MORE
Where to travel in 2023: 10 new flight routes from the UAE
READ MORE
MOST POPULAR
Pics of the week: Your best photos of the UAE
Dhow & Anchor has got you covered every day of the week
RTA: All the road closures you need to be aware about
Review: The Nice Guy Dubai
Masha and the Bear is coming to Abu Dhabi this April
YOU SHOULD CHECK OUT
Our website uses cookies and other similar technologies to improve our site and your online experience. By continuing to use our website you consent to cookies being used. Read our privacy policy here.