Craving Lebanese food and happen to be in Business Bay? Great news, because then you can tuck into food at popular eatery Barbar.

The new opening in Bay Avenue is Barbar’s second branch in Dubai. The two-story space is located near the Executive Towers complex in Business Bay. 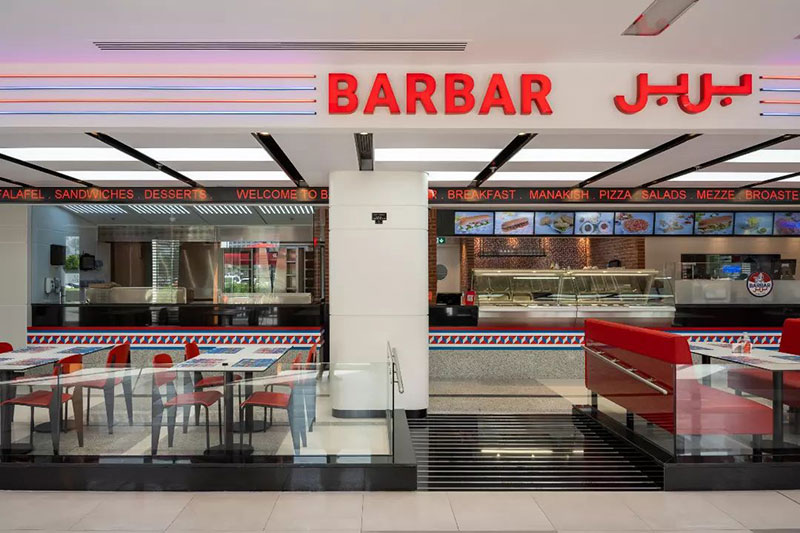 Barbar is a favourite in Lebanon and has been open for more than 40 years. Its humble start was a small bakery in Hamra Street in the heart of Beirut but it quickly rose to fame for its manakish, shawarma and falafel. The restaurant’s sandwiches are also quite popular with signature offerings such as iconic Francisco, Philadelphia and more.

After opening in Dubai on Hessa Street, thousands have flocked to the restaurant night and day for the authentic Lebanese flavours. The new restaurant at Business Bay is just the start of its ambitious expansion plans with plans in place to launch in Riyadh in Saudi Arabia, Lusail in Qatar and Cairo in Egypt.

Founder of Barbar, Mohammad Al Ghaziri, Founder of Barbar stated, “It has been incredible to see Barbar’s expansion, from our humble beginnings in Beirut to an established and favorite casual eatery for both the Lebanese and multi-cultural diners of Dubai.”

“This new opening is truly an exciting time for Barbar as we open for a second time in under a year right here in Dubai. Our expansion into the wider Arab nations means that the Lebanese community will be able to cherish the nostalgic flavors from home, while local citizens and residents alike will explore a taste of Beirut.” he added.

The restaurant’s branch on Hessa Street is open 24 hours, seven days a week but the new branch at Business Bay is open from 8am to 1am (the following day).

Can’t step away from your desk? Order online here.

Eat & Drink
EDITOR’S PICKS
Here's the full list of UAE public holidays in 2023
READ MORE
23 incredible things to look forward to in the UAE in 2023
READ MORE
Hidden gems: 10 UAE desert pop-ups to discover this winter
READ MORE
Where to travel in 2023: 10 new flight routes from the UAE
READ MORE
MOST POPULAR
Bar of the month: CouCou
Jumeirah Mina A’Salam reopens with a brand new look
This legendary New York hotel group is opening a hotel in Dubai
8 great spots for the tastiest and flakiest pastries in Dubai
An explosion of flavour awaits at Trove Dubai this Valentine's Day
YOU SHOULD CHECK OUT
Our website uses cookies and other similar technologies to improve our site and your online experience. By continuing to use our website you consent to cookies being used. Read our privacy policy here.