Back in 2017, Dubai’s Roads and Transport Authority (RTA) announced that it added a number of cars from electric vehicle manufacturer Tesla to its limo fleet.

It proved to be a huge success which is why RTA has announced that it will be adding Tesla Model 3 saloons to the Dubai Taxi Corporation’s taxi fleet. It is currently in its trial phase to verify the efficiency of the vehicle when deployed on the taxi fleet in the emirate.

#RTA announced that Tesla Model 3 had been added to Dubai Taxi Corporation’s taxi fleet on a trial basis, following the huge success of operating 172 Tesla vehicles in the limousine service since 2017. https://t.co/6pqh6VIL3f pic.twitter.com/bOw8D4hk99

Watch: Dubai streets are being mapped to prepare for driverless cars
Self-driving taxis will be on Dubai roads by the end of 2023

Speaking on the addition of the Tesla vehicles to the fleet, His Excellency Mattar Al Tayer, Director-General, Chairman of the Board of Executive Directors of RTA stated, “It is an exceptional experience which contributes to realising His Highness Sheikh Mohammed bin Rashid Al Maktoum, Vice-President, Prime Minister of the UAE and Ruler of Dubai’s Green Economy for Sustainable Development Initiative. It also supports the Dubai Government’s energy and low carbon strategy aimed to make Dubai a model to be emulated in the efficient use of energy and reduced carbon emission,”

He added in 2017, a total number of 172 Tesla vehicles as part of the limousine fleet of the Dubai Taxi. This included 80 Tesla Model S, 50 Tesla Model X, and 42 Tesla Model 3. Al Tayer stated that the vehicles “recorded positive indicators in operational efficiency, especially in terms of zero carbon emissions and a high customer satisfaction rating.” 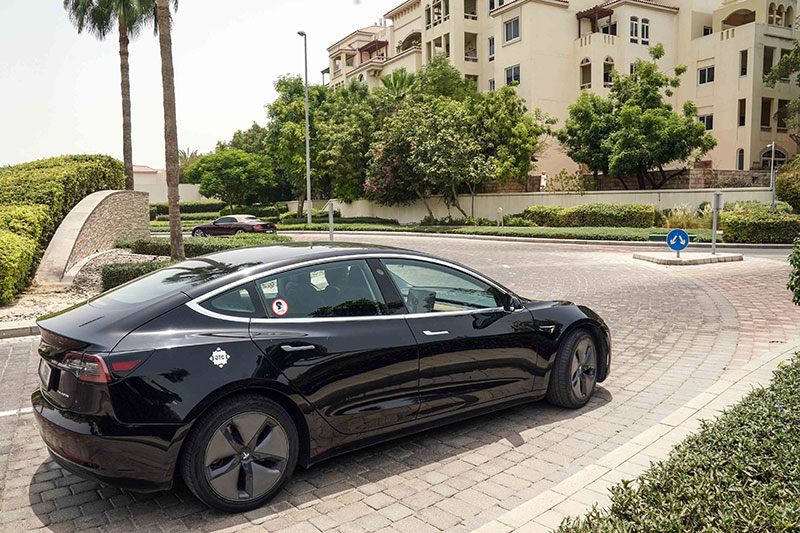 Al Tayer stated that the success of the experiment prompted RTA to widen the scope of using electric vehicles as part of the Dubai Taxi fleet over the upcoming years. By 2026, 90 per cent of the limo fleet in Dubai will be converted to eco-friendly vehicles (hybrid/electric). Al Tayer commented that the ‘initiative is the first of its kind worldwide in adopting a semi-total transformation of limousines into environmentally-friendly vehicles’.

Last month in June, RTA also revealed that Dubai streets are now being mapped to prepare for driverless cars. The driverless taxis will be trialled in the city by the end of 2022 with the actual service expected to be rolled out in 2023.

News
Transport
EDITOR’S PICKS
Here's the full list of UAE public holidays in 2023
READ MORE
23 incredible things to look forward to in the UAE in 2023
READ MORE
Hidden gems: 10 UAE desert pop-ups to discover this winter
READ MORE
Where to travel in 2023: 10 new flight routes from the UAE
READ MORE
MOST POPULAR
The UAE law changes on marriage, divorce and child custody to know about from February 1
5 fabulous new Dubai hotels to check-in to
Pics of the week: Your best photos of the UAE
Dhow & Anchor has got you covered every day of the week
RTA: All the road closures you need to be aware about
YOU SHOULD CHECK OUT
Our website uses cookies and other similar technologies to improve our site and your online experience. By continuing to use our website you consent to cookies being used. Read our privacy policy here.