The team has found fitness and friendship in dragon boat racing…

We’re not the first boat out on the waters of JBR, but almost. It’s 8am and we’ve joined the Dragon Fire Dragon Boat Club for its Friday morning practice ahead of a big competition at Dubai Creek on the weekend.

Melissa O’Brien is today’s boat leader, and the club’s coach. After 13 years of dragon boating, she’s still excited to be on the water. Now, as we leave the Sheraton shore in our rearview, her voice cuts through the morning air as she shouts out instructions. 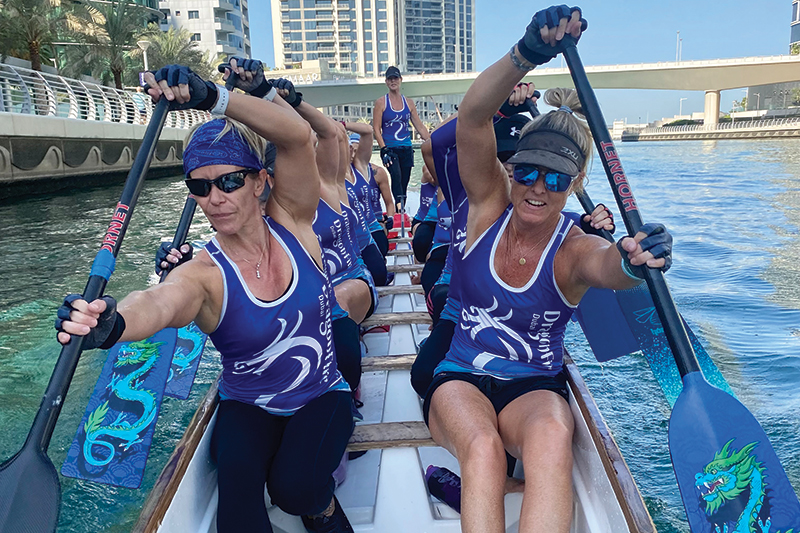 “Throw that outside shoulder forward now!” she urges, sounding like your favourite youth sports coach. “Throw it forward, snap it forward and hold!”

Tourists wave at us from shore as we make our way out towards the blue. We stop from time to time, yielding to wakeboard boats or to take quick water breaks while soaking up more wisdom from O’Brien.

Seated directly in front of us, Dragon Fire members Bethan Bencini and Casie Keynes-Philip chat between paddling. They’re just two of the new club draftees who, after spotting a recruitment drive on Dragon Fire’s Instagram page run by co-founding member Erika Clements, were inspired to try out based on the team’s palpable camaraderie and inspiring fitness regime.

“Beginners always have the opportunity to come and try out a few sessions before deciding if this sport is a good fit for them,” says Clements. “They get a chance to check us out, but we also have to check them out as they need to start with a good base fitness level.” 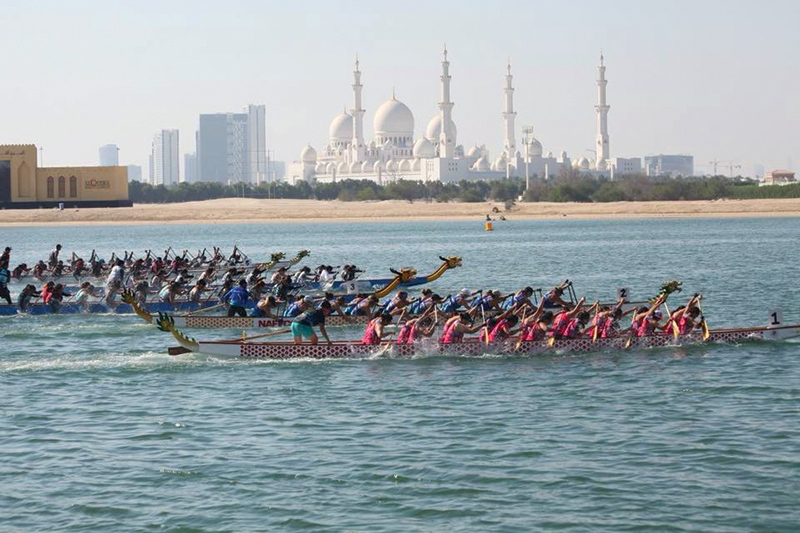 The club, which has been running since 2016, trains on the water and in the gym three days a week, but often up it to four if they’re preparing for big, often international, competitions. Competing is something the team takes very seriously. “The dragon boat community is very competitive, but it’s healthy. We all cheer each other on and have a great respect for other teams,” Clements adds.

For newbies, there’s a bit of lingo to learn on a dragon boat. For instance, ‘heads in the boat’ means get ready to paddle. ‘Let it run’ means stop paddling and let the boat’s momentum carry you forward. 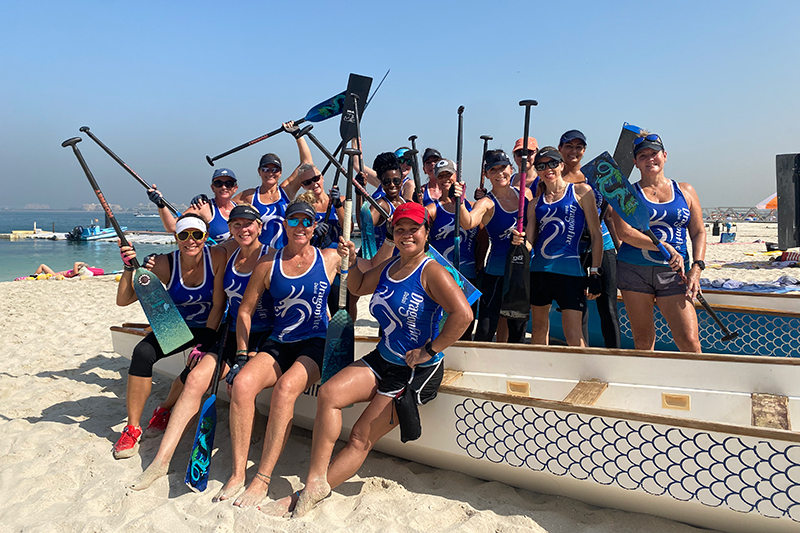 But it’s more than competition that binds the ladies. Many of the club’s members have been paddling for over 10 years together. “Dragon Fire is a family,” Clements beams. “We’ve seen each other cry, laugh, sweat, and sometimes even being sick. We lift each other up to make us feel strong and powerful. Most of us are employed. Most of us are married. And most of us have children, but this time on the boat is all about us. Us as strong female individuals and us as a strong female team that empowers each other.”

As we cruise past Ain Dubai headed back for shore, talk turns to the upcoming competition. As we listen on, we can’t help but hope that there’s room for one more onboard this season.

Sport & Fitness
EDITOR’S PICKS
Here's the full list of UAE public holidays in 2023
READ MORE
23 incredible things to look forward to in the UAE in 2023
READ MORE
Hidden gems: 10 UAE desert pop-ups to discover this winter
READ MORE
Where to travel in 2023: 10 new flight routes from the UAE
READ MORE
MOST POPULAR
Celebrate love with this Beach Resort's floating breakfast above the clouds
How Dubai is becoming a hub for wellness (and where to search for serenity)
Don't forget, Shrek the Musical is taking place at Dubai Opera this month
29 Sheikh Hamdan-approved restaurants in Dubai
Watch a movie under the stars at Expo City Dubai
YOU SHOULD CHECK OUT
Our website uses cookies and other similar technologies to improve our site and your online experience. By continuing to use our website you consent to cookies being used. Read our privacy policy here.