Unless you’re in hiding, you would have heard the news of Morocco’s win against Spain in the World Cup on December 6, 2022. It was a huge reason to celebrate for the Arab world and its supporters as it is the first Arab team to reach the World Cup’s Final 8. It is also the first African side to do so since Ghana in 2010.

The UAE Royals were also thrilled about the 3-0 win in the penalty shoot-outs and tweeted out their congratulations.

HH Sheikh Hamdan bin Mohammed bin Rashid Al Maktoum the Crown Prince of Dubai also sent out a congratulatory tweet following the match stating, ‘Congratulations to Morocco for this deserved victory and outstanding heroic performance… Today, the Atlas Lions scored an unprecedented achievement in the history of Arab football by qualifying for the quarter-finals.’ 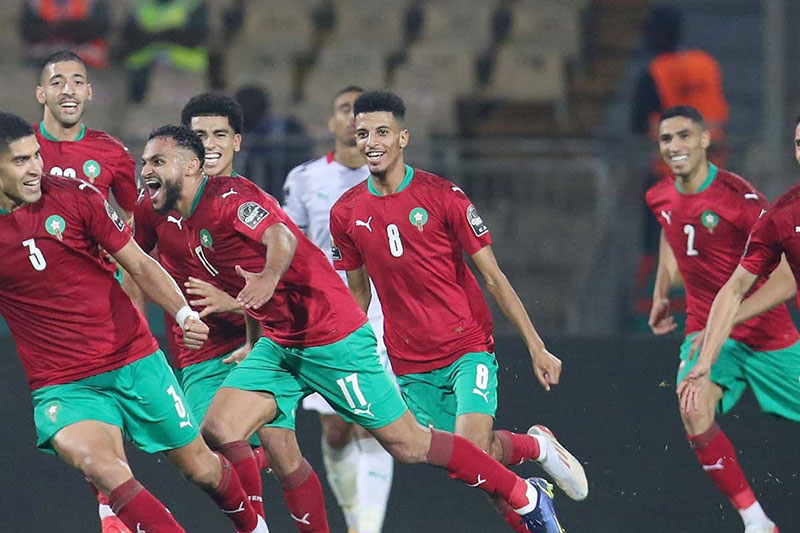 Last night, the last matches of the Round of 16 were played and on Friday, December 9 and 10 the quarter-finals begin.

If you want to watch the match, you can head on over to one of Dubai’s fanzones; or a sports bar or lounge.

Well done, Morocco and best of luck for your future matches.

News
Royals
EDITOR’S PICKS
Here's the full list of UAE public holidays in 2023
READ MORE
23 incredible things to look forward to in the UAE in 2023
READ MORE
Hidden gems: 10 UAE desert pop-ups to discover this winter
READ MORE
Where to travel in 2023: 10 new flight routes from the UAE
READ MORE
MOST POPULAR
Win a holiday around the world with Dubai Creek Resort
16 places to get fabulous pre-loved and thrifted apparel
Celebrate the month of love at Fairmont The Palm
How to support those affected by the Turkey-Syria earthquake
Celebrate love with this Beach Resort's floating breakfast above the clouds
YOU SHOULD CHECK OUT
Our website uses cookies and other similar technologies to improve our site and your online experience. By continuing to use our website you consent to cookies being used. Read our privacy policy here.