Paw Patrol races to the rescue in Abu Dhabi this June

They are always on the double…

If you’re looking for some exciting news to share with the kids, this will perk up a bunch of ears – Paw Patrol Live is returning to Abu Dhabi this summer.

Taking place across four days from Thursday, June 8 to June 11, the interactive live show is bringing all of your favourite animals to life. Kids and adults alike will teleport to the world of Paw Patrol including Adventure Bay, The Lookout, Seal Island and other destinations with the use of classic theatrical scenery and a high-tech video wall.

The adventure-fueled stage show includes plenty of audience interaction so little ones are encouraged to engage.

Since its debut in the autumn of 2016, Paw Patrol Live has been seen by over four million people, with fans from over 40 countries. The unforgettable broadway experience and the exciting storyline have captured the hearts of parents and kids alike. 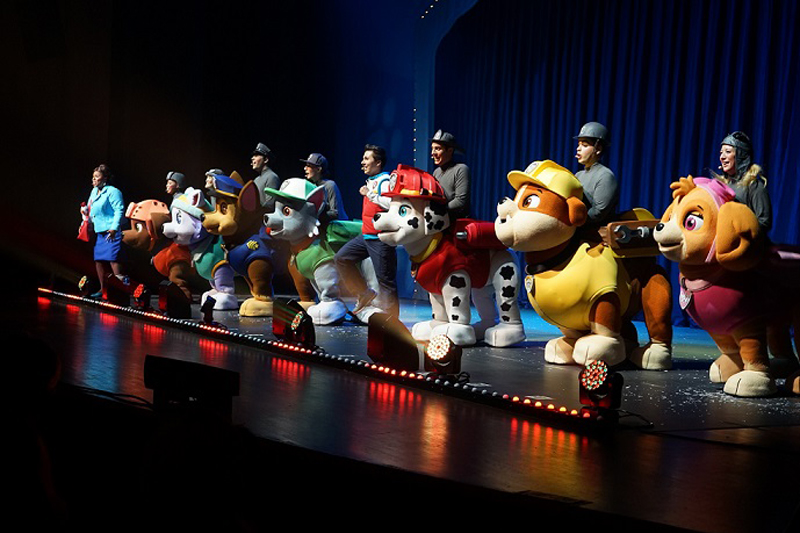 Naturally, it’s Paw Patrol to the rescue! Ryder summons the best of the best – Chase, Marshall, Skye, Rubble, Rocky, Zuma and Everest to find and rescue Mayor Goodway and take her place in the race.

Using each of their unique skills and teamwork the pups show that ‘no job is too big and no pup is too small.’

During the adventure, Ryder and his gang share valuable lessons about citizenship, social skills and problem-solving as they make heroic rescues on their way to the finish line of the race.

Ticket prices start from Dhs105. When purchasing four tickets in gold (Dhs250) or silver (Dhs175) categories, guests will receive a 15 per cent discount. There are also a limited number of ‘Very Important Pup’ (Dhs350) packages available and VIP guests will receive first-row premium seating as well as a meet and greet after the performance.

Culture
Performances
EDITOR’S PICKS
Here's the full list of UAE public holidays in 2023
READ MORE
23 incredible things to look forward to in the UAE in 2023
READ MORE
Hidden gems: 10 UAE desert pop-ups to discover this winter
READ MORE
Where to travel in 2023: 10 new flight routes from the UAE
READ MORE
MOST POPULAR
Cult Expo bakery, Bread Ahead to open in Mall of The Emirates
First look: Milos by Costas Spiliadis opens in Atlantis the Royal
Upcoming performances, international artists and more in Dubai
16 upcoming shows, sports events, concerts and festivals in Abu Dhabi
Win a holiday around the world with Dubai Creek Resort
YOU SHOULD CHECK OUT
Our website uses cookies and other similar technologies to improve our site and your online experience. By continuing to use our website you consent to cookies being used. Read our privacy policy here.