There are snazzy apartments coming to Ibn Battuta

They’ve only recently revealed their plans for the mall’s expansion, and the walkway from the Metro to the shops has only just opened. Well now the latest announcement is that the Ibn Battuta residences are coming – a new twin tower complex with 531 luxury apartments.

Why? Well it seems the good folk at Nakheel thought the Jebel Ali skyline was looking a little dull, and it was time to kit it out with two 48-floor buildings. 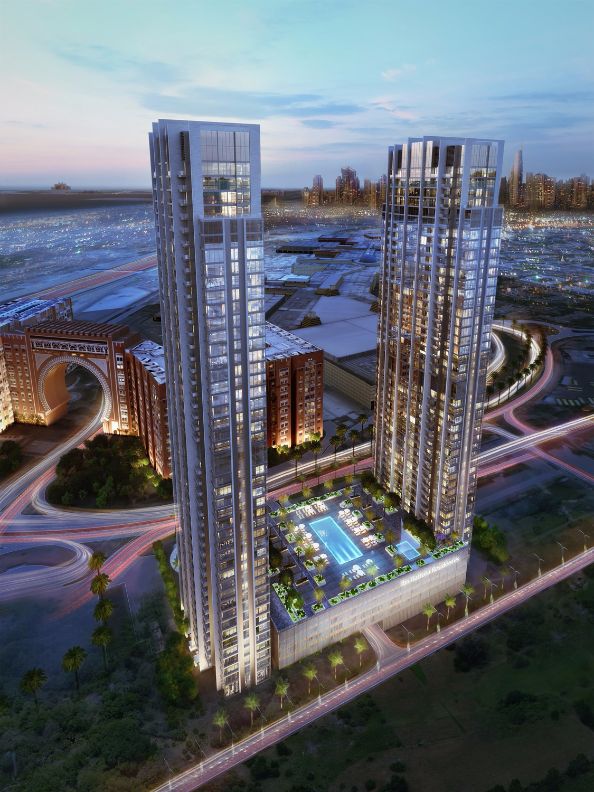 Move on, Seven Tides – there’s a cooler-looking building in town.

Inside you’ll find 395 two-bed apartments and 136 three-bed, some of which come equipped with a balcony and a maid’s room.

There’ll also be a podium-level health and recreation complex, complete with adult and kids’ pools and a gym. 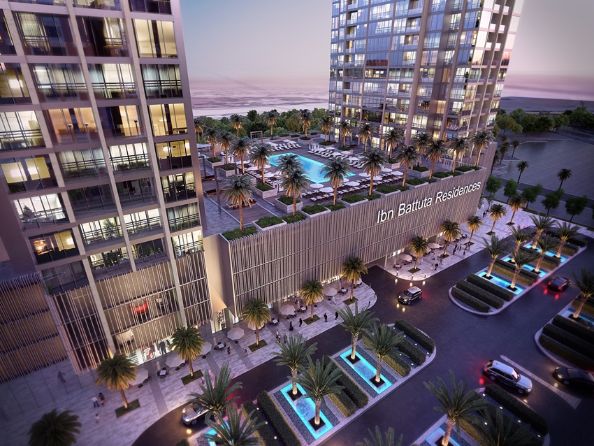 Shout ‘nerds!’ at pedestrians below from your pool-top podium.

If you love a good mall trawl and a snazzy sea-view, you’re in luck. Ibn Battuta Residences are within walking distance of the mall and the park with a view of the ocean.

The expected completion date for the apartment buildings is in Q4 2019. So don’t worry, you’ve got a bit of time to decide whether Ibn Battuta Residences is for you. 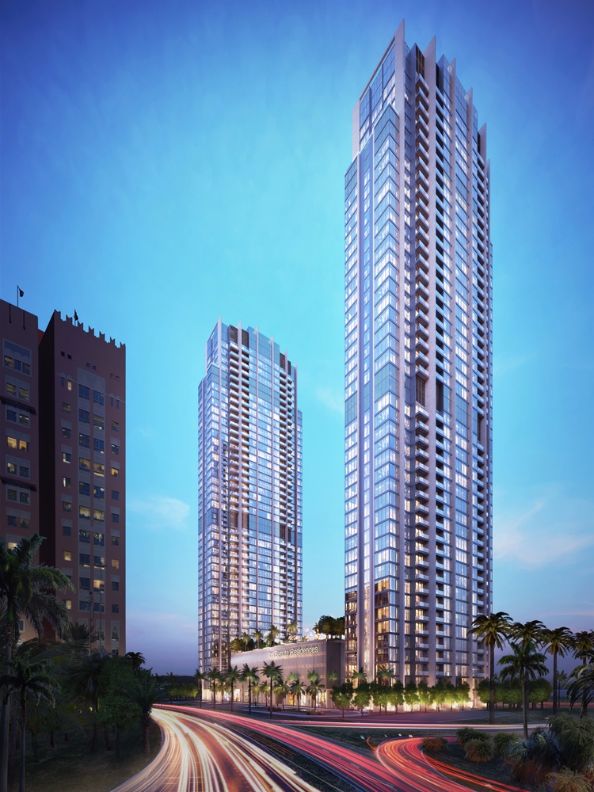 Smirk at peasants in smaller, inferior apartment buildings like the one on the left.

The two towers were unveiled at Cityscape Dubai, an annual construction convention at the Dubai World Trade Centre.

Ibn Battuta Residences were the second luxury project by Nakheel to be revealed at Cityscape. The other was Palm 360 – a twin-tower hotel and luxury apartment complex on the Palm Jumeirah which includes a bundle of 12,000 square foot (golly that’s large) residential penthouses.

Culture
News
EDITOR’S PICKS
13 Sheikh Hamdan-approved restaurants in Dubai
READ MORE
Dubai brunches temporarily banned in new preventative measures
READ MORE
12 upcoming Dubai mega-projects we can't wait for
READ MORE
16 of the best beach bars in Dubai for sundowners
READ MORE
MOST POPULAR
Satisfy your BBQ cravings at selected UAE Rotana hotels to win big prizes
7 worthwhile ways to celebrate Women's Day in Abu Dhabi
You can now buy Marks & Spencer's clothes at Nakheel Mall, Palm Jumeirah
Dine with acclaimed chef Massimo Bottura in Dubai this month
Tuck into Moroccan cuisine at this gorgeous restaurant in Downtown Dubai
YOU SHOULD CHECK OUT
Our website uses cookies and other similar technologies to improve our site and your online experience. By continuing to use our website you consent to cookies being used. Read our privacy policy here.