The superstar rapper will be headlining the three-night Formula 1 after party at the VIP Room pop-up in Cipriani, Yas Island.

He’s not the only big name that’s going to be rocking up, either.

However, it should be known – tickets for the concerts are not on sale to the general public, if you’d like to see one of these stars performing or hosting, you’ll have to reserve a table. The information on how to do so can be found at the bottom of the list.

Brace yourselves, here’s the schedule…

The Swiss-Chilean techno DJ rose to fame after carving himself a path that was heavily grounded in rock music. Luciano finally settled in Ibiza, where he became one of the island’s staple resident DJs.

A woman that needs no introduction. The socialite-turned-businesswoman went from the front page of tabloid mags to running a billion-dollar business. Oh, and if you didn’t know – she dabbles in music. Which means she’s going to be rattling off a DJ set for us.

The Canadian rapper was last seen in the region back in 2015, where he performed for a sell-out show at the Dubai International Cricket Stadium. Drake has since released new album Views, which debuted at number one on the Billboard 200.

Saturday will be hosted by Gallest, aka Rorrey Fenty, aka Rihanna’s little brother. Gallest dabbles in the rap game from time to time, and he’s been known to crack out some sweet freestyles, so perhaps we’ll be treated to some on the night. 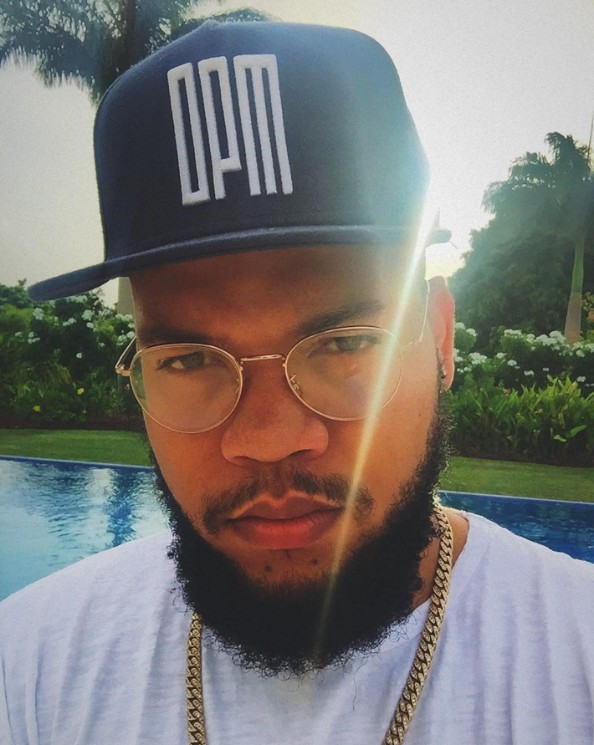 Drake won’t be performing on Sunday per se, but he’s set to be hosting the night alongside his friends. Who his friends are exactly is unclear, but in the words of a millennial, it’s sure to be ‘lit’.

They’re going to be joined by some surprise celebrity guests as well, who are yet to be announced.

How do I reserve a table?

THAT’S NOT THE ONLY PARTY THOUGH…

Inside the biggest indoor nightlife venue in the UAE, MAD on Yas Island will be hosting a similar collection of music world big-dogs over the weekend. Expect a performance from T-Pain on Thursday November 24, sets from Sean Paul and Rita Ora on Friday November 25, as well as Travis Scott on Saturday November 26 and Future on Sunday November 27.

Tickets will be Dhs300 for men including two beverages, while entry for ladies will be free.

As well as the concert at the VIP Room pop-up in Cipriani, Yas Island and the one at Mad, there’s a similarly enticing line-up at the du Arena, Yas Island.

Mr 305 himself, Pitbull, will be playing on Thursday November 24, with The Chemical Brothers taking to the stage on Friday November 25. On Saturday November 26 we’ll see Lionel Richie, with the whole ordeal coming to a close with a concert from Rihanna on Sunday November 27.

However, unless you’re holding race tickets for the Abu Dhabi Grand Prix, you won’t be able to attend. Read about it here.

News
EDITOR’S PICKS
What’s On Nightlife Awards 2021: Here are the winners...
READ MORE
Where to see fireworks in Dubai
READ MORE
This new ladies' night offers a free open bar every Tuesday
READ MORE
Coming soon: The hottest new bars, restaurants and beach clubs
READ MORE
MOST POPULAR
A new Thursday evening 90's drunch has launched in Dubai Marina
Disclosure and top Red Hot Chilli Peppers tribute to perform at Emirates Dubai 7s
First look: Stunning beach bar February 30 Dubai opens at Palm West Beach
This magical botanical gin garden is back this winter
Huge DJ nights coming to Abu Dhabi soon
YOU SHOULD CHECK OUT
Our website uses cookies and other similar technologies to improve our site and your online experience. By continuing to use our website you consent to cookies being used. Read our privacy policy here.