Dubai Parks & Resorts is going to continue to expand

You know how Motiongate, Bollywood Parks and Legoland have all now opened up in Jebel Ali at the Dhs13.2 billion Dubai Parks & Resorts?

Well, we all know there will be a rollercoaster-heavy Six Flags there by 2019 that will boast at least 27 rides, and that the Legoland Water Park will open soon, but it’s now been revealed that another park is being planned for the site.

Speaking to Gulf Business, Raed Kajoor Al Nuaimi, CEO of DXB Entertainments, said that here are plans for a fifth park in the Jebel Ali development:

“We have plans to add a fifth park. We are still working on it – it’s an amazing idea but it’s at the conceptual stage at the moment and once it’s the right time we will go out and expand it,” he told the website. 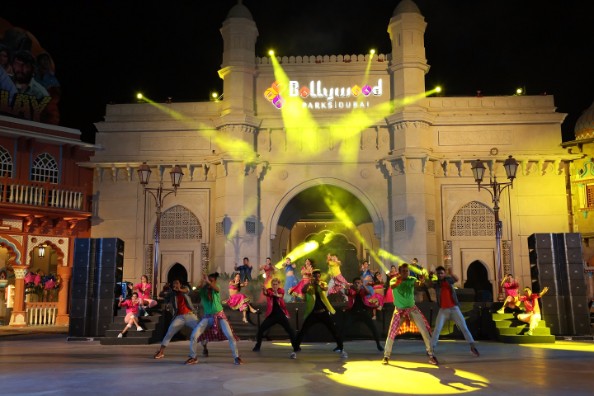 A show at Bollywood Parks Dubai

This comes on the heels of the announcement that IMG Worlds of Adventure will get another park next to it called IMG World of Legends. Meaning Dubai could be a seven theme park city by 2020. A theme park every day over a week? Not a shabby holiday for some. 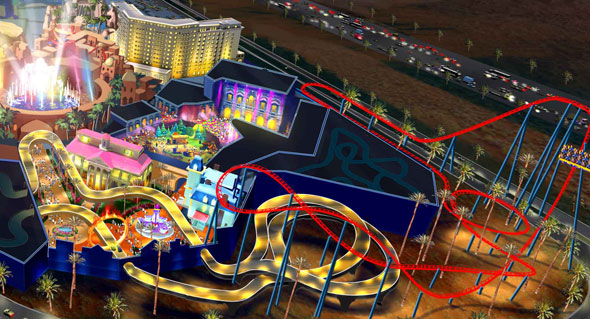 The plans for IMG Worlds of Legends

Al Nuaimi went on to add that the company’s main focus right now is developing Six Flags, which DXB Entertainments hold the rights to for the GCC (although earlier this year a waiver was signed to allow the development of a Six Flags in Saudi Arabia).

But for now, we still have three new Dubai theme parks to explore… not all of the rides are open in all of them (but the majority are) so there’s currently an offer until January 31 that allows you to visit all three theme parks for the price of one (Dhs295). Head here to read more about that.

Here’s our video tour of Legoland – you can read all about it here:

Here’s a guide to Bollywood Parks…

Here are the shops and restaurants you’ll find at Riverland Dubai.

Oh, and don’t forget, a Polynesian-themed hotel called Lapita will open up there soon too – we’ll keep you posted on that one.

In the meantime, here’s another glimpse at the parks as they stand now…

Outdoor
Sport & Fitness
EDITOR’S PICKS
Bla Bla: Dubai's huge new beach club is set to open this Thursday
READ MORE
16 of the best beach bars in Dubai for sundowners
READ MORE
Watch: A look inside Conor McGregor's Dhs20,000 per night Dubai villa
READ MORE
Where to get the Covid-19 vaccine in Dubai, Abu Dhabi and across the UAE
READ MORE
MOST POPULAR
Dubai Rugby Sevens: new dates announced for 2021
Seychelles: quarantine-free travel if you've had the Covid-19 vaccine
This new Friday night brunch includes free-flowing drinks for Dhs235
10 awesome things to do in Dubai this weekend: Jan 21 to 23
Where to dine under the DSF lights at The Beach this year
YOU SHOULD CHECK OUT
Our website uses cookies and other similar technologies to improve our site and your online experience. By continuing to use our website you consent to cookies being used. Read our privacy policy here.