An Indian businessman has just helped 132 prisoners get out of jail – and has pledged to help thousands more.

Firoz Merchant, a well-known philanthropist, has been spending money to clear the debts of UAE prisoners.

On Wednesday, January 25, Merchant paid Dhs150,000 to clear the debts of the 132 prisoners in Ajman Central Jail after pledging Dhs3.76 million to help expats affected by debt.

“These prisoners are victims of circumstances and are not real criminals. They are in jail because of debt,” Merchant told Gulf News.

“Whatever support we provided them is according to the UAE laws, and in consultation with the official authorities.”

The prisoners Merchant freed are expected to leave the country within the next few days, with the businessman also providing them with flight tickets and money to cover their transport when they get home.

Merchant is expected to use his money to release somewhere between 2,000 to 3,000 expats who have been jailed for debt.

More…
*Is it a bird? Is it a plane? No, it’s a Dubai firefighter*
*Dubai’s 10 priciest (and cheapest) private schools*
*This is set to be Dubai’s most expensive hotel*

The Indian billionaire made his fortune as the chairman of Dubai-based Pure Gold Jewellers, and since the start of his humanitarian initiative in 2008 has spent more than Dhs11 million helping those affected by debt. 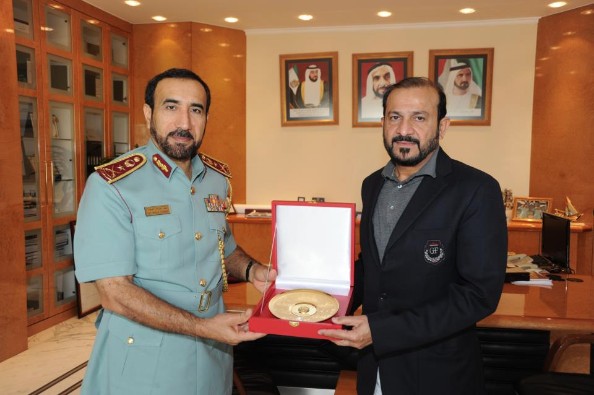 “Myself with H. E. Lieutenant General Saif Abdullah Al Shafar, Undersecretary Ministry of Interior, UAE, on 29th July 2012. Whereby I am being appreciated and rewarded by the UAE Ministry of Interior for my contribution to the release of insolvent prisoners.”

“We were helping people last year, but our work was not on a large scale. 2016 has been a tough year for many expats who are facing debt issues,” he said.

On top of Ajman, Merchant will be approaching authorities in Sharjah, Fujairah, Ras Al Khaimah and Umm Al Quwain to find out which prisoners he can help.

“We take care of only those applications that are forwarded by the prison authorities. Each case is evaluated and recommended by the authorities,” Merchant said.

Merchant only helps prisoners with debts of less than Dhs30,000.

His initiative is in line with 2017’s theme too…

The next 12 months are set to be rather charitable, according to a decree by HH Sheikh Khalifa bin Zayed Al Nahyan, President of the UAE, last month.

2017 will be “Year of Giving”, with a series of initiatives launched to “create a sense of community responsibility” and help social development.