It’s almost a new year (and decade) and that means there’s so much to look forward to, including much-anticipated new attractions, hotel and restaurant openings, concerts and cultural events and lots of ways to stay active and engaged in your capital.

Festivals, Events and Openings in 2020 in Abu Dhabi 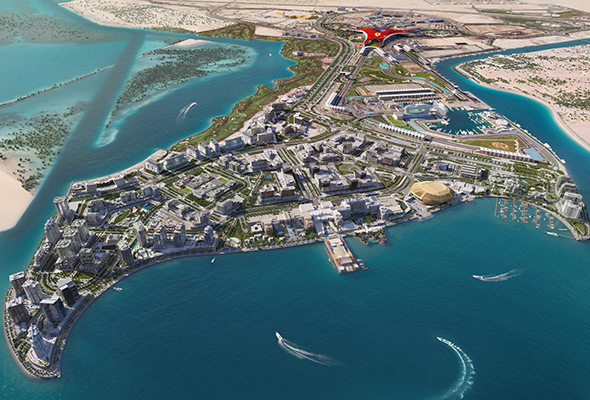 One of the biggest attractions to open in the capital in 2020 will be Yas Bay, a Dhs12 billion project. It will feature an indoor arena with flexible capacity for between 5,000 and 18,000 people. No word on the exact date, but it makes sense that the Miral project would be up and running well ahead of the Abu Dhabi Grand Prix and its associated events in November. Expect two hotels, up to 37 restaurants and cafes, 19 retail outlets, “The Waterfront” – complete with pier – and a new home for twofour54.

Date to be confirmed, but we will keep you updated.

One of the most valuable fitness additions to the capital in recent years has been Al Hudayriat Island, which is now host to an annual triathlon in partnership with the Abu Dhabi Sports Council. There are several distances to choose from and all courses offer protected swims, roomy transition areas and a looped bike course free of traffic. 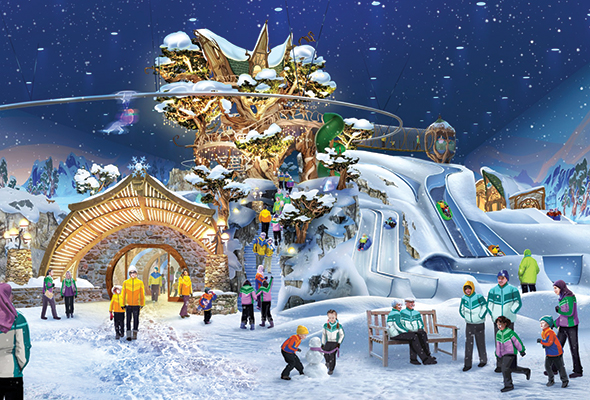 Reem Island is set to welcome the world’s largest snow park with the opening of Snow Abu Dhabi in 2020. It’s four times the size of Ski Dubai and the wintry wonderland will feature 13 rides and attractions. It will be kept at a brisk -2°C so, come prepared with warm clothes.

“With an incredible story and stunning visual attractions, Snow Abu Dhabi will deliver truly enchanting experiences for the whole family,” said Shane Eldstrom, CEO of Al Farwaniya Property Developers. The project is part of Reem Island’s new mall development and is due to open in late 2020.

In addition to a huge range of retail and dining outlets, Reem Mall will also have entertainment destinations such as VOX Cinemas and Magic Planet.

Date to be confirmed, but we will keep you updated 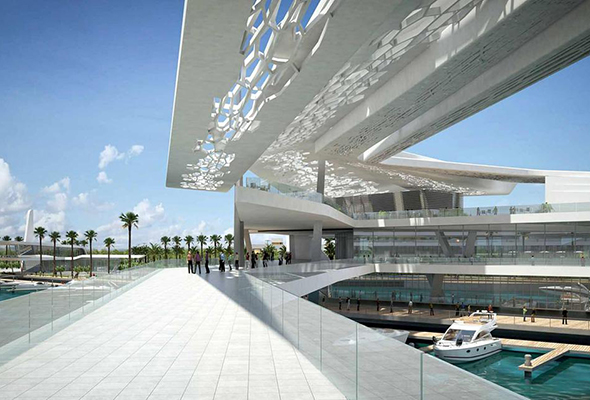 New dining and entertainment destination Al Qana is set to open in 2020 and will be home to The National Aquarium, the largest aquarium in the Middle East, housing 33,000 marine animals. While the main destination will be fully complete by the end of 2020, we’re told that the aquarium is 70 per cent complete and will open early this year. Due to the sheer size of the attraction, each visit will take two hours to experience from start to finish, according to those behind the project.

Expected to open early 2020, but we will keep you updated.

This Zayed Sports City event celebrates 10 years of the Make-A-Wish UAE foundation. Start 2020 off right, under the banner We Run As One, with either a 1k, 5k or 10k run. All participants will earn a star-shaped medal and a t-shirt. 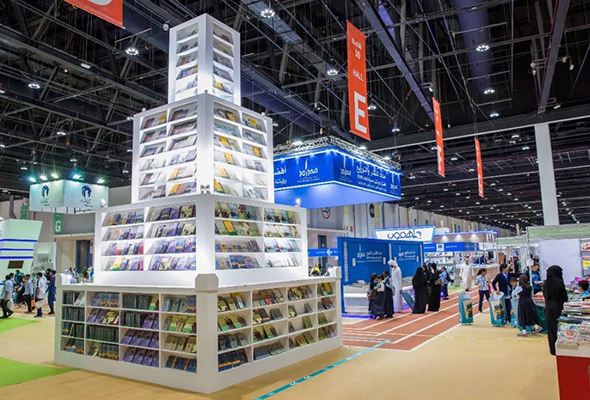 Celebrated authors and big discounted books aside, the Abu Dhabi Book Fair is a marketplace for the publishing industry. It offers literature lovers the opportunity to meet authors and hear them shed light on the meaning behind their works; publishers the chance to nail down translation rights; while illustrators and artists thrill the public by creating work on the spot.

Ever wonder why Bhutan is the happiest country on earth? Come meet the country’s happiness expert and find out for yourself at the inaugural Livehealthy Festival in Abu Dhabi. Expect free yoga, meditation, workouts, panels and workshops – all tailored to boosting wellbeing and happiness. Plus, there’ll be food stalls and trucks serving up healthy snacks throughout the weekend. 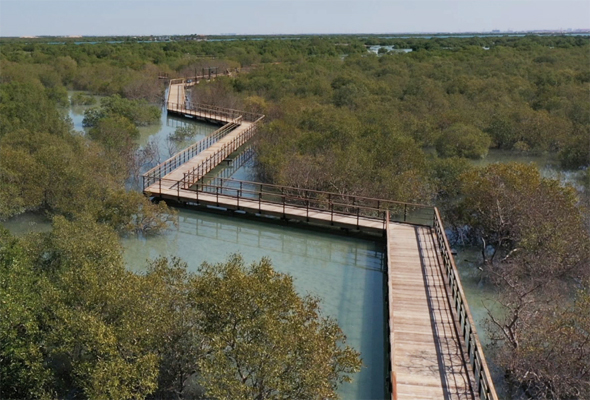 A stunning boardwalk through the natural landscape of mangroves near Yas Island, Abu Dhabi is set to open in January 2020 – and it looks breathtaking. The huge boardwalk is part of the Dhs5 billion Mangrove Walk Project, which covers over one million square foot of the Mangrove National Park. There will also be loads of activities for the whole family to get involved in like kayaking through the mangroves, interactive educational lessons, a children’s play area and a dedicated viewing terraces.

January 2020, date to be confirmed, but we will keep you updated 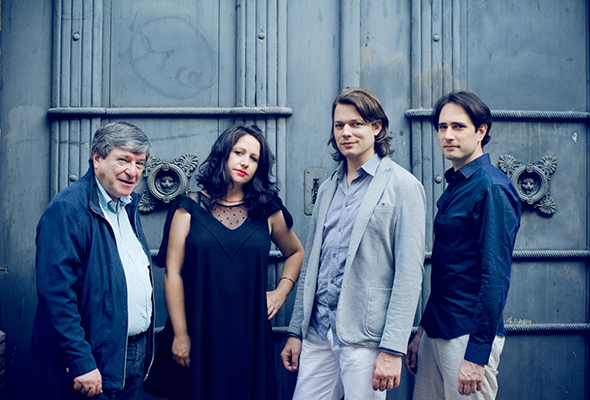 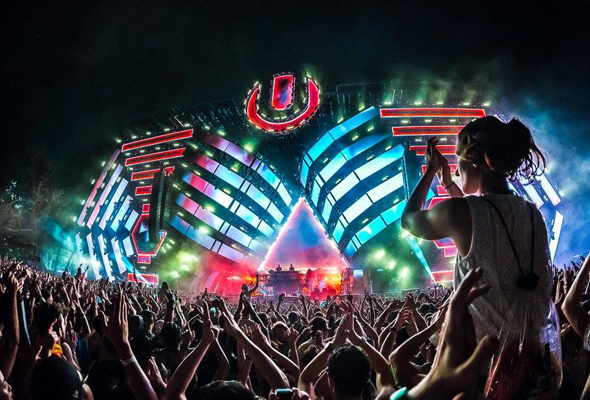 Abu Dhabi is getting the first Ultra Worldwide electronic music festival in the Middle East as part of Abu Dhabi Music Week, which runs from March 1 to 14. The UAE is now among more than 20 countries hosting this multi-venue event, which started with the first Ultra Europe in Split, Croatia back in 2013. The line-up features more than a dozen top acts, including Swedish musician Eric Prydz, the Abu Dhabi debut of the Grammy-nominated DJ Snake, multi-platinum Dutch artist Afrojack, Swedish progressive house maestro Alesso, and three-time Grammy award-winner Zedd. Tickets for Ultra Abu Dhabi are now on sale and prices star from Dhs480.

New restaurants and hotels opening in Abu Dhabi in 2020 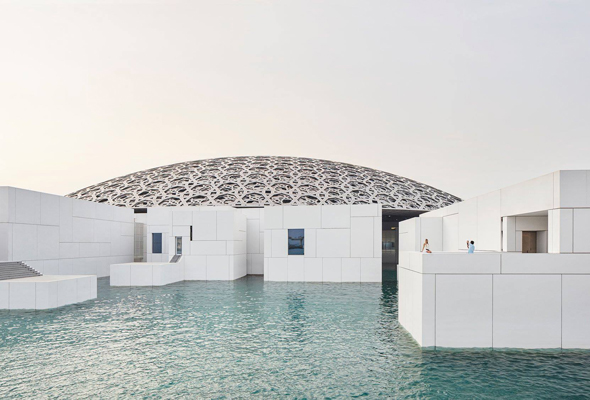 The artistic focal point of the city, Louvre Abu Dhabi on Saadiyat Island is now set to become a dining destination too. The Parisian brasserie Fouquet’s is due to open its first location in the UAE at the museum next year, just as the original Parisian eatery celebrates 120 years in business. The Louvre has partnered with the leading hospitality company Barriere Group for the venture and recruited French chef Pierre Gagnaire – whose eponymous eatery on Rue Balzac has three Michelin stars – to design the menu.

Popular Asian restaurant The Noodle House confirmed that it will be expanding into Abu Dhabi in 2020. Its first restaurant in the capital will be located in currently-under-construction Reem Mall on Reem Island. 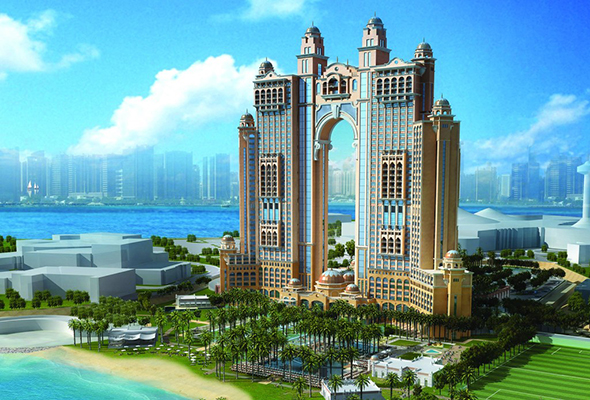 It’s fair to say that the city has watched the giant pink arch of the Fairmont Marina Abu Dhabi hotel rise with curiosity and a building sense of anticipation. As of March, residents will finally be able to get inside this imposing structure. And when they do, they will find breathtaking seaside and Corniche views. There’s a private beach and dive centre, too. It’s even been reported that the serviced apartments will come with child care and private chefs. 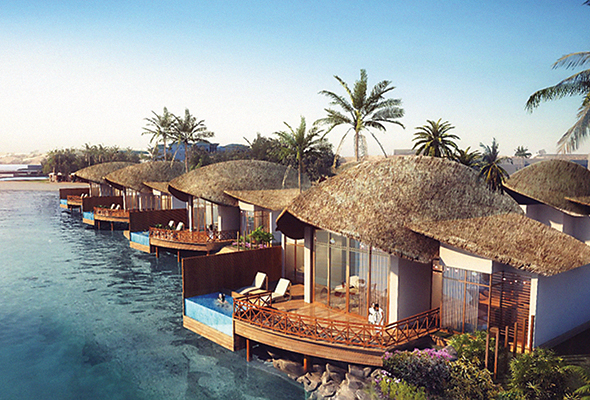 While this property might not be in Abu Dhabi, it deserves a mention thanks to its incredible design worthy of a luxury resort in the Maldives. The Anantara Mina Al Arab will open towards the end of the year in Ras Al Khaimah’s Mina Al Arab district, boasting 174 guest rooms, suites and – the part that’s really caught our eye – overwater villas. We’re already dreaming of our weekend staycation…

The greatest show: Expo 2020 in Dubai 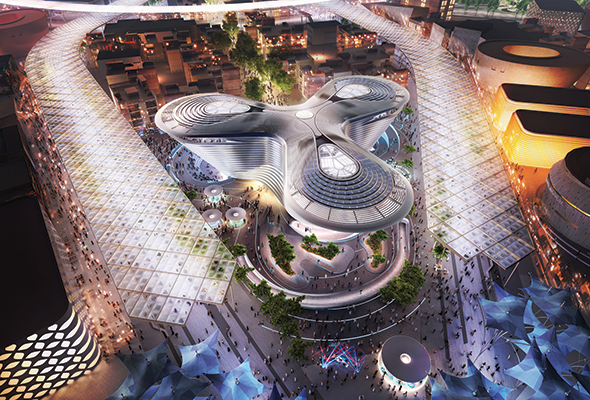 It may be in Dubai, but you can’t miss ‘The World’s Greatest Show’, Expo 2020 Dubai. It will welcome a record number of country pavilions, each themed on one of three key pillars; sustainability, mobility and opportunity. It will run for 173 days starting October 20, 2020. Standard tickets are Dhs120 per day.

We are most excited about these releases in 2020, but head back to our website every Thursday to get weekly movie updates. 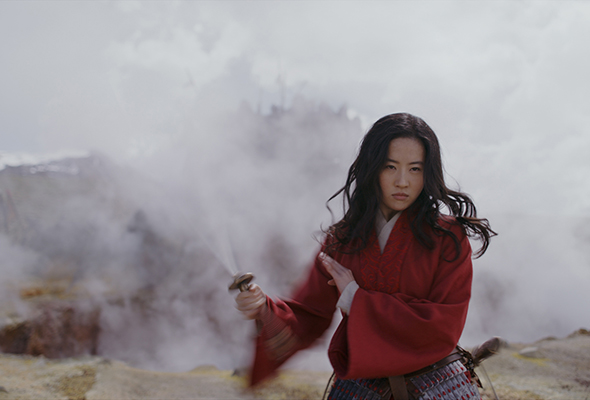 Featuring Chinese star Liu Yifei as the titular character and a host of other Chinese legends like Donnie Yen, Gong Li and Jet Li, this one is poised to conquer the global box office and – if it taps into the animated original’s magic – our hearts.

No time to die

True Detective director Cary Fukunaga takes the reins for the 25th James Bond film, with Daniel Craig returning for his fifth and (presumably) final turn as 007.

The next installment in Marvel’s X-Men series was originally slated for a 2019 release, but has been pushed back to April 2020. It follows a group of teenage mutants who are kept in captivity in a secret facility. Game of Thrones’ Maisie Williams stars.

Great balls of fire, we’re getting a Top Gun sequel after 31 years! Not a whole lot is known about the movie, except that the filmmakers have recruited a cast of some of the most in-demand young actors in Hollywood – including Miles Teller, who will play Goose’s son – and that Val Kilmer is officially back as Iceman.

Culture
Sport & Fitness
EDITOR’S PICKS
So, when is the next UAE public holiday in 2021?
READ MORE
All of the lavish new hotels set to open in Dubai in 2021
READ MORE
16 of the best pool passes in Dubai that are fully redeemable
READ MORE
All of the restaurants at West Beach, Palm Jumeirah
READ MORE
MOST POPULAR
NCEMA: Additional supportive dose of Sinopharm is now available
UAE should be off UK red list 'very soon' says chairman of Emirates
Abu Dhabi gets a restaurant dedicated to the love of Udon
Flash sale: 50 percent off staycations at this luxe Palm Jumeirah hotel
How you can help the EAD protect Al Wathba Fossil Dunes
YOU SHOULD CHECK OUT
Our website uses cookies and other similar technologies to improve our site and your online experience. By continuing to use our website you consent to cookies being used. Read our privacy policy here.