A weekly five-hour 'Peaky Blinders' brunch is launching in Dubai

‘By order of the Peaky Blinders‘, you’d better get your Friday plans in place as a weekly brunch, themed on the massively popular Birmingham gangster drama, is launching in Dubai on Friday February 28.

If you’re not yet familiar with the smash-hit series, Peaky Blinders follows the lives of a criminal gang based in Birmingham in 1919 and has become a global hit since the first episode was released back in 2013, when it aired on BBC Two. There’s now five seasons.

The new brunch will take place every Friday at the Double Decker, Roda Al Rooj Downtown Dubai, so make sure you save time to source yourself a flat cap or Edwardian outfit. With the pub’s dark mahogany wood, sweeping staircases and period features, its hardly surprising that the organisers chose it as the venue. 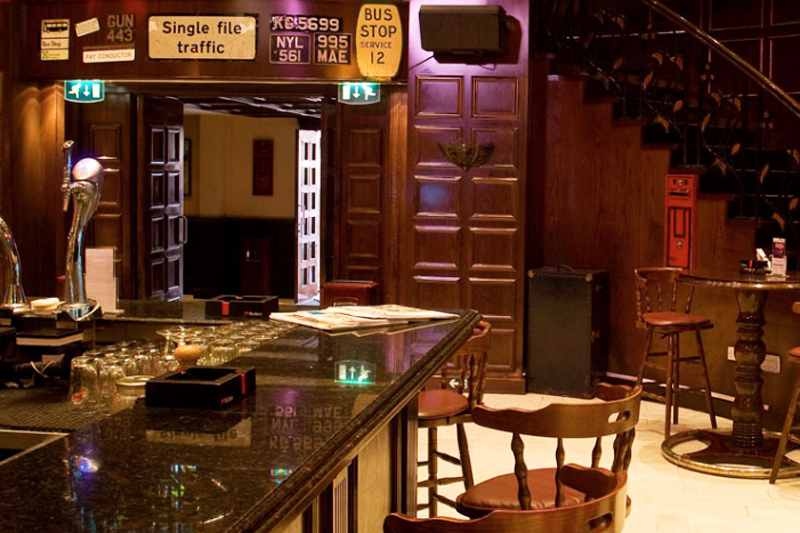 Breaking the mould of most Dubai brunches’ 3.5-to-four-hour brunch times, the Peaky Blinders brunch will run for five hours, from 12pm to 5pm, priced at a wallet-friendly Dhs300. Post 5pm, an afterparty will ensue, with a three-hour unlimited drinks package for Dhs150.

The food menu will consist of straight-up British classics with starters, mixed ‘peaky party’ platters, mains and desserts available. For the entertainment, a DJ will be on hand to provide the crowd with a mix of old and new tunes and of course, there’ll be some Peaky Blinders remixes in there.

Whilst you don’t have to dress up, you’re welcomed to if you really fancy getting in the spirit, and why not, as prizes will be available for the best-dressed male, female and group. Other themed entertainment is in store, so keep your eyes peeled.

Brunch
EDITOR’S PICKS
Ain Dubai will open with fireworks, live music and a drone show
READ MORE
Incredible Aura SkyPool to open in Palm Tower this November
READ MORE
Brit Grand Slam hero Emma Raducanu confirmed for Mubadala Tennis
READ MORE
What’s On Nightlife Awards 2021: Here are the nominees...
READ MORE
MOST POPULAR
Review: Niri Restaurant and Bar, Mamsha Al Saadiyat
Harlem Globetrotters are coming to Expo 2020 Dubai this October
New venue Urla brings coastal dining to the heart of Downtown Dubai
The Dubai Moonlight Classic is bringing carnival vibes to the city
6 cool things to do in Abu Dhabi this week: October 24 to 27
YOU SHOULD CHECK OUT
Our website uses cookies and other similar technologies to improve our site and your online experience. By continuing to use our website you consent to cookies being used. Read our privacy policy here.