The whole family is doing well…

The Green Planet reopened its doors back in June, but they were waiting for the right time to reveal a brand-new family member to the public – a new baby loris.

Baby Loris was born in May during uncertain times, but its birth bought great joy to the Green Planet team.

The dad, nicknamed ‘Lonely Loris’ stole everyone’s hearts when he was found abandoned on the streets of the UAE. He was joined afterwards by a female slow loris named Amal, which means Hope in Arabic.

So far, the gender of Baby Loris has not been confirmed, but it will be announced in the coming weeks. At the moment, the team have their hands full sharing baby duties alongside mama Amal. 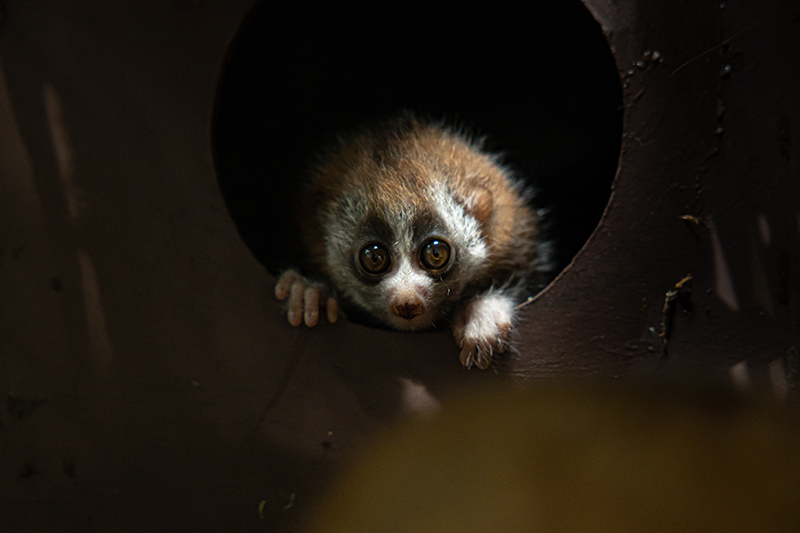 That being said, Amal is doing a great job. From the very first night the baby was born, she started to “park” the baby – which means she left the baby in a safe place whilst she foraged for food.

According to the team, the family has been seen regularly curled up sleeping together throughout the day.

Lonely and Amal are lucky to have found each other, but the Green Planet still has two Cotton Top monkey bachelors waiting for a partner. The species is a critically endangered one, so the Green Planet hopes that they can start their families soon.

Another addition to the Green Planet family was a two-year-old Tamandua Anteater. These cute creatures are a part of the Vermilingua family, which means worm tongue – thanks to their super long and thin tongues, which help them source insects from tight crevices.

The amazing indoor tropical bio-dome boasts more than 3,000 tropical plants and animals for you to marvel at. All ages are now welcome to visit the Green Planet. Tickets are priced at Dhs120 on the door or Dhs110 if you buy them online. VIP tour packages are also available.

Culture
Things to do
EDITOR’S PICKS
13 Sheikh Hamdan-approved restaurants in Dubai
READ MORE
Dubai brunches temporarily banned in new preventative measures
READ MORE
12 upcoming Dubai mega-projects we can't wait for
READ MORE
16 of the best beach bars in Dubai for sundowners
READ MORE
MOST POPULAR
Breaking: Dubai extends preventative measures until mid-April 2021
Enjoy brunch, breakfast and a stay at Westin Abu Dhabi from Dhs432
Get a free gym class at this cool new Dubai gym
Pics of the week: Your best photos of the UAE
Emirates Airlines and DHA to implement digital verification of traveller medical records
YOU SHOULD CHECK OUT
Our website uses cookies and other similar technologies to improve our site and your online experience. By continuing to use our website you consent to cookies being used. Read our privacy policy here.