Have you spotted these yet?

If you use the public bus transportation in Dubai or anywhere in the world for that matter, it does involve a bit of waiting. Instead of scrolling through your phone, you will now be able to check out some cool art installations set up right next to certain bus stops in Jumeira.

The series of public art installations in Jumeira was launched by Brand Dubai in partnership with Roads and Transport Authority (RTA).

The project is part of the second phase of the Jumeira Project – a project launched by His Highness Sheikh Mohammed bin Rashid Al Maktoum, Vice President and Prime Minister of the UAE and Ruler of Dubai to raise the neighbourhood’s profile as a social and cultural destination. 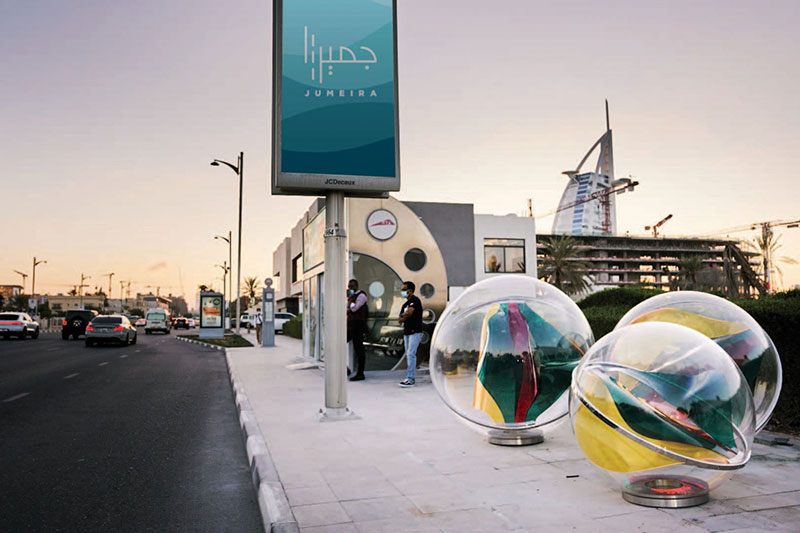 Above: Back in the day, pretty much all children in Dubai had a huge marble collection…

At the moment, there are a total of eight artworks which have been created by international artists at select bus stops stretching from Dubai Canal to Jumeira Al Naseem. The installations seek to narrate the story of Jumeira’s journey through history and celebrate its connection with both Dubai’s past and present.

ALSO READ: Dubai Metro Route 2020 will begin operating on January 1
The announcements at the Dubai Metro platforms are about to change


According to Nehal Badri, Director of Brand Dubai, the project is in line with the vision of Sheikh Mohammed’s initiative to turn Dubai into an open-air museum.

She stated that the project aims to ‘celebrate the area’s distinct identity and innovative spirit and raise its profile on the cultural map.’ 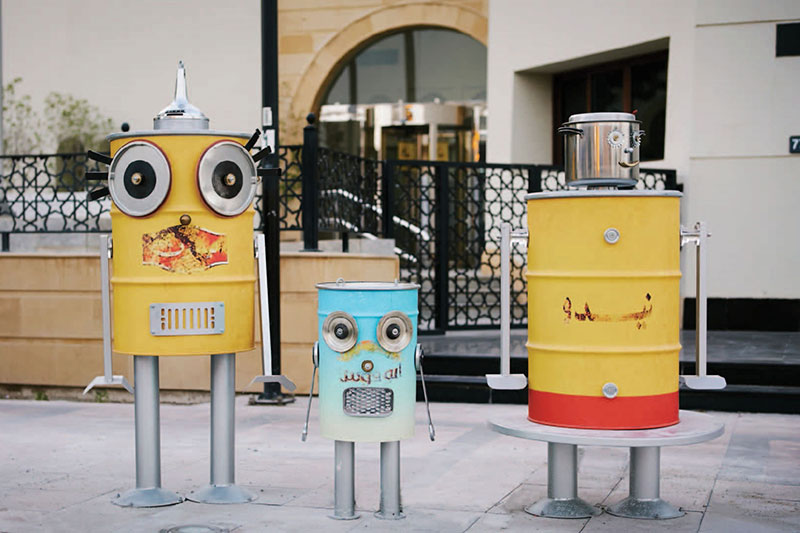 Shaima Al Suwaidi, City Branding Manager of Brand Dubai stated that some of the artworks evoke nostalgia for Dubai’s past while others celebrate its futuristic aspirations. She added that the artworks were inspired by memories of locals living in the area and will take people on a trip down memory lane. And they’re pretty Instagrammable, too.

The art installations will be a permanent addition to the bus stops.

In the past, the RTA along with Brand Dubai has implemented a number of projects including transforming more than 100 Dubai parking meters into works of art, hosting music festivals at Dubai Metro stations and painting murals on the pillars of the Dubai Metro on Sheikh Zayed Road between the Dubai International Financial Centre and Emirates Towers stations.

Art
Culture
Transport
EDITOR’S PICKS
Here's the full list of UAE public holidays in 2023
READ MORE
23 incredible things to look forward to in the UAE in 2023
READ MORE
Hidden gems: 10 UAE desert pop-ups to discover this winter
READ MORE
Where to travel in 2023: 10 new flight routes from the UAE
READ MORE
MOST POPULAR
All the best ways to celebrate Valentine's Day in Abu Dhabi
A cool auto show is taking place at Riverland Dubai this weekend
Renowned UK fitness studio by three-time Olympian opens in Dubai
Major parties in Dubai this week: Supporting local talent and Kid Ink
Tickets for the whole Wireless Abu Dhabi festival on sale from Dhs295
YOU SHOULD CHECK OUT
Our website uses cookies and other similar technologies to improve our site and your online experience. By continuing to use our website you consent to cookies being used. Read our privacy policy here.