Chicken wing fans, there's a new cloud kitchen on the block to try

Chicken wing lovers, your world is about to be turned upside down. Stranger Wings is a new cloud kitchen that has launched in Dubai and is serving up chicken wings that will teleport you to a new dimension.

The cloud kitchen is a nod to the critically acclaimed Netflix hit show, Stranger Things and is based in Jumeirah Lake Towers.

Fans of chicken wings in the surrounding areas will be able to get messy as they gnaw on crispy buttermilk wings coated with their favourite sauce. 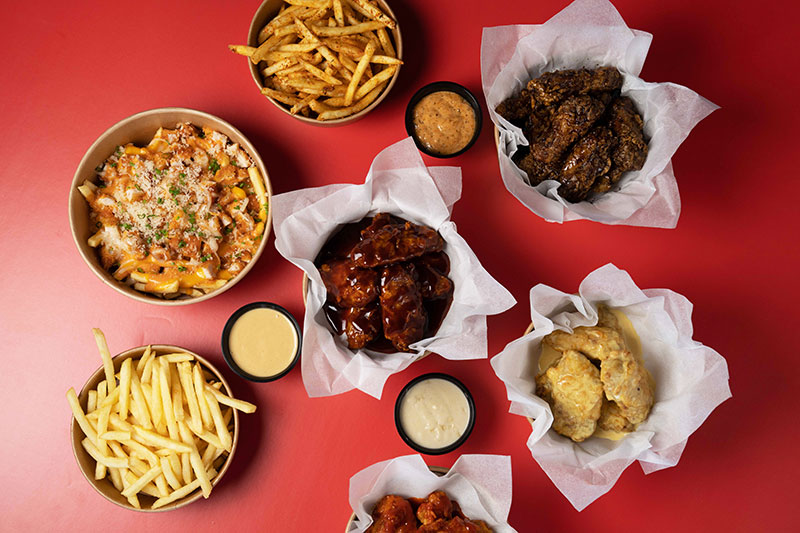 The wings can be ordered via Deliveroo, but don’t expect the usual names on the menu. The names instead are a nod to characters, creatures and famous episodes from Stranger Things.

For example: Instead of Korean BBQ you’ll find dragon slayer, replacing atomic is R-rated spicy and so on. 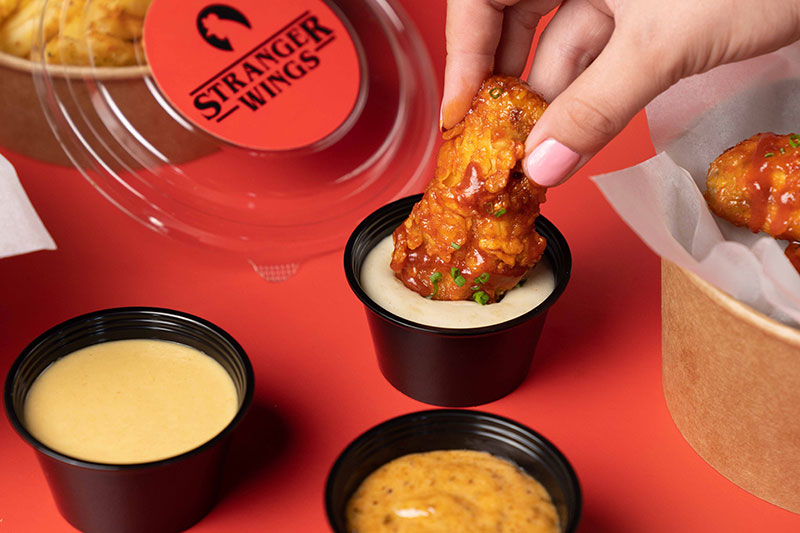 The wings can be dunked in your choice of dips that include blue cheese, garlic mayo and Cajun.

One order comes with six portions of wings for Dhs36. You will be able to team it up with a side of fries and a drink for Dhs51.

The dessert menu makes this new lounge in Dubai Marina a must-visit
A foodie festival is taking place at Souk Madinat Jumeirah this March
Stunning Saya Caffe now open at The Pointe, Palm Jumeirah
If you have a mate over, you can double up and get two wing portions, two fries, two dips and two drinks for Dhs99. 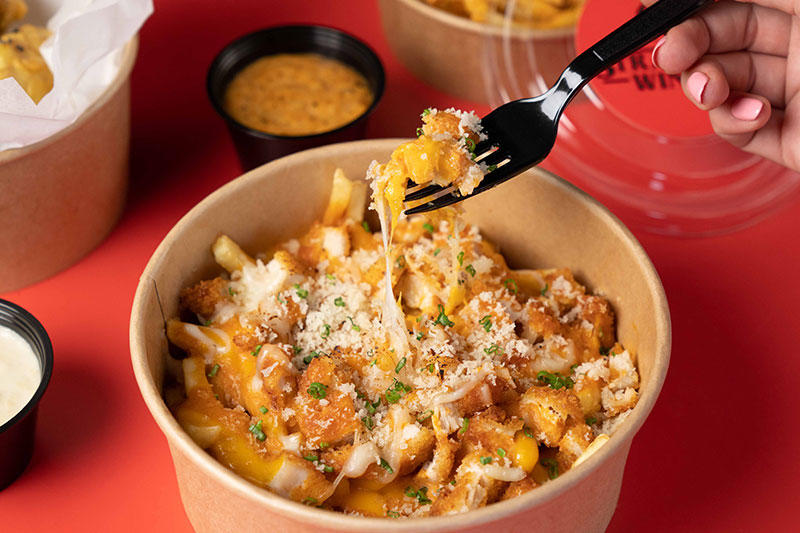 Speaking of fries. When you order a combo you will have to pick from Tuesday fries which is classic and crispy or Friday fries which has some added spice.

Kick it up a notch and order the mouth breather fries which comes with golden fries slathered in cheddar and mozzarella cheese, crunchy chicken breast, bang bang sauce, chorizo bits and furikake (a Japanese seasoning). Yum!

Currently, the chicken wings are available with the bone in but the cloud kitchen will soon be launching a boneless version.

The cloud kitchen is available to deliver chicken wings to you today and orders can be made here.

Eat & Drink
Restaurants
EDITOR’S PICKS
UAE holiday dates announced for Eid Al Adha
READ MORE
Another update: Emirates extends suspension of flights from India to UAE
READ MORE
Coming soon: Everything we know about Ain Dubai so far
READ MORE
Khorfakkan set to open new tourist attraction 580 metres above sea level
READ MORE
MOST POPULAR
It's Dhs350 to brunch, stay and play at the What's On Lock In this weekend
Barasti revamps its summer tent with stellar daily drinks deals
Enjoy dinner and a show 68 floors high in Dubai
New films to watch in cinemas this week: July 29 to August 4
16 Abu Dhabi pool pass deals that are so hot, they're cool
9 amazing things to do in Abu Dhabi this weekend: July 29 to 31
YOU SHOULD CHECK OUT
Our website uses cookies and other similar technologies to improve our site and your online experience. By continuing to use our website you consent to cookies being used. Read our privacy policy here.