Dubai’s culinary scene is ever-evolving and expanding and, being the keen foodies that we are here at What’s On, we love it when a new restaurant bursts onto the scene. Say hello to Mimi Kakushi, the brand new Japanese eatery that is set to take you on a trip to yesteryear.

Mimi Kakushi is the latest addition to Restaurant Village at Four Seasons Resort on Jumeirah Beach Road. You’ll find it alongside super successful restaurants such as Nusr-Et, the restaurant of Instagram-famous salt-sprinkling chef Salt Bae, plus Nammos Dubai. 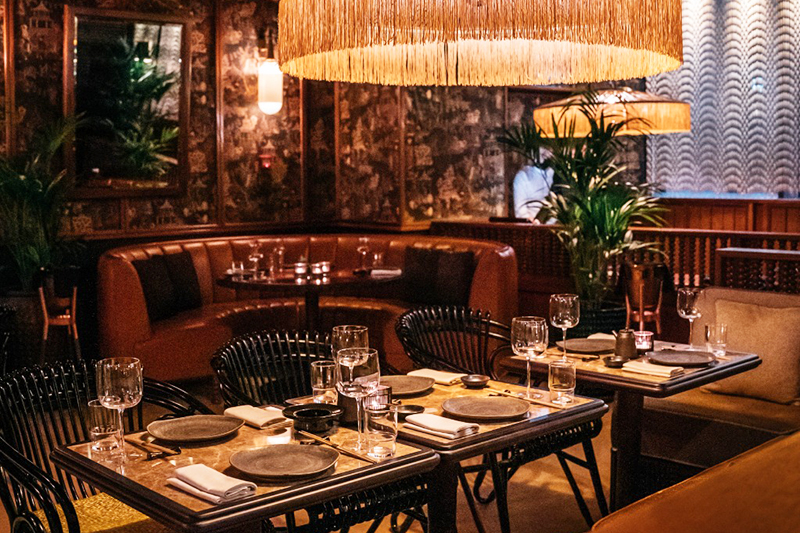 The beautiful new restaurant is brought to you by the team behind some seriously luxe Dubai establishments: La Cantine du Faubourg, Ninive and Twiggy by La Cantine, so you know you’re in for a treat, in both restaurant aesthetics and cuisine.

Mimi Kakushi was the name for a distinctive bob-style haircut which covered the ears, back in the 1920’s. You’ll see nods to that era all around the restaurant, from the decor to the soft background music of trumpeter Fumio Nanri’s, known as the Satchmo of Japan, creating a jazz vibe.

The restaurant is decked out in warm hues of brown woods and cushy leather-bound booths. You’ll see the chefs live at work preparing your food in an open kitchen, which is exemplary of Japanese-style cooking.

Be transported into another era…

Eat & Drink
EDITOR’S PICKS
Here's the full list of UAE public holidays in 2023
READ MORE
23 incredible things to look forward to in the UAE in 2023
READ MORE
Hidden gems: 10 UAE desert pop-ups to discover this winter
READ MORE
Where to travel in 2023: 10 new flight routes from the UAE
READ MORE
MOST POPULAR
Pics of the week: Your best photos of the UAE
Dhow & Anchor has got you covered every day of the week
RTA: All the road closures you need to be aware about
Review: The Nice Guy Dubai
Masha and the Bear is coming to Abu Dhabi this April
YOU SHOULD CHECK OUT
Our website uses cookies and other similar technologies to improve our site and your online experience. By continuing to use our website you consent to cookies being used. Read our privacy policy here.