A new Spanish restaurant has opened its doors in Barsha

Spanish for ‘I want’, Quiero is the brainchild of Anisia Pienaar who wanted to share traditional Spanish flavours with the rest of the world – which is why the authentically cooked food you’ll tuck into is prepared by Pienaar’s mom herself – Mary who is the head chef of the restaurant.

The quaint and cosy restaurant will teleport you to Andalusia, the Southern coast of Spain with a simple yet homey design with images of several Spanish locations projected on large screens. There’s an open kitchen where you can see Mama Mary, as she is fondly called, in action. 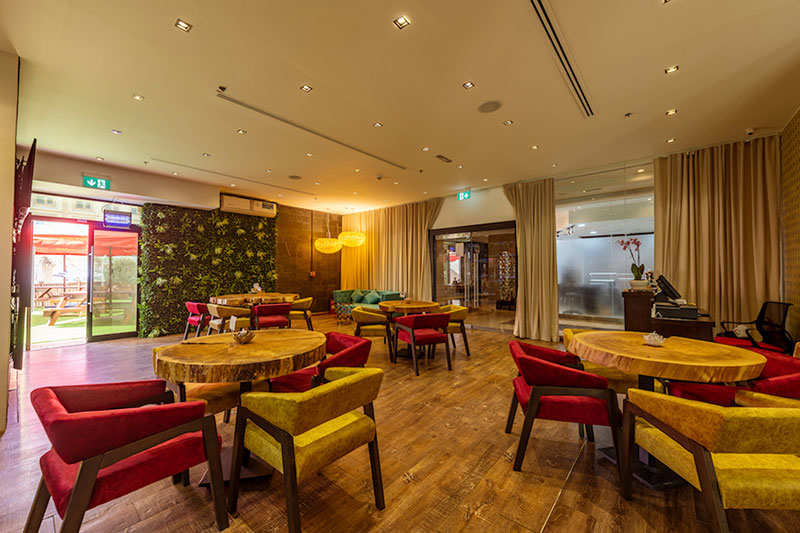 With evenings still cool at the moment, guests can also choose to sit outside on the benches on the large outdoor terrace.

The restaurant opens up at 8am which makes it a great spot to head off for a quick breakfast before heading off to work. There’s breakfast delights such as creamy scrambled eggs with garlic mushrooms, pastries of the day or a typical Spanish toasted bread with olive oil and salt.

For a light snack, there are Spanish sandwiches known as Bocadillos or pastries and coffee available. 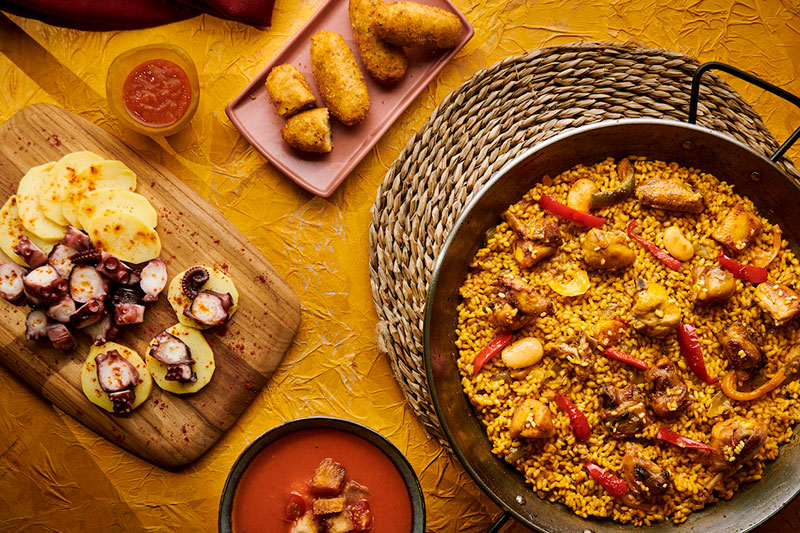 For lunch and dinner, there are tapas options to choose from such as patatas bravas to gazpacho, breaded vegetables, assorted Spanish cheese platter and various seafood dishes such as calamari, cuttlefish, prawns.

For those looking for something healthy on the menu, there’s a number of salads that you can choose from including pasta salad, beans salad and Russian salad.

And of course, there’s paella on the menu cooked with either chicken, seafood, vegetarian or black paella. The restaurant also serves up Fideuá, which is paella but with small pasta instead of rice. 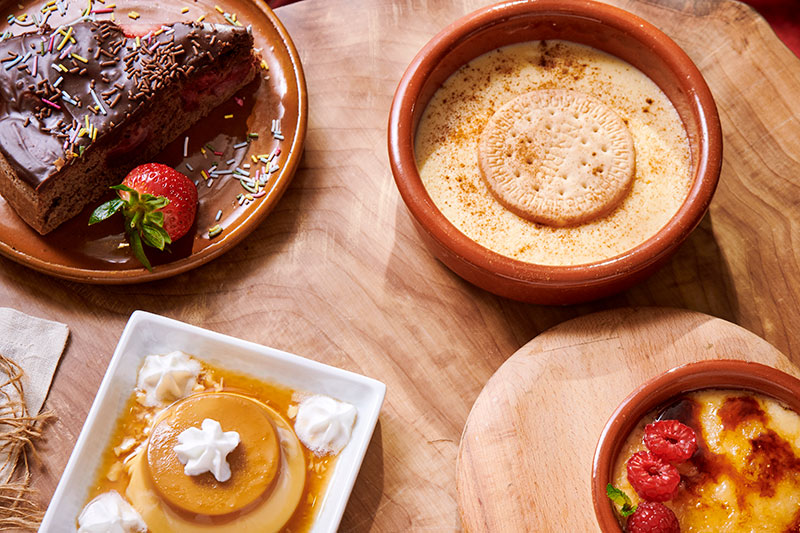 For desserts, sweet tooths will have to pick from crema catalana (a caramelized catalán cream), flan (creme caramel), natillas (custard), cake of the day, fruit salad or roll cake. Yum!

Have little ones? The restaurant has a deal for Dhs40 where kids can enjoy a main, dessert and juice. The restaurant even has a takeaway and catering menu that will be perfect for house parties.

The restaurant is open seven days a week from 8am to 10pm.

Eat & Drink
Restaurants
EDITOR’S PICKS
Here's the full list of UAE public holidays in 2023
READ MORE
23 incredible things to look forward to in the UAE in 2023
READ MORE
Hidden gems: 10 UAE desert pop-ups to discover this winter
READ MORE
Where to travel in 2023: 10 new flight routes from the UAE
READ MORE
MOST POPULAR
8 wonderful things to do in Dubai this week: Feb 6 to 9
Where to go to get your Al Baik fix in the UAE
Reset and recharge with a relaxing staycation at this stunning Dubai hotel
The most expensive apartment in Dubai just sold for Dhs410 million
Here are 4 luscious new coffee spots to try on your next trip to Hatta
YOU SHOULD CHECK OUT
Our website uses cookies and other similar technologies to improve our site and your online experience. By continuing to use our website you consent to cookies being used. Read our privacy policy here.