Just Like That (JLT): This comedy play is all about life in Dubai

See snippets of your own life in Dubai unfold on stage…

One of the many things one loves about Dubai or the United Arab Emirates is the fact that it is a melting pot of cultures. The country is home to more than 200 nationalities and you end up meeting people from all over the world. Sometimes, you even end up living on the same floor.

Tall Tales Productions smash-hit comedy play Just Like That (JLT) is taking place at The Theatre in Mall of the Emirates this July and reflects exactly this scenario. 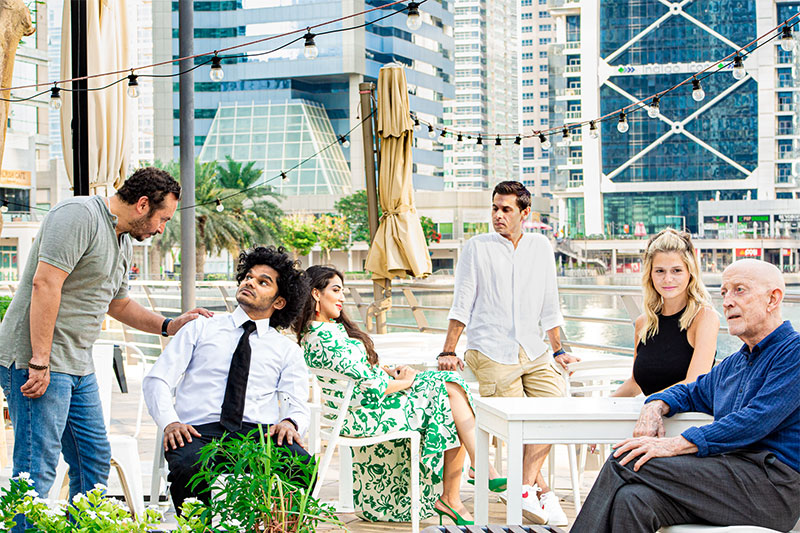 The original play has already been performed in Dubai twice already. The first time was in April 2018 and then due to demand, it ran again in April 2019. Both shows sold out. Due to popular demand, the play is being staged again on Thursday, July 8 and Saturday, July 10, 2021. So, if you didn’t manage to see the show before, now’s your chance and this may be the last opportunity you have to see it.

Even if you have seen it before, do note that the script, jokes and references have been updated to make it relatable to the current times (aka during the pandemic) – so, if you loved it before, you can definitely see the play again. 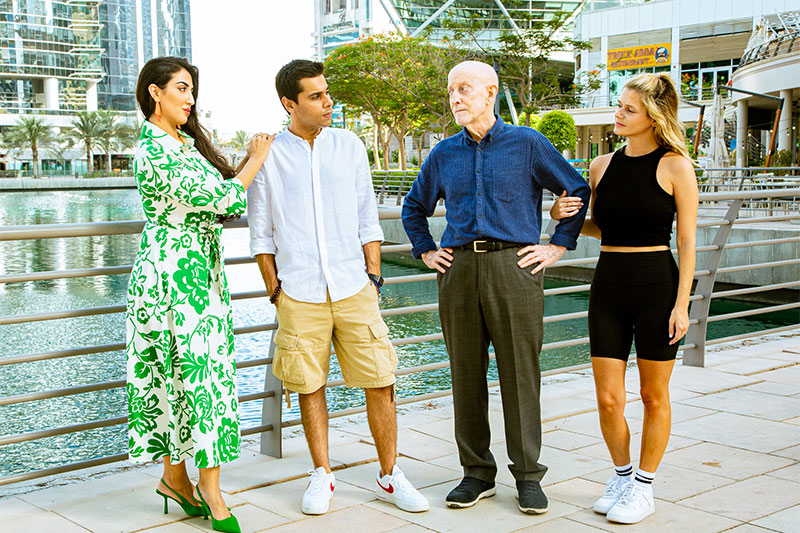 During a typical day in Dubai, you will manage to come across several people from all walks of life. Sometimes though, you don’t even have to step out of your apartment building (or your floor).

The play’s setting is based on a floor in an apartment building in Jumeirah Lake Towers (JLT…get it?) The floor is home to an Emirati writer, a British businessman, a European entrepreneur, a Lebanese air hostess, a South- Indian security guard and an Indian or Pakistani (you’re left guessing where he’s from) Investment Banker.

Expect a clash of culture, beliefs, perspective and a general way of life. And of course, there will be plenty of humour that will get you giggling and maybe even crying as the drama unfolds in front of you. It won’t be hard for you to see your own life’s experiences playing out in front of you.

Writer, producer, and actor, Asad Raza Khan stated, ‘Being a story of multi-cultural people living in Dubai, the objective is to bring people closer! We have just passed through a very testing time and would like to give back to the people by giving them a reason to laugh and be entertained in a time when we desperately need it!’

Want to go see it? Here are the show and ticket details.

The shows in Dubai will be performed at 7.30pm on Thursday, July 8 and Saturday, July 10. Ticket prices start from Dhs85 and can be purchased on Platinumlist.net and Bookmyshow UAE.

Going with your friends? You will be able to nab seats together so you can sneak in those knowing glances at each other when an identical situation plays out on stage.

Vaccination cards are not required to attend, but social distancing measures will be in place.

A unique courtroom drama is being staged at The Junction this June
Save the date: Upcoming plays, musicals and performances in Dubai
Love ballet? A theatrical spectacle is coming to the UAE in autumn

Culture
Theatre
Things to do
EDITOR’S PICKS
Ain Dubai will open with fireworks, live music and a drone show
READ MORE
Incredible Aura SkyPool to open in Palm Tower this November
READ MORE
Brit Grand Slam hero Emma Raducanu confirmed for Mubadala Tennis
READ MORE
What’s On Nightlife Awards 2021: Here are the nominees...
READ MORE
MOST POPULAR
7 fun spots to celebrate Halloween in Dubai with the family
The best places to watch the spectacular Ain Dubai fireworks show
This brunch serves up delicious Arabic dishes and non-stop captivating entertainment
This contemporary modern restaurant offers a new take on Arabic cuisine
McGettigan's to open 18,000sq ft venue in City Walk very soon
YOU SHOULD CHECK OUT
Our website uses cookies and other similar technologies to improve our site and your online experience. By continuing to use our website you consent to cookies being used. Read our privacy policy here.