Dubai will host the region’s first official Snow Volleyball tournament in the second half of October this year at Ski Dubai in Mall of the Emirates.

The four-day tournament is held under the support of Fédération Internationale de Volleyball and is organised by Esperia Volleyball Academy in cooperation with Dubai Sports Council and Ski Dubai. 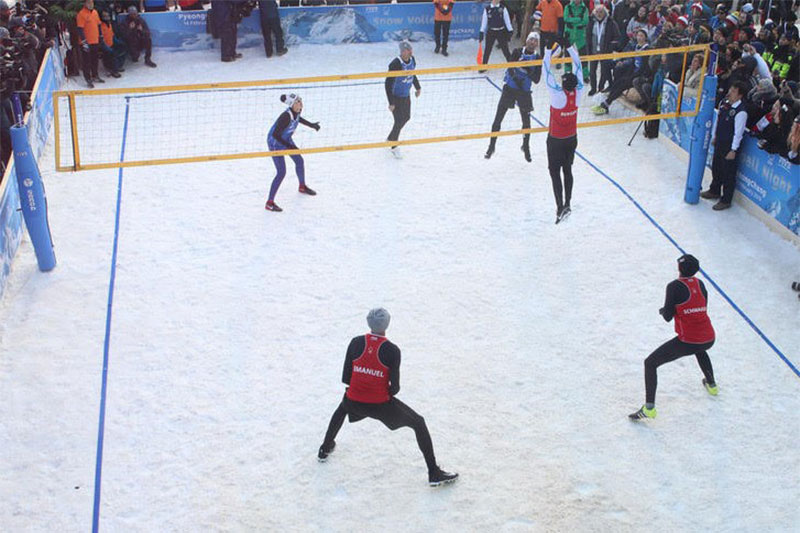 The event is under the directives of His Highness Sheikh Mansoor bin Mohammed bin Rashid Al Maktoum, Chairman of Dubai Sports Council, to strengthen Dubai’s position as the world’s most preferred venue for international sporting events.

The event is the first of its kind in the Middle East and will help reinforce Dubai’s reputation as one of the region’s top supporters of snow sports and a premier destination for snow sports enthusiasts.

Don’t worry though, you don’t need to be an expert if you want to take part in the tournament. There will be expert coaches from the Esperia Volleyball Academy available during the training sessions at the venue to provide participants tips to master the game.

First Look: A glow-in-the-dark padel centre lands in Dubai
9 places in the UAE you can perfect Zombie apocalypse skills

You will be able to register at the Snow Volley courts today on August 31 as well as September 1 and 3.

A few months ago, Ski Dubai also hosted the world’s first indoor edition of Red Bull Jump & Freeze. The event which took place on July 9 saw more than 20 teams in custom-made costumes and vehicles slide down the slope of Ski Dubai before jumping into a pool of freezing water.

Last year, when the sports sector opened up, Ski Dubai organised DXB Snow Run where residents and visitors ran 3km through the snow at Ski Dubai.

For the rest of this year, Ski Dubai has planned out more than 10 events including the UAE Alpine Ski Championship, UAE National Ski and Snowboard Freestyle Championship and the 12th edition of Ice Warrior Challenge. We will keep you informed when we know more.

All the events will be held in accordance with the Covid-19 precautionary measures and protocols.

Sport & Fitness
Things to do
EDITOR’S PICKS
What’s On Nightlife Awards 2021: Here are the nominees...
READ MORE
It's back! What's On Lock In returns to Media One Hotel
READ MORE
Arts and culture: 5 spots we can't wait to visit at Expo 2020 Dubai
READ MORE
UAE petrol prices are set to decrease in September 2021
READ MORE
MOST POPULAR
Abu Dhabi: Wristband no longer required for most home quarantine
As of September 19, PCR test not required to enter Abu Dhabi from UAE
This new family-friendly brunch includes free cinema tickets
Pics of the week: Your best photos of the UAE
How to use Playkey.me, the region's first supercharged cloud gaming service
YOU SHOULD CHECK OUT
Our website uses cookies and other similar technologies to improve our site and your online experience. By continuing to use our website you consent to cookies being used. Read our privacy policy here.