It’s spooky how well this city does Halloween…

Whilst every care was taken to ensure no Halloween puns were deliberately included in this round-up, we cannot guarantee that it will be pun free.

At the movies this week

As you might expect for the Halloween holidays, there’s a spirited collection of horror flicks on offer at your local picture house. Antlers for example, is a wholesome tale that focuses on the connection between a troubled young child and a mysterious ancient creature that likes to dispatch its victims in the most theatrically gory ways possible. If you’re looking for something a little less terrifying, Last Night in Soho is directed by Edgar Wright (Shaun of the Dead, Baby Driver), stars Anya Taylor-Joy (of Queen’s Gambit fame) and tells the story of a young fashion designer that heads to London in search of herself, but finds a gateway to the past, where she lives through the eyes of a 60s Soho socialite named Sandy. 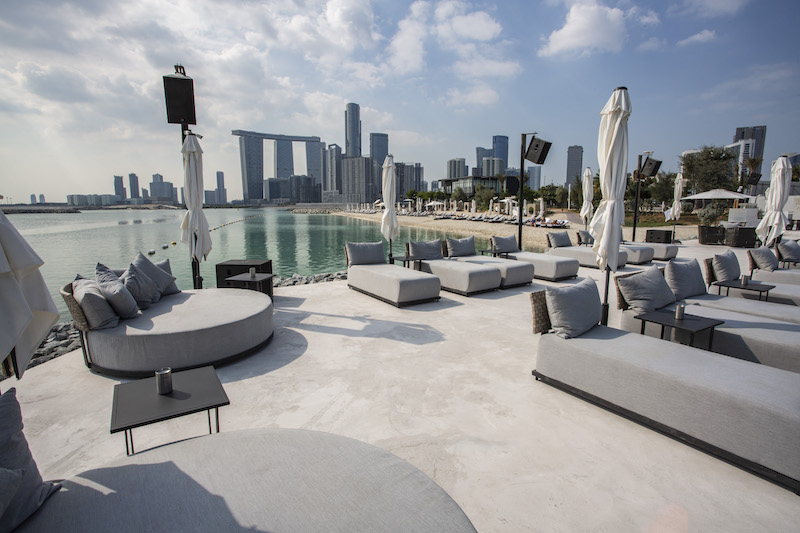 Cove Beach Abu Dhabi is helping you kick the weekend off clink-clinking the pink. And although it’s officially their ladies’ day on Thursdays, gents can still get in on the sun soaked fun. Bewteen midday and 5pm, lasses can get unlimited glasses of rosé grape, Spanish blend rosé, and special pink beverages, along with a sunbed and a nibbles platter for Dhs149. At the same time, gents can also sink into the pink drink action, and enjoy unlimited hops and dig into a food platter for Dhs299. Between 8pm and 11pm girls can double down with another unlimited rosé and sparkling grape package, and a small bite borard for Dhs99.

Making your way through Mangroans 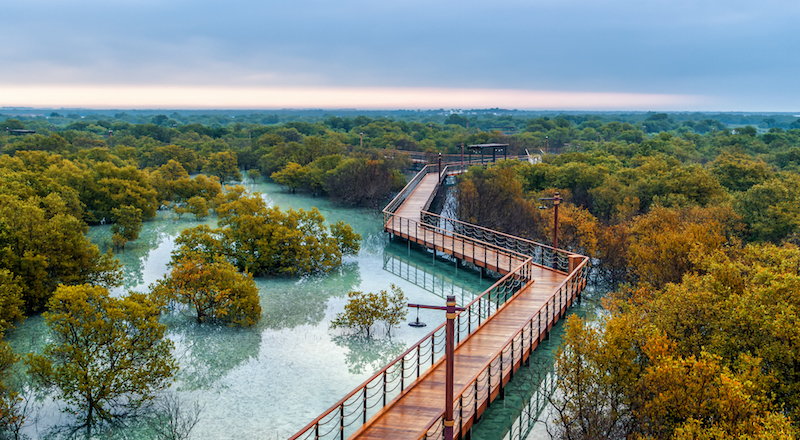 There are even more reasons to explore Jubail Mangrove Park’s dreamy verdant expanse this Friday, October 29. On both Friday and Saturday, you’ll be able to take a Halloween-themed oar-inspiring ‘night glow’ kayak tour through the lazy maze of hazy blue hues. There are more spooky treats on offer between 4pm and 8pm on Friday evening, with a triple showing of Halloween movies at the pop-up alfresco cinema. 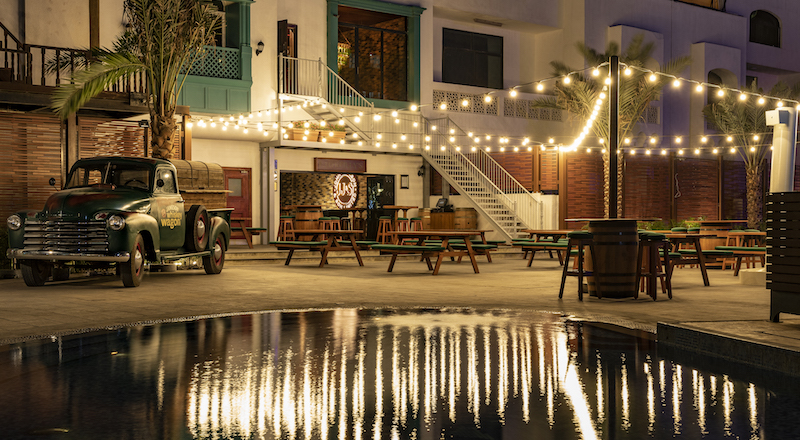 If you like your Halloweens wrapped up with a bit of fiendish intrigue, Abu Dhabi’s popular Irish haunt — PJ O’Reilly’s has an evening for you. They’re hosting a pair of special ‘who dunnit?’ murder mystery brunches in partnership with The Detail Events on Thursday October 28, and Friday October 29, 2021, from 7pm. You the brunching public will be deployed as deputy detectives, flexing your investigative muscle — helping the evening’s Columbo to solve a series of riddles, confounding interactive clues and uncover who, amongst the six scandal-clad suspects, dunnit. Your evening’s feast has been given a Hallow’s Eve themed twist and features such macabre morsels as ‘juicy bat wings’ (too soon?), cauliflower popcorn, mummy brownies and pumpkin cheesecake ghost (make a nice change, dessert being the one to ghost us). 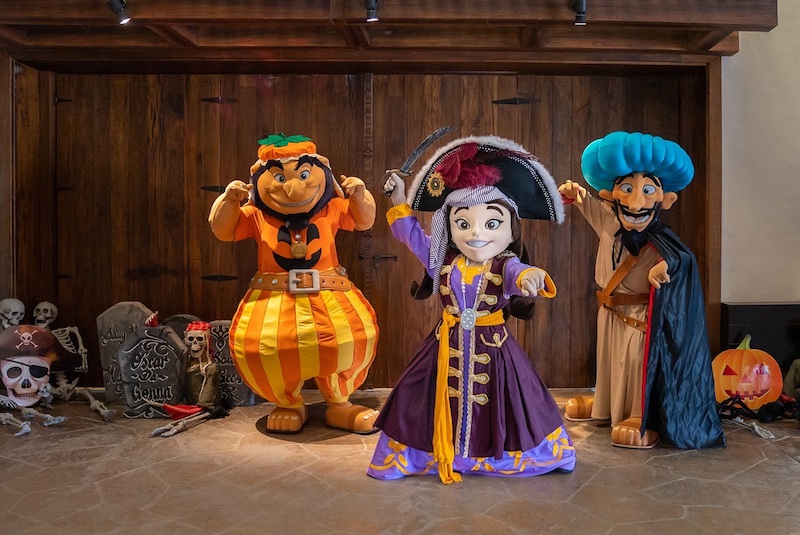 Warner Bros. World Abu Dhabi has some spooky goings-on this weekend, with special Halloween shows and decorations, but Yas Waterworld has our pick of the Yas Theme Parks parties. Their Bandits’ Boo night, between 4pm and 7pm on Friday will see the space given a deliciously eerie glow-up — there’ll be sweet treats for you to get goblin on and choreographed tricks from park performers along side the 45 rides and attractions that come as a Waterworld standard. 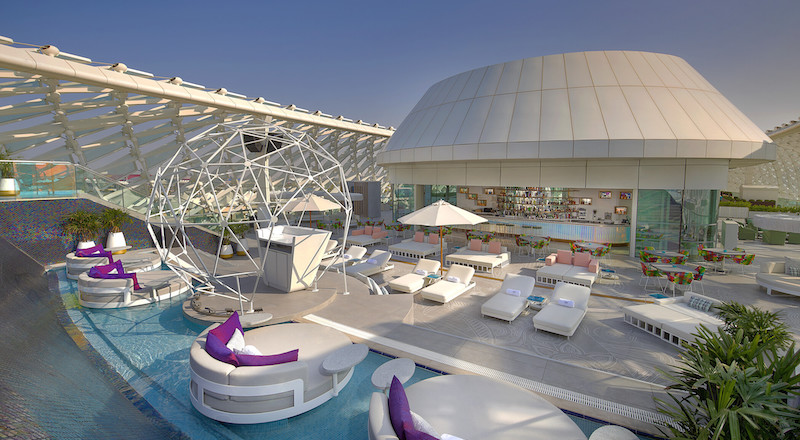 If you didn’t get tickets for the UFC 267 Fight Night, there’s still another knock-out event you can dive into. W Abu Dhabi — Yas Island’s luxe pool complex, Wet Deck is hosting a ‘Final Punch Party’ with lofty Yas view unlimited sips and award-winning DJ Nuff Said on the decks. 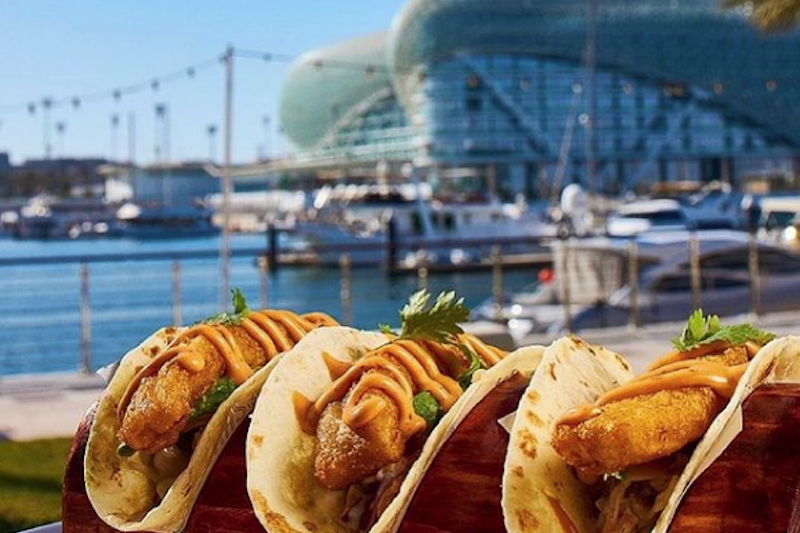 Bounce is back at Umm Al Emarat Park with access from Dhs30
12 of the best alfresco bars and restaurants in Abu Dhabi
Review: Niri Restaurant and Bar, Mamsha Al Saadiyat
Izu Burger by Chef Izu lands in Abu Dhabi

We’re unofficially obliged to start this entry with a rowdy ‘Yee-haw’ and a slap of the thigh, because this bar is a super-sized slice of apple pie Americana. This President of the United States of Sports Bars comes with a dizzying collection of 76 HDTVs, a retro arcade wall, pool table and of particular interest to this round up — a rootin’, tootin’, late night breeze-shootin’ shaded terrace with views of Yas Marina’s boating swag. They also have great deals on weekend roasts (Dhs99), Tuesday 2-for-1 deals, a lads’ night on Saturdays, a quiz night on Mondays, and their Friday ‘Marina Brunch’ begins at Dhs199. 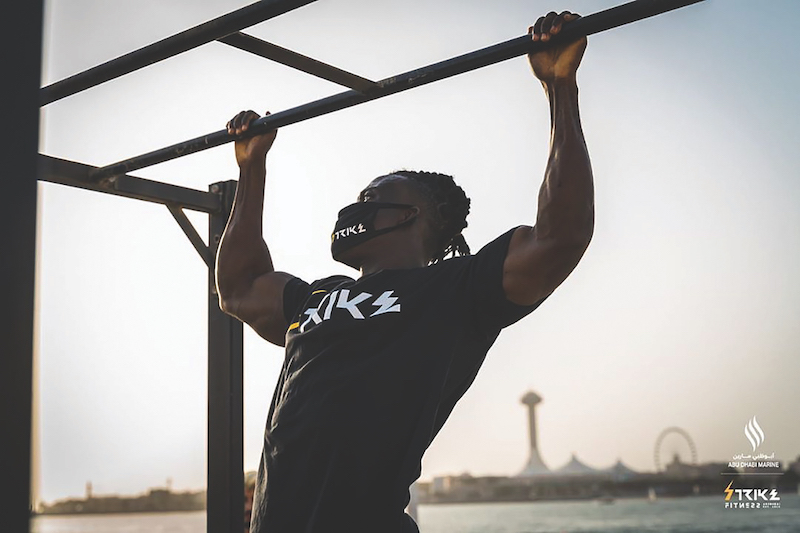 This flex squad help you get those gains on the grains —  they’re offering tickets to the sun show as well as the gun show, and a wide range of fitnness classes (from as little as Dhs60) on the Corniche beach. There are expert-led sessions in yoga, BoxStrike, calisthenics, HIIT, muay thai, ciruits and boxing, all in the glorious, wall-less dojo of the great outdoors. You’ll find them at Al Bahar at the Abu Dhabi Corniche, next to Abu Dhabi Marine, so if you fancy doubling down on that alfresco flexing, you’ll find a comprehensive selection of watersports activties, just a short walk away.

Culture
Eat & Drink
Film
Sport & Fitness
Things to do
EDITOR’S PICKS
UAE holiday dates announced for National Day
READ MORE
Emirates Dubai 7s is back: Here's why we're excited...
READ MORE
Tennis ace Andy Murray to play at Mubadala World Tennis Championship
READ MORE
UAE 50: Where to watch National Day fireworks in Dubai
READ MORE
MOST POPULAR
UAE confirms its first case of the Omicron variant
Alhosn Green Pass to only be valid for 14 days after negative PCR
20 of the best things to do in Abu Dhabi this long weekend: Part 2
First look: London-loved restaurant The Cinnamon Club opens in Dubai
Check out this amazing display at the world's highest outdoor infinity pool
YOU SHOULD CHECK OUT
Our website uses cookies and other similar technologies to improve our site and your online experience. By continuing to use our website you consent to cookies being used. Read our privacy policy here.