Emma Raducanu sends a message to her UAE fans

And more Mubadala Tennis things to look forward to…

Last week, we were able to share the incredibly exciting announcement that the first (of two) female sporting megastar(s) to play at Mubadala World Tennis Championship (MWTC) 2021, would be the sensational — Emma Raducanu.

After her victory in this year’s US Open, which was executed without dropping a set, Radacanu became the first British female since Virginia Wade, way way back in 1977, to win a Grand Slam singles title.

A remarkable feat in istelf, but one made all the more astonishing by the fact that she was only 18 when she achieved it.

Although she won’t be making the trip to our shores until the end of the year, Emma has kindly shared a message about her excitement of starting the new tennis season in Abu Dhabi.

We now also know that this talented teen will be taking on Swiss ace, Olympic champion and world number four, Belinda Bencic in the tournament that will take place at the Zayed Sports City, between December 16 and 18. 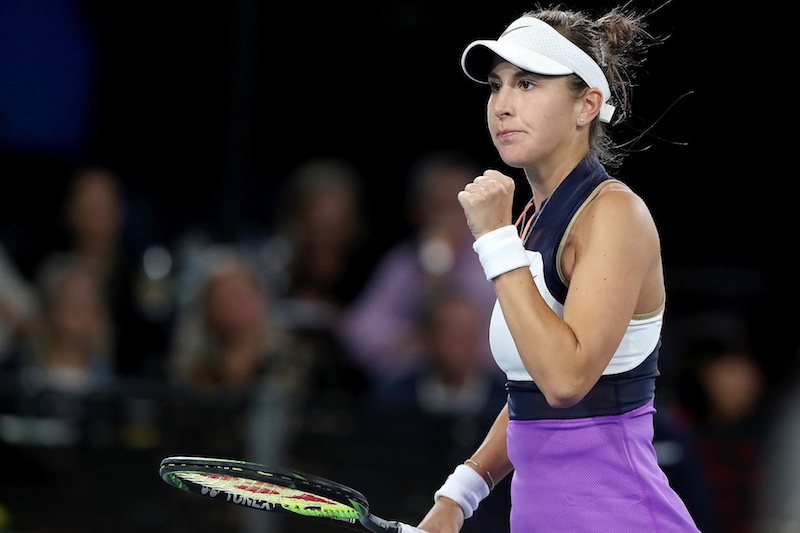 ADELAIDE, AUSTRALIA – FEBRUARY 26: Belinda Bencic of Switzerland celebrates a point against Cori Gauff of the USAduring day five of the Adelaide International WTA 500 at Memorial Drive on February 26, 2021 in Adelaide, Australia. (Photo by Sarah Reed/Getty Images)

The remaining six player names will be revealed over the coming weeks.

To get some insight into what else we can expect from this year’s tennis What’s On has the honour of speaking with organiser, Flash Entertainment’s Helen Mellor-Mitchell, Vice President of Marketing and Communications.

Speaking about the headline attractions, Helen said: “It’s all about the all-star line-ups and fan activations … We’ve always challenged ourselves to provide an unmissable experience for all of our audiences, from tennis fans to event loyalists to international businesses.”

“We are constantly seeking to evolve the offering with each edition and introduce some exciting new additions to enhance that experience even more.” 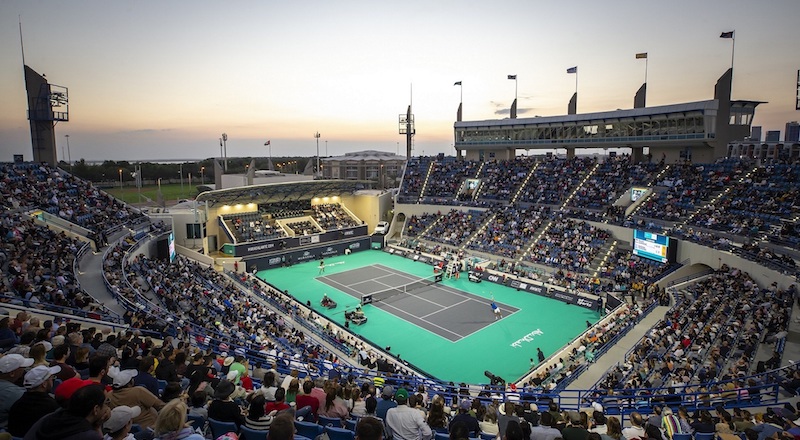 The Flash Marketing and Communications VP hinted that some additions in the fan zone this year will include brand new “virtual experiences”.

Helen was also able to share thoughts on what makes MWTC different to other tennis tournaments, and it’s all about the fan experience “it’s a very family-friendly event, we give spectators unrivalled access to the sport’s top players on and off the court”.

We have to agree, there is an undeniable ’boutique Grand Slam’ vibe that runs through the event. 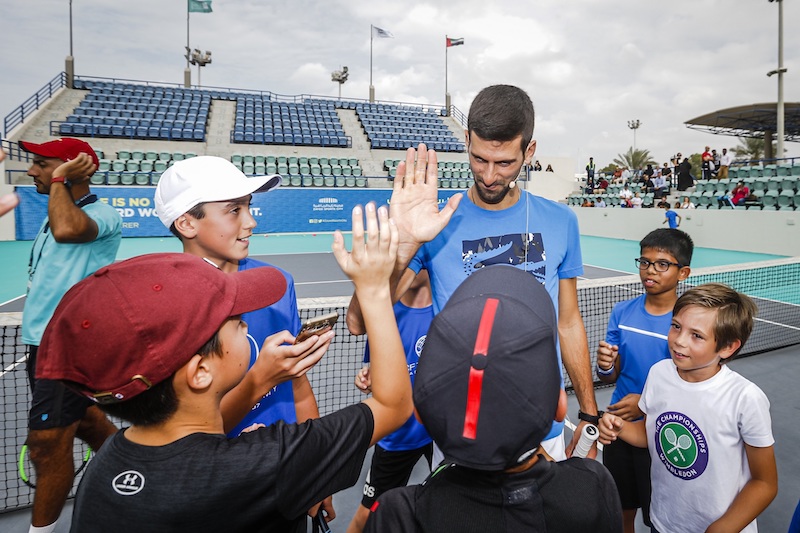 Winners in these events will score themselves incredible prizes, including once-in-a-lifetime opportunities to trade shots with some of the players headlining the Mubadala World Tennis Championship.

Current rules in the capital require individuals (over 12) attending public spaces to be vaccinated and able to demonstrate a Green Pass on the Alhosn app.

For this event, ticketholders under the age of 12 should show a negative PCR test result valid for no more than 48 hours (no exemption age was stated).

Culture
News
Sport & Fitness
Things to do
EDITOR’S PICKS
When is the UAE's next public holiday?
READ MORE
Zanzibar-inspired restaurant Mikoko Hut opens at UAQ mangrove beach
READ MORE
Christmas Day in Dubai: Festive brunches, lunches, roasts and more to book
READ MORE
This magical winter garden is back at Habtoor Palace Dubai
READ MORE
MOST POPULAR
The next Regional Artist Spotlight act is: Tamtam
6 brilliant things to do in Dubai this week: December 5 to 8
Party 75 floors high: A brand new club opens at SLS Dubai
6 awesome things to do in Abu Dhabi this week: Dec 5 to 8
Anantara's luxury resort on The World Islands to open on December 18
YOU SHOULD CHECK OUT
Our website uses cookies and other similar technologies to improve our site and your online experience. By continuing to use our website you consent to cookies being used. Read our privacy policy here.