This opera will surely give you goosebumps…

Visiting Expo 2020 Dubai on October 31 and missing out on all the Halloween trick or treat deals going around? Don’t worry, as Expo 2020 Dubai has something up its sleeve for you.

To celebrate the spookiest night of the year, the ‘World’s Greatest Show’ is hosting a spooktacular rock opera called ‘It’s a Musical Halloween’ on October 31. The opera will take place at the Dubai Millennium Amphitheatre. There is a show at 7pm and another at 9pm.

The opera will bring famous fright-night soundtracks to life in a 60-minute musical and dance performance. Some of the terrifying soundtracks you can expect to hear are Phantom of the Opera, Little Shop of Horrors, Thriller, Beetlejuice and more.

Mitch Sebastian is the creative mind behind the show with more than 30 years of global experience in the industry as a performer, director and producer. He has worked with Sir Cameron Mackintosh, Dame Gillian Lynne, Peter Hall Theatre Company, Sir Matthew Bourne and the maestro Kurt Masur at the London Philharmonic Orchestra.

He will be joined by renowned arranger and composer Steve Sidwell, who is the music director of It’s a Musical Halloween.

Sidwell’s distinctive and innovative orchestrations and compositions have featured on numerous albums, television shows, advertising campaigns and films. He picked up a Grammy Award in 2015 for Best Musical Theatre Album for the original cast album Beautiful: The Musical and has made musical contributions to dozens of movie soundtracks, including Moulin Rouge, Romeo & Juliet and Bridget Jones’s Diary.

Performances to watch out for at Expo 2020 Dubai in November

Grammy award-winning Riverdance is coming to Expo 2020 Dubai with daily performances from Thursday, November 4 to 27. Love Arabic music? Nancy Ajram and Ragheb Alama are hitting the stage on Friday, November 12. 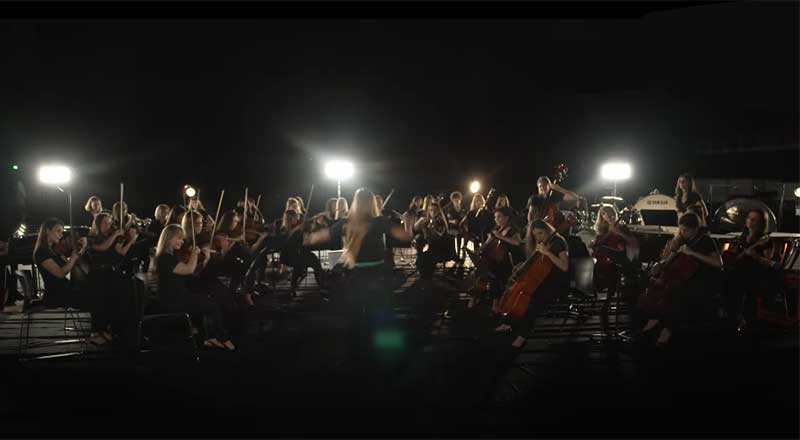 For fans of classical music, one performance you don’t want to miss is Firdaus Orchestra – an all-women ensemble formed by Oscar-winning composer AR Rahman. In November, there are two dates to see them perform – November 16 and 20.

We will let you know when we hear of top performances as soon as they are announced.

Culture
Expo 2020 Dubai
EDITOR’S PICKS
UAE holiday dates announced for National Day
READ MORE
Emirates Dubai 7s is back: Here's why we're excited...
READ MORE
Tennis ace Andy Murray to play at Mubadala World Tennis Championship
READ MORE
UAE 50: Where to watch National Day fireworks in Dubai
READ MORE
MOST POPULAR
UAE confirms its first case of the Omicron variant
Alhosn Green Pass to only be valid for 14 days after negative PCR
20 of the best things to do in Abu Dhabi this long weekend: Part 2
First look: London-loved restaurant The Cinnamon Club opens in Dubai
Check out this amazing display at the world's highest outdoor infinity pool
YOU SHOULD CHECK OUT
Our website uses cookies and other similar technologies to improve our site and your online experience. By continuing to use our website you consent to cookies being used. Read our privacy policy here.