What’s On The Bookshelf: Books for the spooky season

Light a fall-scented candle, order a pumpkin spice latte and grab one (or all) of these haunting reads…

Gothic, paranormal, psychological, serial killer or supernatural – whatever your choice of poison in horror fiction, you will be served accordingly. The team at Emirates Literature Foundation has curated a list of reads that put the boo in books!

Here are some haunting stories to ensure a harrowing, horrifying Halloween… 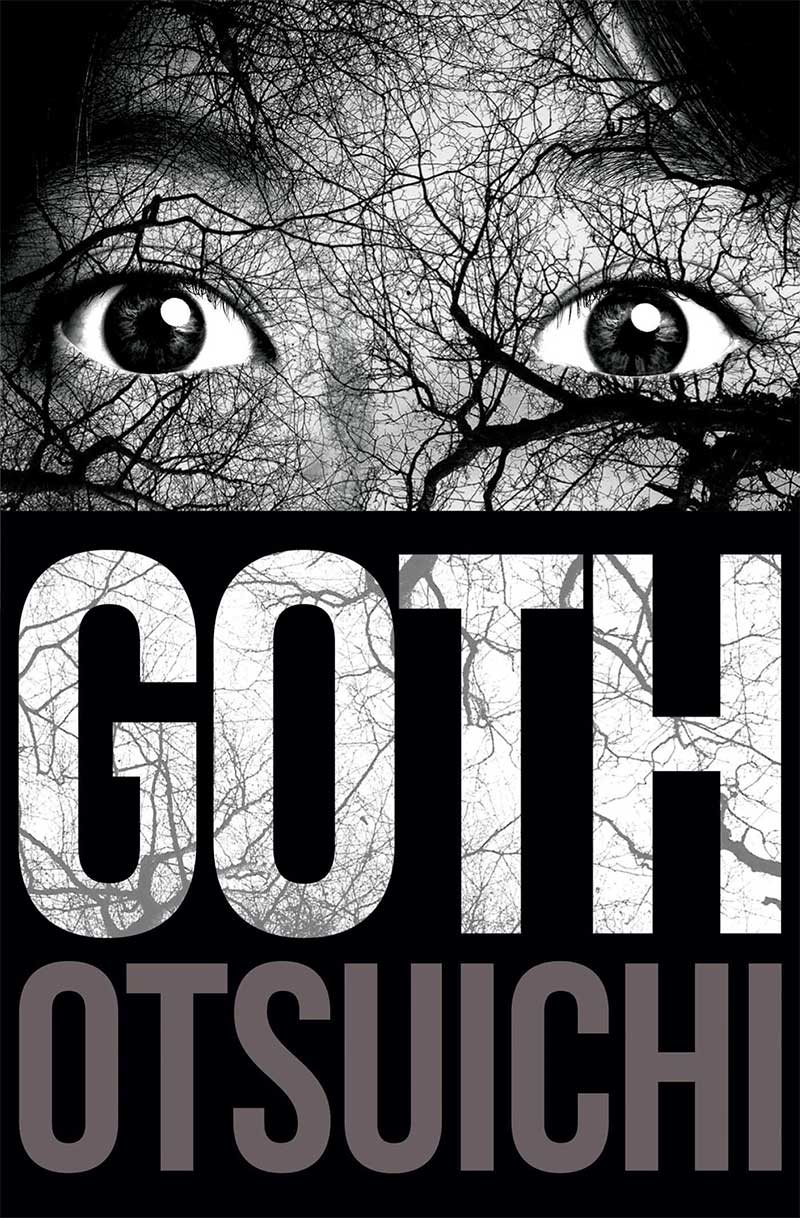 A story of two teenagers, Morino and her nameless male friend, who are obsessed with murder. Luckily for them (and unluckily for those in their geographical proximity), their town attracts a lot of murderers and serial killers. Their inquiries put them in the line of danger but the two feel no fear, only fascination.

Intense and macabre – an original and very disturbing take on detective fiction. The novel was written in Japanese, but the translation by Andrew Cunningham and Jocelyne Allen brings the horror to the table for English reading fans. Also available as Manga but beware, this grisly read is not for the faint of heart!

Nothing but Blackened Teeth by Cassandra Khaw 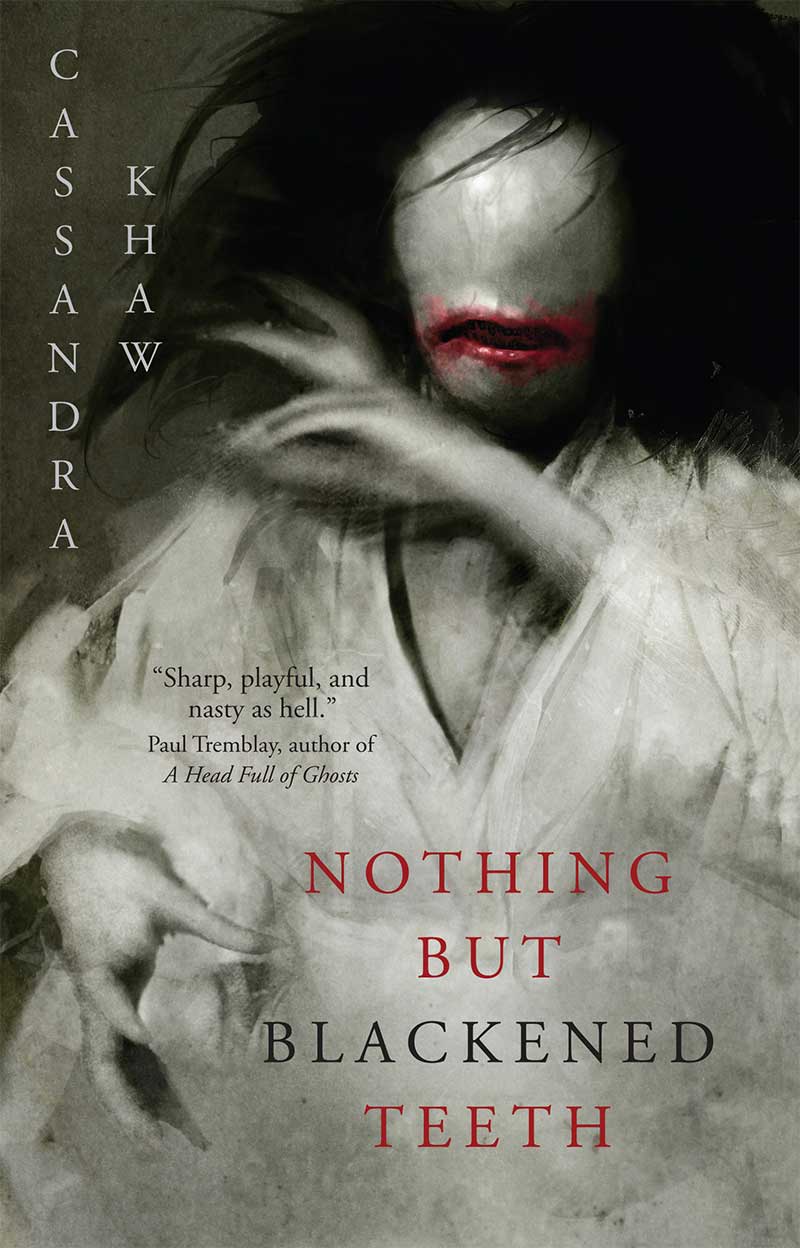 Most brides want destination weddings on a smooth sandy beach or a castle straight out of a fairy tale. But our blushing bride, Talia, wants to be married in a haunted house. What could be a more perfect venue than a Heian-era mansion where a bride buried herself alive after her husband died on his way to their wedding. If the ghost backstory and the decrepit manor weren’t enough, the complicated dynamics of the wedding party will certainly reel you in.

Fresh off the press, a book about Japanese folklore. Released just two weeks ago, this book has already garnered many fans (and some critics) in the horror fiction genre. Khaw does a commendable job of taking popular tropes and making them fresh.

The Yellow Wallpaper and Other Stories by Charlotte Perkins Gilman 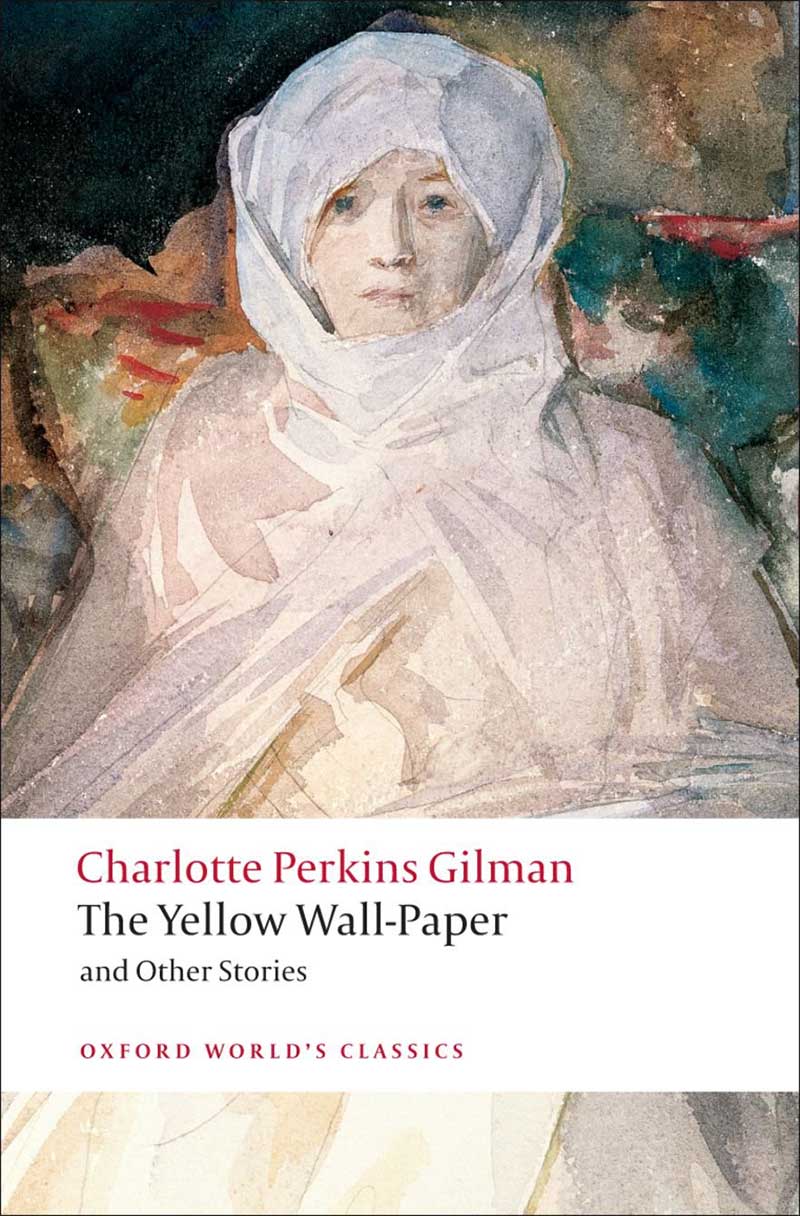 Is there anything that inspires more horror in men’s hearts than a feminist author?

The protagonist in Gilman’s title tale is a wife with a nervous condition who is being treated at home by her physician husband. She is made to stay in one room that is decorated with a hideous wallpaper ‘dull enough to confuse the eye in following, pronounced enough to constantly irritate, and provoke study, and when you follow the lame, uncertain curves for a little distance they suddenly commit suicide – plunge off at outrageous angles, destroy themselves in unheard-of-contradictions.’ And so, begins the descent to madness.

A great collection of short stories that explore the attitude of society towards women with mental health issues.

My Heart Is a Chainsaw by Stephen Graham Jones 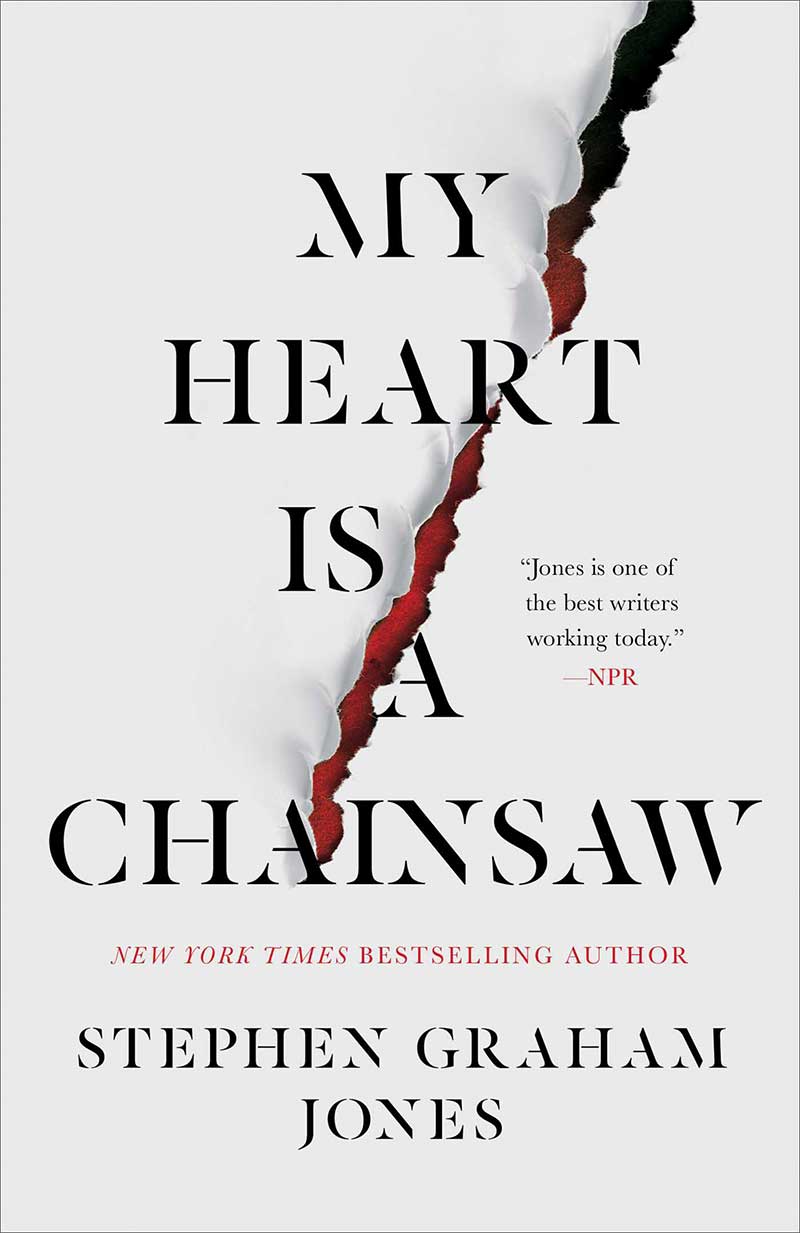 Jade Daniels a half-indigenous 17-year-old who is abused by her father, ignored by her mother, and cast aside by her town. Her sanctuary is in horror films, especially slashers where an antagonist returns to seek revenge against those who wronged him (or her) in a violent and gory manner. Her obsession with the films is her shield, her coping mechanism. But when a series of dead bodies start appearing, the question arises: is she losing her mind, or has she somehow summoned the thing she loves and invited it to disrupt and destroy everything around her?

An anomaly for the genre, this book is slow-paced and traverses the issues of race and class in a never seen before format reminding us that the real monsters have human faces. 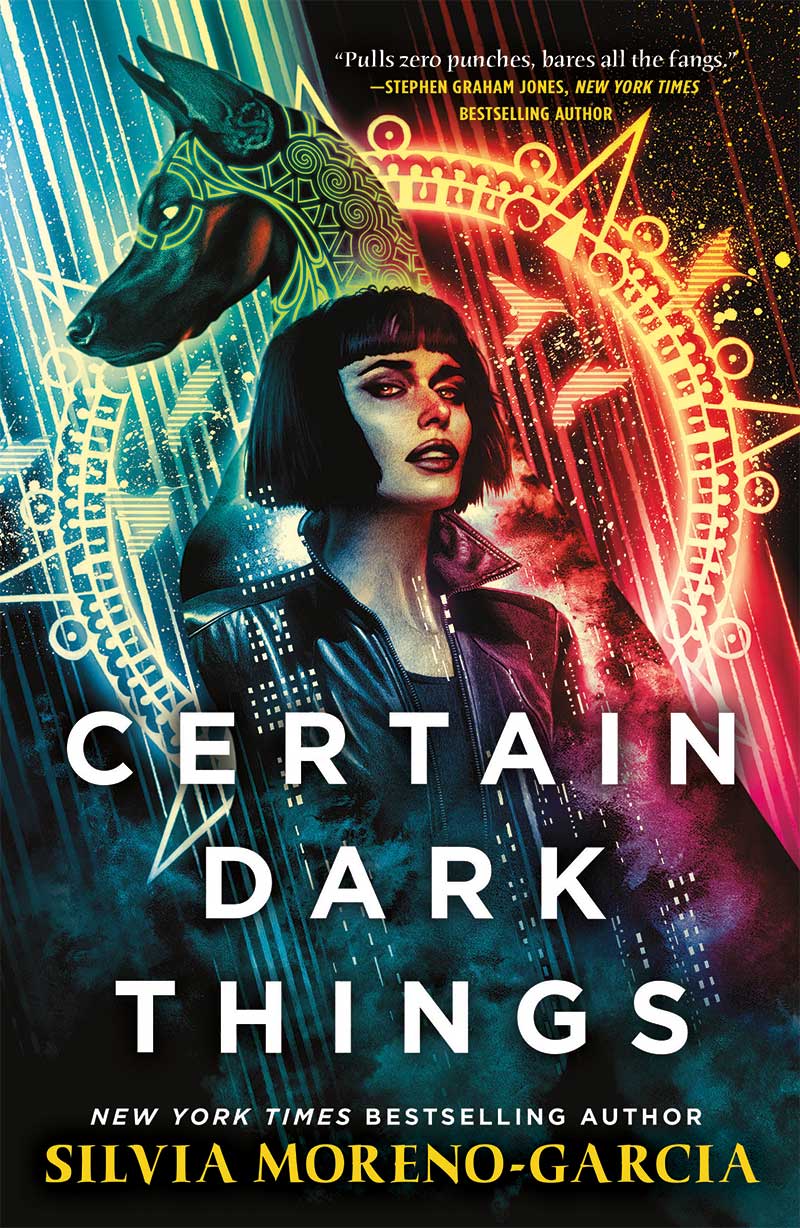 Mexico is taken over by vampires and the only refuge is Mexico City – a closed nation. But when a rival gang of Necros descend on Mexico and destroy her family, Aztec blood drinker Atl flees to Mexico City to escape the bad blood. Domingo, a scrappy street kid, is not a typical vampire type but this is not a typical vampire novel. Atl joins forces with Domingo but how much help can he be in her fight against local cops and international vampires?

Brutal, gritty, authentic and as with all of bestselling New York Times author Silvia Moreno-Garcia’s work, unique. A neo-noir supernatural story with a huge helping of folklore – this is a book that is well worth a second read.

In the mood for more books that keep you up all night? Check out the list of Halloween reads for horror movie fans on the Emirates Literature Foundation blog and listen to Silvia Morena-Garcia talking Mexican Gothic and more on their podcast the Boundless Book Club. Follow the Foundation on social media to get all the latest Festival news.

Books
Culture
EDITOR’S PICKS
When is the UAE's next public holiday?
READ MORE
Zanzibar-inspired restaurant Mikoko Hut opens at UAQ mangrove beach
READ MORE
Christmas Day in Dubai: Festive brunches, lunches, roasts and more to book
READ MORE
This magical winter garden is back at Habtoor Palace Dubai
READ MORE
MOST POPULAR
Exclusive reveal: Gorgeous new Bar Buci opens at Jumeirah Al Qasr
Iconic restaurant Beach Bar & Grill reveals a new look
A huge new dining and entertainment venue to open on Bluewaters Island
Eat around Atlantis, The Palm at this annual festive mega feast
NYE 2021: Where to spend New Year's Eve in Dubai
YOU SHOULD CHECK OUT
Our website uses cookies and other similar technologies to improve our site and your online experience. By continuing to use our website you consent to cookies being used. Read our privacy policy here.