9 Christmas performances in Dubai to see this festive season

Christmas
Culture
Family
Things to do

It’s finally that festive time of year where you dig out the Christmas decorations, place an order for a tree, list out gift ideas and make plans with your loved one.

While dinner plans and brunches fall under the last category on that list, don’t forget to add in some of these cool Christmas performances in Dubai that will truly put you in a jolly good spirit.

When: November 26 and 27, December 4
Where: Theatre at Mall of the Emirates

The performance follows Louna as she decides to go back to Winterland. On her arrival, however, she finds out that her magical friend, the snowman has been melted by the sun. Louna and the citizens of Winterland decide to build him again in an adventure that includes interesting characters, catchy tunes and loads of fun – a perfect treat for the little ones. Prices start from Dhs75 per person.

If you’re looking for a great festive show the whole family will enjoy, head to the Theatre by QE2 for Magic Phil’s new festive show. Expect silliness, magic and a big pinch of audience participation – the perfect ingredients for belly laughs. Prices start from Dhs100.

The Laughter Factory’s ‘Best Christmas Party in the World, Ever!’ 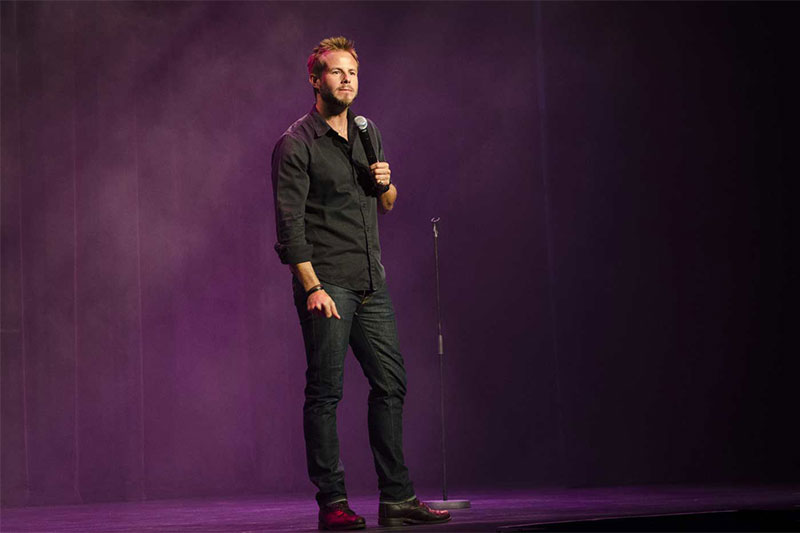 The festive season in Dubai can put anyone in a good mood and if you want to heighten that feeling of euphoria, book yourself in for a stand-up comedy show. The Laughter Factory festive show is ideal for adults and will leave you feeling like a six-year-old on Christmas morning. Heading to Dubai in December to provide the belly laughs are Brad Upton, Chas Elstner and  Jimmy Mcghie. Shows take place at four different venues around Dubai: Movenpick JBR Dubai, Zabeel House by Jumeirah The Greens, Grand Millennium Barsha Heights and Studio One Hotel.

For details and to make your ticket purchase, head here. 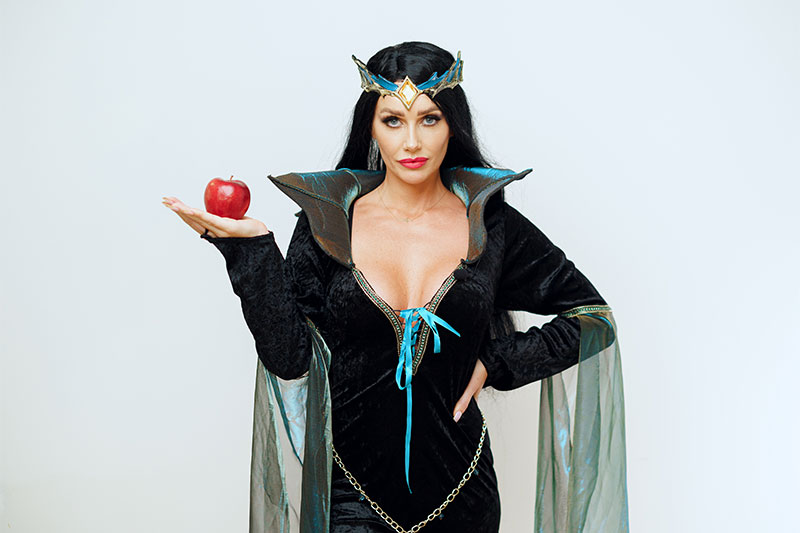 When: December 14 to 28
Where: Theatre at Mall of the Emirates

This December, a fun festive family pantomime, Snow White and the Seven Dwarfs is taking place at The Theatre at Mall of the Emirates. The show has a brand-new script, tailor-made for Dubai and features much-loved aspects of the traditional panto such as crowd participation, larger than life costumes and songs for the whole family to sing along to. Prices star from Dhs175.

Theatre by QE2 has announced that their Christmas pantomime this year is Aladdin. Hop onboard the QE2 and onto the magic carpet to witness whether Aladdin can outwit the evil vizier, Abanazer and win the hand of Sultan’s beautiful daughter, Princess Jasmine. The goofy Genie will be there too and his best friend, Shaggy – the self-appointed crown prince of comedy. Prices start from Dhs96.

The Christmas Songbook (Theatre by QE2) 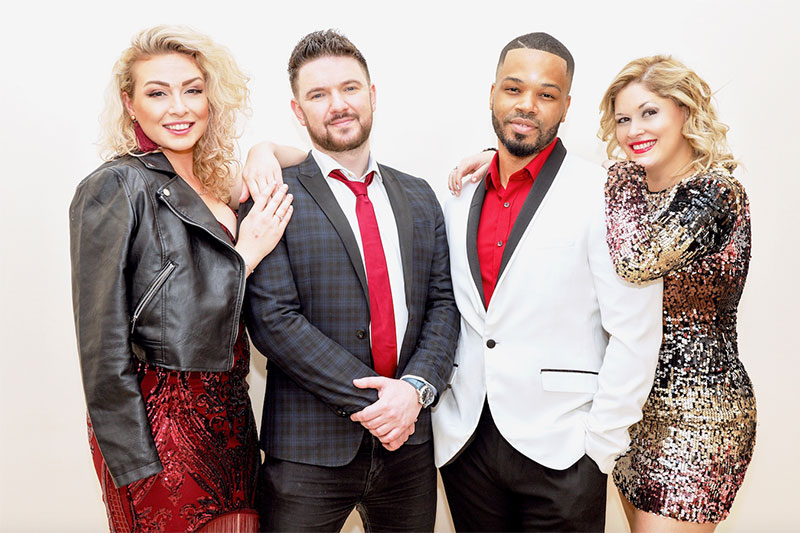 UAE’s very own Divas and Maestros debut the Christmas Songbook onboard the Theatre by QE2 on December 17 and 18. The wondrous voices of Lisa Goldin, Emily Peacock, John Marques and Sean Lipsey performing in this theatrical spectacular will take you on a journey of the top Christmas showstoppers of all time. Prices start from Dhs90.

The Christmas Songbook (Fairmont the Palm)

When: December 21 and 22
Where: Fairmont The Palm, Dubai

On December 21 and 22, Lisa Goldin, Sean Lipsey, Leote Taylor and Krystle Parkin will sing their hearts out at Fairmont the Palm. Expect classics like White Christmas, Santa Claus Is Coming to Town, Rocking Around The Christmas Tree, Jingle Bell Rock and many more. Prices start from Dhs90.

The Sound of Christmas by Dubai Opera Big Band

When: December 22
Where: Dubai Opera

It’s the most wonderful time of the year and Dubai Opera Big Band are back to help celebrate. The 25-piece band will be performing all your Christmas favourites such as Santa Baby, Jingle Bell Rock, Feliz Navidad, All I Want for Christmas Is You, Rockin’ Around the Christmas Tree and many more. Special guest singers are also expected to return. In the spirit of Christmas, every ticket gets a Father Christmas hat and a glass of Christmas beverage. There are two performances on the day, a family show at 2pm and an evening show at 8pm. Prices start from Dhs95. 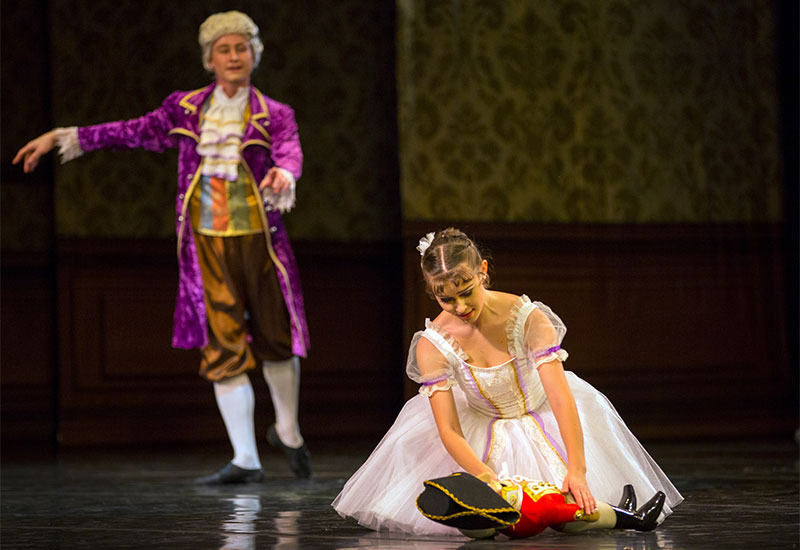 Returning to the Dubai Opera this December is an all-time Christmas favourite – The Nutcracker featuring the beauty of Russian ballet set to Tchaikovsky’s splendid score. The story takes place during a Christmas Eve party where a young Clara Stahlbaum receives a nutcracker from her mysterious Godfather Drosselmeyer. Come midnight, enchantment envelopes the household as the Nutcracker springs to life to battle the Rat King and his evil curse. Finally free, the Nutcracker transforms into a prince and invites Clara on a dreamlike journey to a Land of Enchantment. Expect familiar tunes such as the Waltz of the Flowers and the Dance of the Sugar Plum Fairy. Prices start from Dhs350.

Christmas
Culture
Family
Things to do
EDITOR’S PICKS
UAE holiday dates announced for National Day
READ MORE
Emirates Dubai 7s is back: Here's why we're excited...
READ MORE
Tennis ace Andy Murray to play at Mubadala World Tennis Championship
READ MORE
UAE 50: Where to watch National Day fireworks in Dubai
READ MORE
MOST POPULAR
UAE confirms its first case of the Omicron variant
Alhosn Green Pass to only be valid for 14 days after negative PCR
20 of the best things to do in Abu Dhabi this long weekend: Part 2
First look: London-loved restaurant The Cinnamon Club opens in Dubai
Check out this amazing display at the world's highest outdoor infinity pool
YOU SHOULD CHECK OUT
Our website uses cookies and other similar technologies to improve our site and your online experience. By continuing to use our website you consent to cookies being used. Read our privacy policy here.