We’re lucky to live in a city that never stops evolving – and a new growth spurt has just been announced.

Dubai is set to get a significant amount of new and improved roads, bridges and canal stations as part of the RTA’s Traffic and Transportation Plan 2030.

The series of landmark projects has just been given the green light by His Highness Sheikh Mohammed bin Rashid Al Maktoum, Vice President of the UAE and Ruler of Dubai. Here they are…

So what’s going to change in the city?

The internal streets of 16 Dubai residential suburbs will be paved to give residents a better pedestrian experience. ‘Walkability’ is a key directive for the RTA’s 2030 plans. There will be a lot of green spaces added to Dubai’s residential streets too, and this part of the project will begin in the first quarter of next year, and be finished by 2021.

There will be a new bridge at the Shindagha Crossing point between Deira and Bur Dubai – this will replace the Shindagha Tunnel. The design of the bridge will be inspired by ‘infinity’.

The roads around the whole area will be improved too. Construction will take place over three phases, and the first one is already complete. The second phase will connect the crossing to Sheikh Khalifa Bin Zayed Road (near Abu Hail Road) and the third phase will overhaul the intersection of Abu Hail Road with Cairo Road and Al Rasheed Road and also includes Al Mamzar Bridge and Abu Hail bridge.

You can read more about phase one of that project (and the affect it’s having on traffic today) here.

There will be a 120-metre-long pedestrian bridge built by early 2017 that will connect Al Sufouh Road with Western Street in the JBR area.

5. SHORTER DRIVE TIME TO THE AIRPORT

The RTA will also expand Dubai Airport Road with bridges and tunnels – this will increase the capacity of the road by about 5,000 vehicles per hour. It will also reduce the time it takes to travel from Sheikh Mohammed Bin Zayed Road to Casablanca Street from 30 minutes to five minutes.

There’s also a project called Jewel of the Creek that involves the construction of a pedestrian bridge on Baniyas Road and on the intersection between Jebel Ali Lehbab (E77) and Qudra Streets near Al Qudra cycle track (where they will also build a flyover bridge for bicycles).

Remember how Business Bay is getting completely overhauled as part of the Dubai Canal project? Well yesterday they announced what the marine stations at Business Bay will look like, with Sheikh Mohammed choosing these designs… 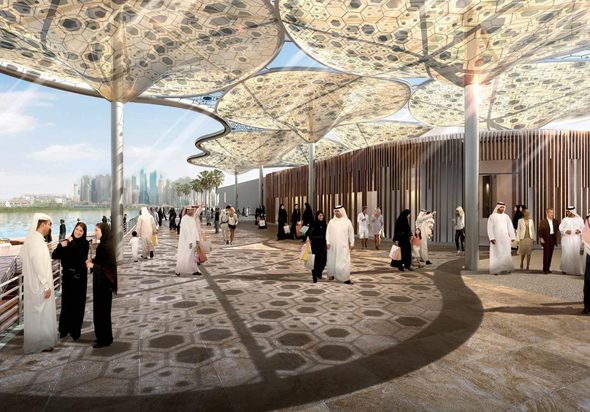 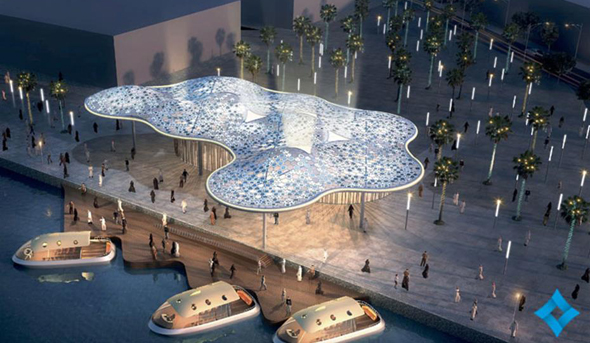 Sheikh Mohammed chose the design because it “matches local architecture in the region and has “tinted shades to serve tourists, visitors and users of public transportation.” By 2030 there will be 30 marine stations in Dubai.

The Metro link buses will soon also have their own look to make it clear that they are specifically meant to serve the metro. 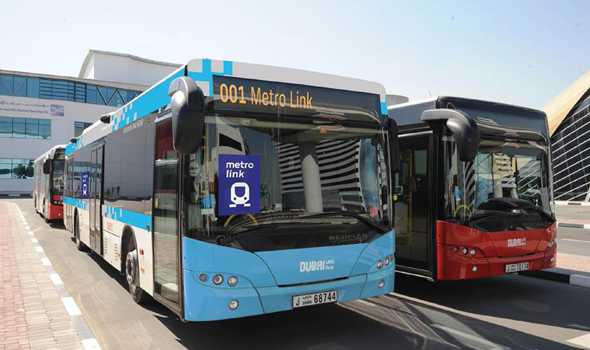 Public transport capacity will be boosted overall as part of the project. The Burj Khalifa Dubai Metro station will be expanded so that it can easily accommodate 180,000 passengers a day.

News
Transport
EDITOR’S PICKS
Here's the full list of UAE public holidays in 2023
READ MORE
23 incredible things to look forward to in the UAE in 2023
READ MORE
Hidden gems: 10 UAE desert pop-ups to discover this winter
READ MORE
Where to travel in 2023: 10 new flight routes from the UAE
READ MORE
MOST POPULAR
Pics of the week: Your best photos of the UAE
Dhow & Anchor has got you covered every day of the week
RTA: All the road closures you need to be aware about
Review: The Nice Guy Dubai
Masha and the Bear is coming to Abu Dhabi this April
YOU SHOULD CHECK OUT
Our website uses cookies and other similar technologies to improve our site and your online experience. By continuing to use our website you consent to cookies being used. Read our privacy policy here.