Is this the best five-star hotel deal in all of Dubai? Quite possibly...

You won’t believe how much you can get for under Dhs2,000…

You’re all familiar with the above hotel, right? Along with the Burj Khalifa, Burj Al Arab and Palm Jumeirah, Atlantis The Palm is one of Dubai’s most iconic structures.

But a five-star staycation usually comes with a five-star price tag, meaning this is a destination for very special occasions only.

However a flash sale may be about to change that.

From tomorrow, the Atlantis are offering a limited-edition deal that sounds almost too good to be true. 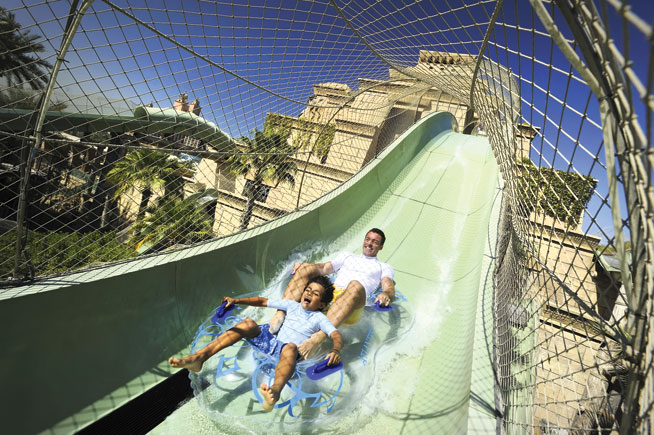 READ MORE
*We’re in Gangsta’s Paradise… because Coolio’s coming to town*
*If you use these roads, you need to know about a new Dhs600 fine*
*Feline excited? This legendary musical is coming to Dubai*
*Holy moly, this is the newest hotel coming to JBR*

For Dhs1,990, two adults and two kids will get a one-night stay in a deluxe room, where your view will be either The Palm of the Arabian Gulf. Included is also breakfast for two adults in either the Saffron or Kaleidoscope restaurants, and a Japanese dinner worth Dhs1,000 at A-lister fave Nobu.

Taking the kids? You can also spend that dough at Bread Street Kitchen.

And we’re not finished. You also get unlimited entry to the Aquaventure water park, unlimited entry to The Lost Chambers Aquarium, and “preferential rates” for Dolphin Bay, where you can swim, meet, or scuba with the friendly marine animals. 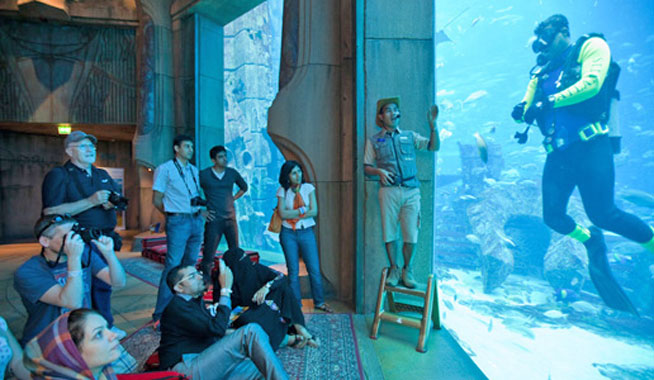 There’s also (we’re almost finished, promise) a complimentary session at the Kid’s Club for two children, and a two-for-one deal on 30-minute head, neck and shoulder massages at ShuiQi Spa.

Phew. This kind of redefines what a package holiday is, right?

All up, everything included is worth Dhs5,700 – but there’s a catch.

You have to be quick as this offer is only on for a limited time. You can only book the package until October 4, however you can redeem the deal until the end of February of next year (you can also pay to add on extra nights too – but you don’t have to). There are some blackout dates over especially busy periods though. 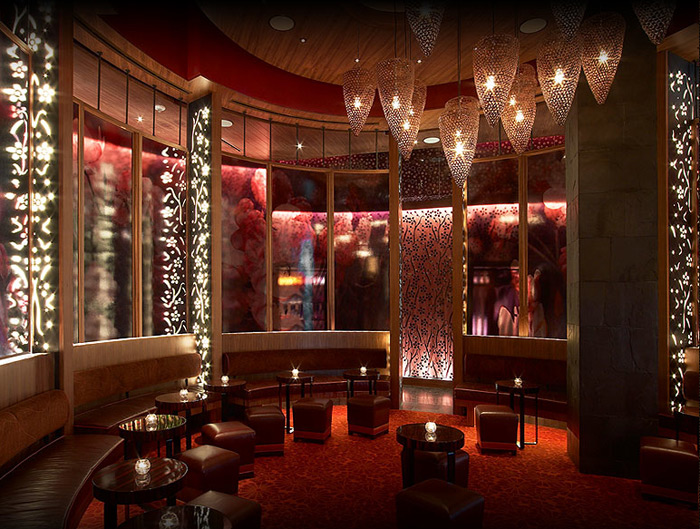 Keen? You can book online at atlantisthepalm.com/special-offers/nobu-room-package.

Staycations
Travel
EDITOR’S PICKS
Ramadan in Dubai: 38 iftars to try
READ MORE
Where can Dubai residents travel? Check out these 14 destinations
READ MORE
Rumours, facts and reveals: New Abu Dhabi bars and restaurants
READ MORE
UAE announces reduced working hours for Ramadan 2021
READ MORE
MOST POPULAR
5 ways to stay fit the fun way at Hudayriyat Island this Ramadan
How many days will we get off for Eid Al Fitr 2021?
Urban Outfitters' sister brand Anthropologie to open in The Dubai Mall
This double vacation offer includes stays in both Dubai and the Maldives
Dog of the Month: ubk launches unique social media competition
YOU SHOULD CHECK OUT
Our website uses cookies and other similar technologies to improve our site and your online experience. By continuing to use our website you consent to cookies being used. Read our privacy policy here.