More evidence that our leaders are ahead of the curve…

Australia’s Institute of Certified Management Accountants has created a system for ranking the effectiveness of governments in dealing with the Covid-19 threat.

The result is the Global Response to Infectious Diseases (GRID) table, an investigation that evaluates political, cultural, geographical and social dimensions and then ranks the responses of countries accordingly.

In the table that places New Zealand top, the UAE appears joint ninth — that’s above countries like Germany, India, UK, Denmark and the USA. 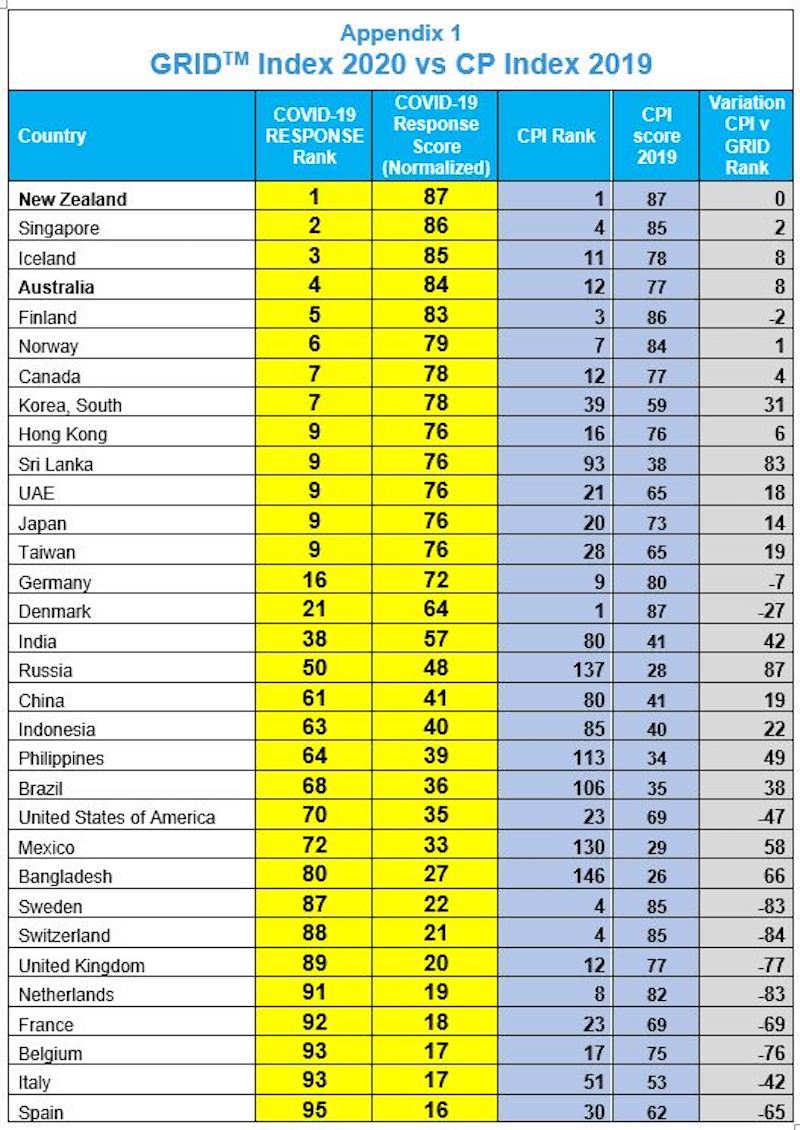 The percentage of cases tested compared to the population indicates how preemptive the healthcare system is handling the pandemic. The amount of deaths as a ratio of cases shows the efficiency of the overall healthcare system.

And the number of deaths per million of population, demonstrates the overall effectiveness of a country’s response.

The data was entered into an algorithm, which assigned a complicated weighting to the various results. Based on this – a table of performance was created, and this where the UAE, which scored highly on all counts, was ranked in the world’s top 10.

There is no doubt that the UAE’s decisive preventative measures — such as the National Disinfection Programme, alongside futuristic technology, and innovative testing procedures have all played their part in the country’s success.

But it’s the wise-direction and quick thinking of our leaders that has driven it all.

News
EDITOR’S PICKS
Ain Dubai will open with fireworks, live music and a drone show
READ MORE
Incredible Aura SkyPool to open in Palm Tower this November
READ MORE
Brit Grand Slam hero Emma Raducanu confirmed for Mubadala Tennis
READ MORE
What’s On Nightlife Awards 2021: Here are the nominees...
READ MORE
MOST POPULAR
13 of the best places for glamping in the UAE
Emma Raducanu sends a message to her UAE fans
Parisian celebrity hotspot Caviar Kaspia has opened in Dubai
Here's what you'll be eating at SushiSamba when it opens in November
Chic Mediterranean beach bar Ula is now open on the Palm Jumeirah
YOU SHOULD CHECK OUT
Our website uses cookies and other similar technologies to improve our site and your online experience. By continuing to use our website you consent to cookies being used. Read our privacy policy here.