6 things to look forward to in Dubai this September 2020

There’s plenty to look forward to…

Without really knowing how we got there, tomorrow marks September 1, 2020. Now that Dubai is getting back to normal (or the ‘new normal’ at least), there are plenty of new restaurant openings, events and other things to look forward to this month.

Here’s 6 things to look forward to in Dubai this September, 2020… 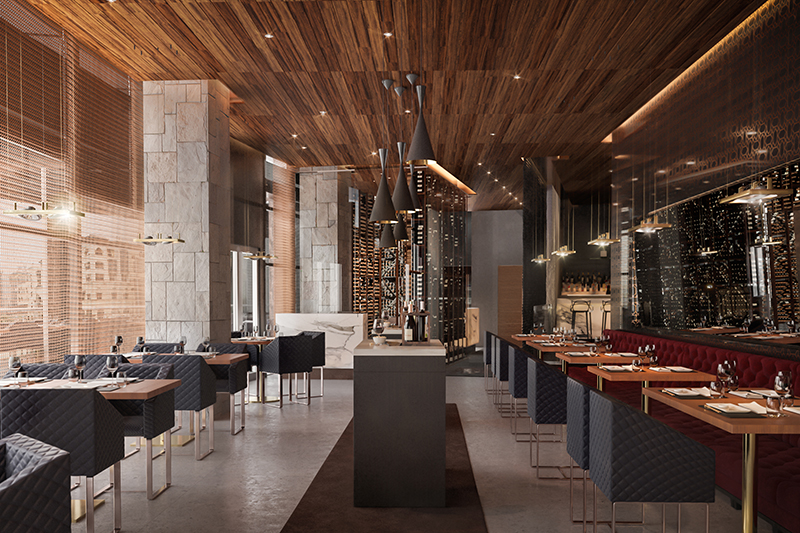 After months of anticipation, famed Japanese eatery, 99 Sushi Bar & Restaurant is finally opening its doors on Tuesday, September 1, aside the Address Downtown hotel, in Downtown Dubai. It’s the second branch in the UAE, as a venue has been open in Abu Dhabi since 2017. Whilst the cuisine is Japanese, the haute restaurant originally made a name for itself in Spain. Expect fine-dining Japanese cuisine from sushi to nigiri, as well as 99 Sushi’s signature dishes, such as Gunkan Sushi (Uni Toro, Caviar), Spicy Tuna Tartar, Foie Gras Nigiri and the famous crispy tiger prawn tempura dipped in spicy sauce. The interior is the perfect blend of plush velvets and striking walls in hues of red and black, set off by ornate gold fixtures. 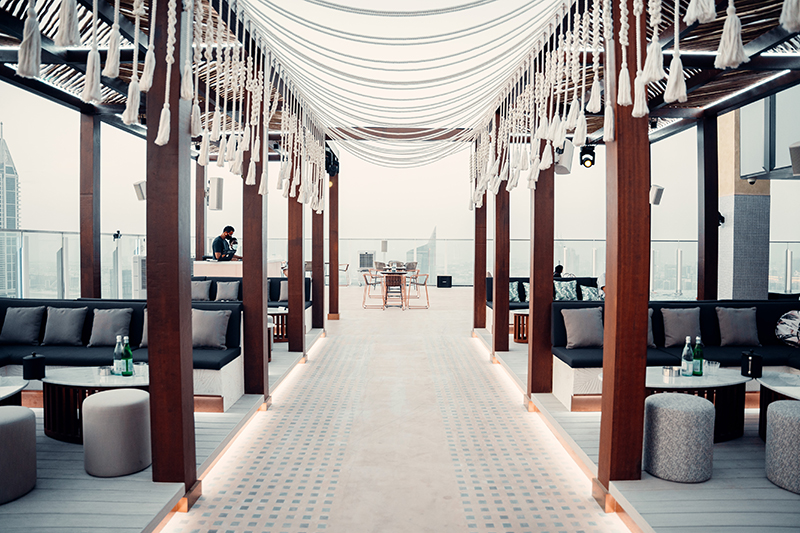 Paros, is an ultra-chic Mediterranean-style terrace up on the 46th floor of one of Dubai’s coolest new hotels, Taj Jumeirah Lakes Towers. Throw in cabana-style seating areas, expertly-crafted cocktails, light bites, a DJ and incredible city views, and you’ve got yourself a seriously cool spot. It’s launching two amazing new evening concepts. ‘Nisi on 46’ launches on Thursday, September 3, with three drinks for Dhs99 and three Mediterranean dishes for Dhs150. ‘ABOVE’ launches on Friday, September 11 , where you can enjoy five drinks for Dhs150, plus mezze platters, wine and much more as you watch the sun set over the city.

The Laughter Factory is back with great shows throughout September 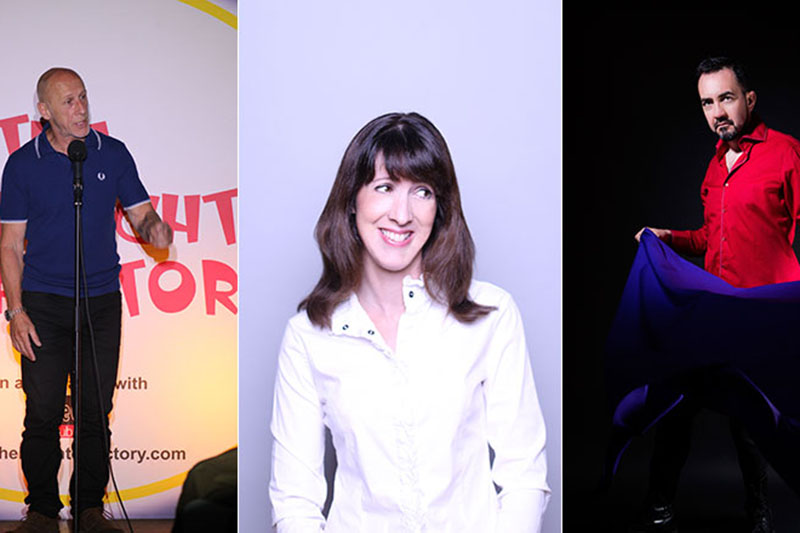 Laughter Factory, the Middle East’s longest-running comedy club has just announced its next line-up of comedians. The month of September sees Stephen Carlin, Pierre Hollins and Sally-Anne Hayward providing the humour that’s guaranteed to tickle your funny bones from Thursday September 17 to Friday September 25. Find out more about the performing comedians here.

A ‘boho-chic’ restaurant is opening on Dubai’s Palm Jumeirah 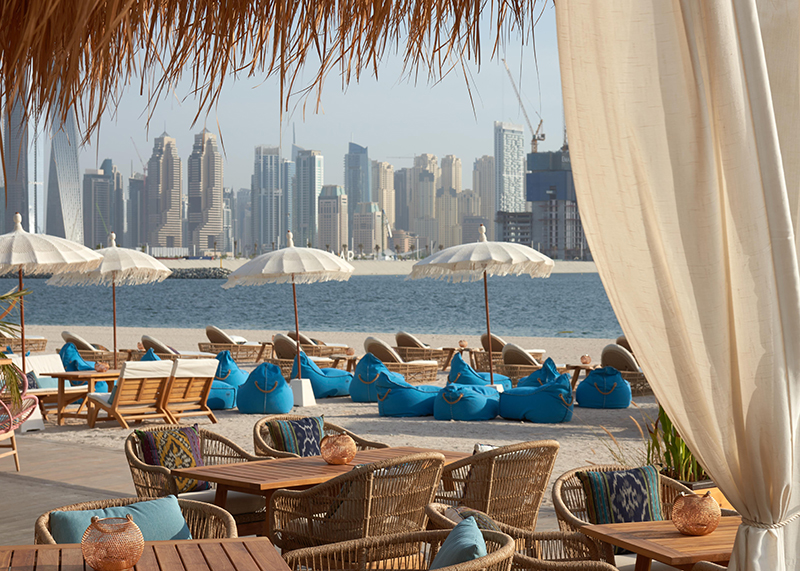 Brand new Bali-inspired beach bar, Koko Bay, is set to open its doors on Dubai’s Palm Jumeirah. Opening tomorrow, Tuesday September 1, the chic boho venue looks like the ultimate place to enjoy sundowners on the beach. The venue has a mixture of indoor and outdoor space, and uses sun loungers and hammocks as well as bright blue bean bags, cream macramé decoration and wooden rattan furniture to create the Balinese style design.

Popular Jumeirah Four Seasons restaurant Verde Dubai is reopening on Sunday, September 6. The chic restaurant, which hails from Paris, France has been welcoming food lovers to its Dubai outpost since December 2019 (apart from its hiatus of course). The restaurant has both indoor and outdoor space, with the inside featuring a lush jungle inspired bar and restaurant area. The outdoors have a chic boho theme, with rattan furniture and muted pops of colour in the soft furnishings.

The first What’s On Lock-In, in Abu Dhabi launches 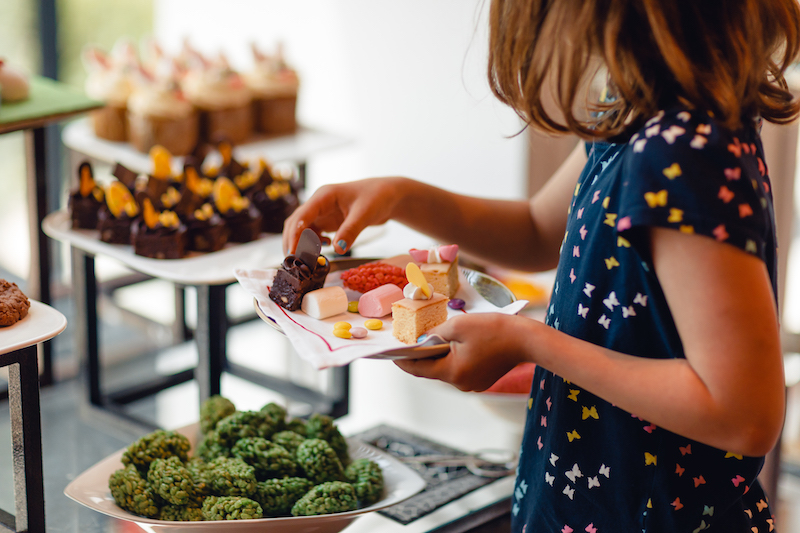 Fancy an amazing getaway with the family, including an overnight stay, brunch, activities for the little ones and the adults, breakfast the next day, more activities, pool time and a late check-in? For the first time, we take our epic What’s On Lock In staycation to the UAE capital, with a family-friendly twist and our best deal ever. Yes, we’re headed for Abu Dhabi’s Fairmont Al Bahr on September 18 to 19 for the What’s On Lock In Family Edition and here’s what’s in store.

Eat & Drink
EDITOR’S PICKS
What’s On Nightlife Awards 2021: Here are the nominees...
READ MORE
It's back! What's On Lock In returns to Media One Hotel
READ MORE
Arts and culture: 5 spots we can't wait to visit at Expo 2020 Dubai
READ MORE
UAE petrol prices are set to decrease in September 2021
READ MORE
MOST POPULAR
This new family-friendly brunch includes free cinema tickets
Pics of the week: Your best photos of the UAE
How to use Playkey.me, the region's first supercharged cloud gaming service
The Mai Dubai half marathon is back in October
Exhibitions, workshops and more to experience at Sharjah Art Foundation
YOU SHOULD CHECK OUT
Our website uses cookies and other similar technologies to improve our site and your online experience. By continuing to use our website you consent to cookies being used. Read our privacy policy here.