Hopefully landing in time for the festive season…

If, like us, you’re still reeling from the knowledge that the UAE was able to build a massive indoor ski slope with real snow in the middle of a desert, hold on to your wooly hats. Because your world is about to get even wilder.

The enchanted-forest themed Snow Abu Dhabi is scheduled for completion in the last part of this year, and it’s being trailed as ‘the world’s largest snow park’. 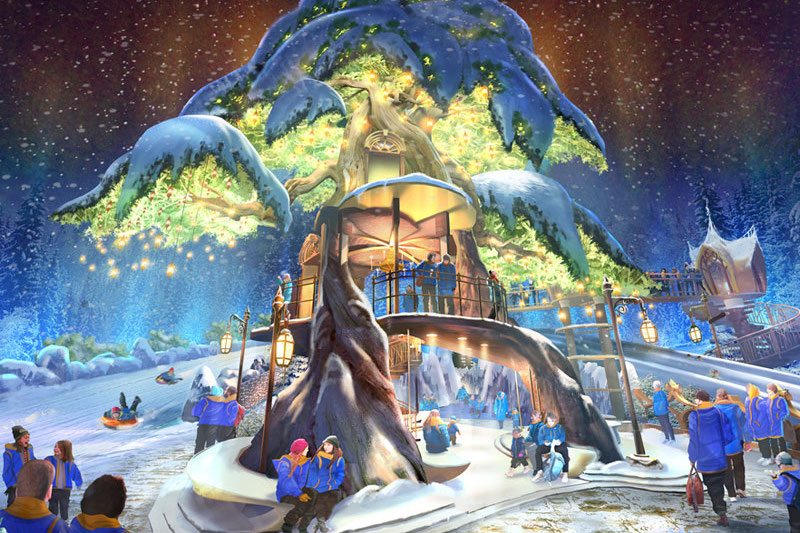 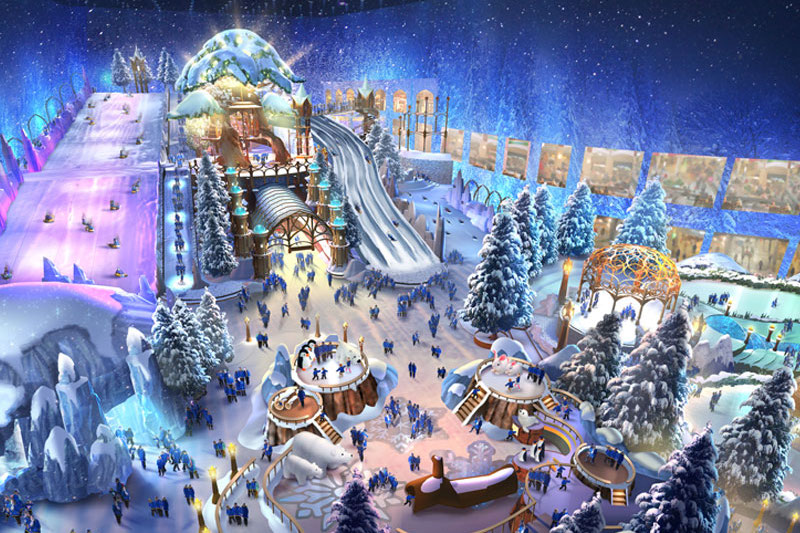 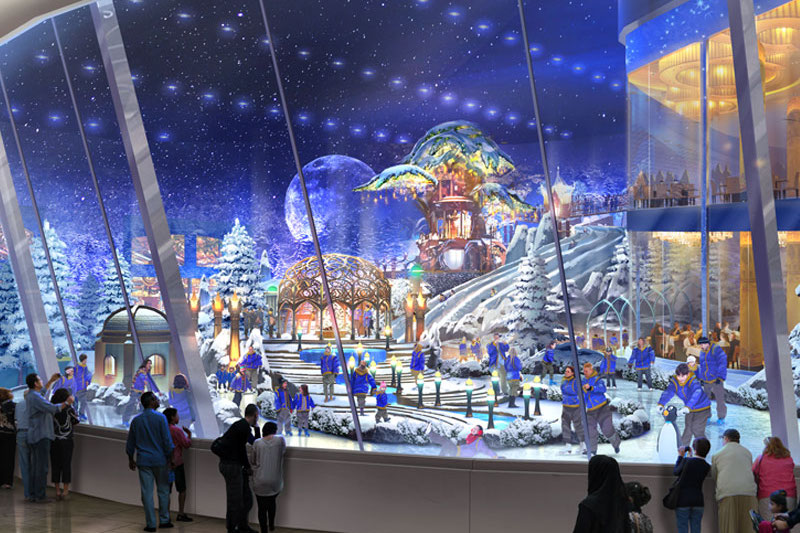 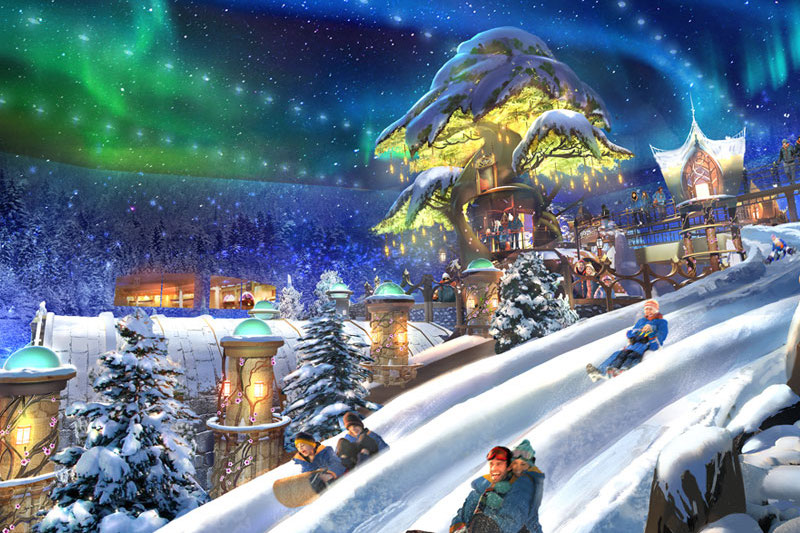 Construction is well underway at its location inside the USD1.2billon Reem Mall project, on Reem Island which is set to open around the same time.

The attraction will span across a huge 125,000 sq ft area, divided into distinct whimsical zones.

We can look forward to themed-character and 13 thrilling rides and attractions co-conceived by Al Farwaniya Property Developers, Majid Al Futtaim Ventures and Thinkwell.

It doesn’t matter if the weather outside is frightful. The park will be kept at a rosy-nosed -2ºC, with a 500mm covering of snow (more than enough for beefy snowball building) offering a year-round chill spot in this, our beloved land of the eternal sun.

Let out your inner Elsa with rides and attractions inside the park that include:

Here young and old can frolic in the snow. Do you wanna build a snowman? Well you can here, you can also enjoy ice labyrinths, snowball fights and other snow-based games. Ok bye.

An ornate carved twinkling carousel featuring the animals of the Enchanted Forest.

This towering chunk of enchanted timber will house and stage some exciting TBC activities.

The retail outlet offering cold-weather clothing, hats, postcards, and other souvenirs of the park’s Enchanted Forest.

From one of the images it looks like there may also be virtual aurora borealis displays, but we can neither confirm nor deny this at the moment. Also on the ‘probably pile’ sits, tobogganing, rubber-ring luging and ice skating.

“The activities and environments will work together, allowing guests to make new discoveries and experience shared memories, while creating a destination to which they wish to return again and again.”

“The story behind Snow Park Abu Dhabi is the great differentiator from any other snow park in the world, and we look forward to revealing more details in due course.”

Reem Mall has described itself as ‘The World’s First Omnichannel Mall’. The details of what that actually means get complicated quickly, but from what we understand, the mall will offer a ‘blended retail’ approach, which allows for digital shopping (through an app/website) at the same time as conventional ‘bricks and mortar’ mall shopping.

Data from your shopping habits can be used to make sure you get invited to redeem tailored promotions.

Milat Sayra Berirmen, Digital Experience Manager for Reem Mall is on record as saying “At Reem Mall, we are leading this transformation by creating a totally new retail concept – the world’s first fully digitally enabled mall, supported by an integrated logistics hub.”

“Through effective data harvesting and connected financial and partnership platforms, we will be able to predict consumer needs and provide uniquely personalised content. In a world where consumers expect any experience to be literally at their fingertips, we are taking this one step further by creating an on-demand connection between customers and retailers.”

News
Things to do
EDITOR’S PICKS
UAE holiday dates announced for Eid Al Adha
READ MORE
Update: Emirates again extends suspension of flights from India to UAE
READ MORE
Coming soon: Everything we know about Ain Dubai so far
READ MORE
Khorfakkan set to open new tourist attraction 580 metres above sea level
READ MORE
MOST POPULAR
Sign your kids up for a five-day theatre camp at The Junction this summer
Pics of the week: Your best photos of the UAE
New films to watch in cinemas this week: July 22 to 28
Caesars Palace Dubai transforms into a summer playground this Eid
10 things to do in Dubai that are free (or cost next to nothing)
YOU SHOULD CHECK OUT
Our website uses cookies and other similar technologies to improve our site and your online experience. By continuing to use our website you consent to cookies being used. Read our privacy policy here.