Check out the first official artwork to land on the moon

One giant leap for the art world…

The first-ever official artwork will soon be placed on the moon within the NASA Commercial Lunar Payload Services (CLPS) initiative created by artist and philanthropist, Sacha Jafri.

The artwork which will be sent to the moon has been created by the Dubai-based artist and was revealed at the USA Pavilion at Expo 2020 Dubai on February 23, 2022. It is titled ‘We Rise Together with the Light of the Moon’.

The work of art will be placed on the surface of the moon later this year by Spacebit and Astrobotic Technology Inc. The landing site where the artwork will be placed will then become a world heritage landmark preserved forever.

Museum of the Future: Inside the newly opened museum in Dubai
12 art and sculpture exhibitions in Dubai to check out in February
This historical neighbourhood in Dubai is going to get colourful in March

This mission too will be one for humanity, put together by Selenian, a company specialising in the curation of art in space. 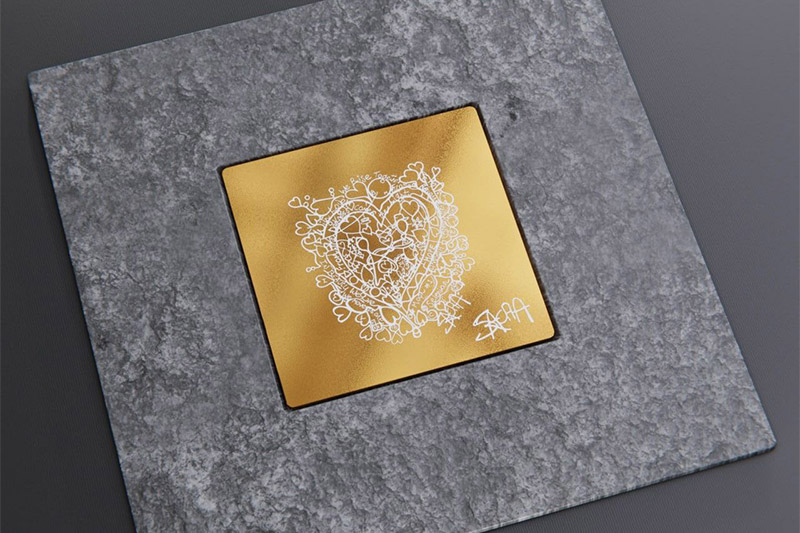 Spacebit and their partners have used an aerospace-grade aluminium gold plate as a canvas for the Jafri’s art to be fully resilient to the lunar conditions meaning, it will eternally be on the moon. The plate will be able to withstand extreme conditions and temperatures of between -173 degrees Celsius to +123 degrees Celsius.

Alongside this original artwork, a series of Jafri Charitable-NFTs created directly from his original piece will also launch alongside each stage of the mission. It includes the rocket launch entering the stratosphere, the earth circumnavigation, the moon sling-shot, the Moon landing, and the legacy of the eternal artwork on the Moon.

Similar to his previous philanthropic goal, this mission also aims to raise as much money as possible to aid four main concerns of our world: Health, Education, Sustainability and Equality. Jafri stated, ‘The placement of my heart artwork aims to reconnect humanity to: ourselves, each other, our creator, and ultimately to ‘The Soul of the Earth.’

Art
Culture
Expo 2020 Dubai
EDITOR’S PICKS
Here's the full list of UAE public holidays in 2023
READ MORE
23 incredible things to look forward to in the UAE in 2023
READ MORE
Hidden gems: 10 UAE desert pop-ups to discover this winter
READ MORE
Where to travel in 2023: 10 new flight routes from the UAE
READ MORE
MOST POPULAR
Pics of the week: Your best photos of the UAE
Dhow & Anchor has got you covered every day of the week
RTA: All the road closures you need to be aware about
Review: The Nice Guy Dubai
Masha and the Bear is coming to Abu Dhabi this April
YOU SHOULD CHECK OUT
Our website uses cookies and other similar technologies to improve our site and your online experience. By continuing to use our website you consent to cookies being used. Read our privacy policy here.