If you’ve eagerly been awaiting Asia Cup tickets, your wait is over. Tickets can be purchased on platinumlist.net from 6pm today as per the official Asia Cup website.

Matches to look out for…

Easily the most anticipated match of the tournament is India vs Pakistan on Sunday, August 28 at 6pm. Make sure to book those tickets first as they will definitely run out within seconds of being available.

When is the tournament?

This year, the Asia Cup will run from August 27 to September 11, 2022. It will be the first edition since the Covid-19 pandemic began. All matches are scheduled to begin at 6pm, with only one being played per day.

The UAE is no stranger to the Asia Cup, having previously hosted it back in 2018.

The T10 Abu Dhabi cricket tournament is returning this November
Breaking: FIFA World Cup Qatar 2022 to start a day earlier than planned
You can now get your free general admission tickets for DP World Tour Championships

How does it work?

The six-team Asia Cup will be played in the T20 format this year. UAE, Kuwait, Singapore and Hong Kong will play a qualifying round with the winner joining India, Pakistan, Sri Lanka, Afghanistan and Bangladesh in the main tournament. Qualifiers are set to be played from August 20, 2022 in Muscat, Oman.

Where will the matches be in the UAE?

UAE has three major cricket stadiums but only two will play host to the Asia Cup 2022. Dubai Sports City Cricket Stadium in Dubai and Sharjah Cricket Association Stadium in Sharjah have been given the opportunity this time around. 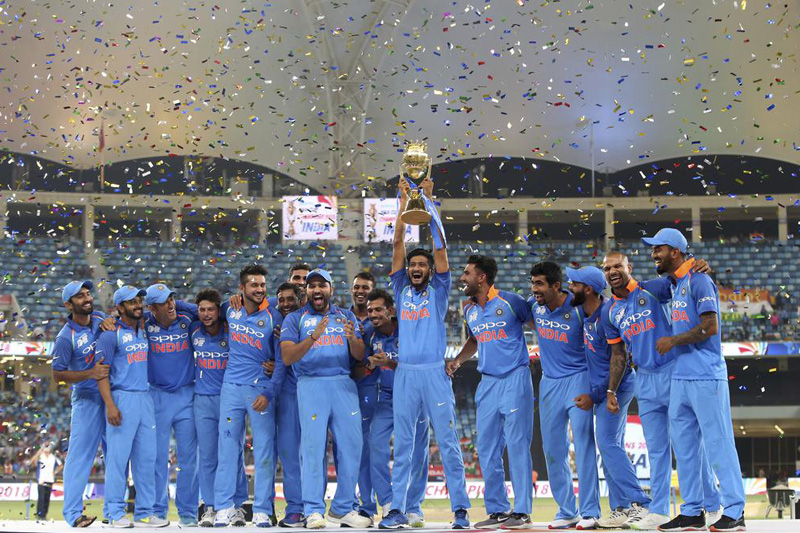 Who won the last one?

In 2019, India lifted the championship trophy. They will be making a comeback to defend their title.

Why is Dubai hosting the cup?

Avid cricket watchers may remember that this year’s host was meant to be Sri Lanka. Unfortunately for the nation, the 2022 edition of the cricket tournament was moved to UAE due to the ongoing political turmoil in the country. Read more about it here.

Sport & Fitness
Things to do
EDITOR’S PICKS
Here's the full list of UAE public holidays in 2023
READ MORE
23 incredible things to look forward to in the UAE in 2023
READ MORE
Hidden gems: 10 UAE desert pop-ups to discover this winter
READ MORE
Where to travel in 2023: 10 new flight routes from the UAE
READ MORE
MOST POPULAR
26 of Dubai's best beachfront restaurants
8 wonderful things to do in Dubai this week: Feb 6 to 9
Where to go to get your Al Baik fix in the UAE
Reset and recharge with a relaxing staycation at this stunning Dubai hotel
The most expensive apartment in Dubai just sold for Dhs410 million
YOU SHOULD CHECK OUT
Our website uses cookies and other similar technologies to improve our site and your online experience. By continuing to use our website you consent to cookies being used. Read our privacy policy here.