RTA to resume this Dubai to Abu Dhabi bus route

Great news if you’re heading to the capital…

In 2019, Road and Transport Authority (RTA) launched a new bus route between Dubai to Abu Dhabi. Due to the pandemic, this bus route had seized operations, but RTA has just announced it is bringing the bus route back.

E102 will resume services from August 9. RTA also announced that will make extensions to eight other bus routes on this day. Information will be announced on this link here. 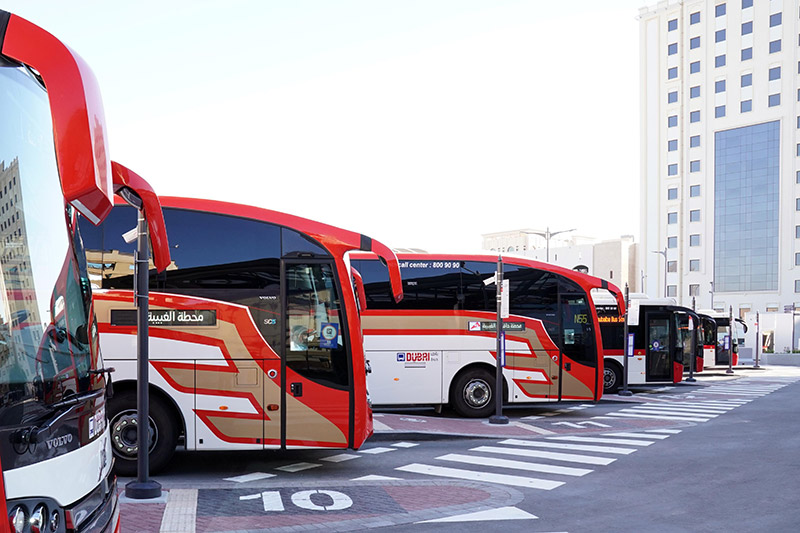 Not only is the new bus service convenient, but it will also help save time for those who work in the areas surrounding the Mussafah drop-off point by the E102 bus route.

According to a tweet issued by RTA, ‘Commuters will be treated to a luxury journey aboard deluxe coaches operating at 60 minutes intervals.’

Previously, the fare for the E102 bus route was Dhs25 per trip which you could pay for using your Nol Card. We are awaiting confirmation from RTA if there is a change in price.

RTA added, ‘Commuting on buses is cost-effective, and buses are flexible and integrated with other mass transit means.’

Plan your trip accordingly though as the E102 bus route takes about an hour and 45 minutes one way and of course, this depends on traffic. It does sound like a lot of time and we can’t wait for the Hyperloop to open in 2020, but in the meantime, just think of how much reading, or work you can get done on the commute.

Transport
EDITOR’S PICKS
Here's the full list of UAE public holidays in 2023
READ MORE
23 incredible things to look forward to in the UAE in 2023
READ MORE
Hidden gems: 10 UAE desert pop-ups to discover this winter
READ MORE
Where to travel in 2023: 10 new flight routes from the UAE
READ MORE
MOST POPULAR
All the best ways to celebrate Valentine's Day in Abu Dhabi
A cool auto show is taking place at Riverland Dubai this weekend
Renowned UK fitness studio by three-time Olympian opens in Dubai
Major parties in Dubai this week: Supporting local talent and Kid Ink
Tickets for the whole Wireless Abu Dhabi festival on sale from Dhs295
YOU SHOULD CHECK OUT
Our website uses cookies and other similar technologies to improve our site and your online experience. By continuing to use our website you consent to cookies being used. Read our privacy policy here.