The fountain shows of Dubai are one that many residents stop to marvel at no matter how many times they have seen it. To change things up a bit, Dubai Festival City Mall is debuting a new Imagine show based on the Opera by French composer Georges Bizet – Carmen. On opening night, the show will be accompanied by a live orchestra.

The new Imagine show coincides with the 1875 anniversary of the Carmen staging in Paris’ Opéra-Comique. The show will take place in Dubai at Festival Bay on February 18 beginning at 7.30pm.

So, what’s Carmen about? Carmen is an opera set in southern Spain and tells the story of the downfall of Don José, a naive soldier who is seduced by the wiles of the gypsy, Carmen.

The classic tale has been adapted a number of times for audiences across the world. But, this production in Dubai will be the first production of its kind. 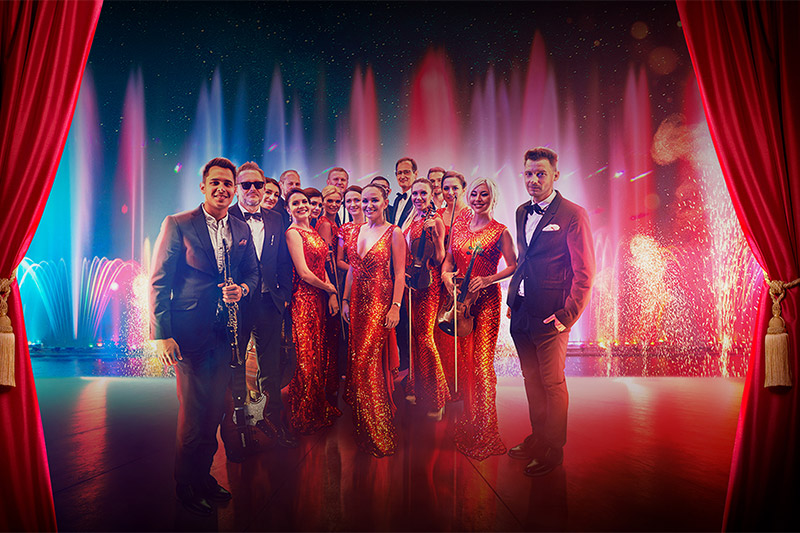 Tickets for the Museum of the Future are now on sale
An immersive hologram concert experience is coming to Dubai
Upcoming performances, international artists and more in Dubai

On opening night, the orchestra, comprising of sixteen musicians will perform two sets of 25-minute of classical and pop melodies. Following this there will be a live rendition of the Carmen overture played alongside the 360-degree story being told across the skyline with music and laser projections and of course, a dancing fountain show.

Do note, the live orchestra will only be here for there on opening night but you will be able to catch the Carmen Imagine show daily at 7.30pm.

Hayssam Hajjar, General Manager of Dubai Festival City Mall stated, ‘The new Imagine show is a wonderful addition to the global attraction’s offering. Our visitors will be amazed at how technology, when paired with the opera production Carmen can create an entirely new dimension of entertainment. We are delighted to introduce the new show to the Dubai Festival City Imagine repertoire and hope that mallgoers will immerse themselves in the world-famous Prosper Merimee novella-inspired Carmen.’

In the past, Imagine has put on a number of shows including one dedicated to popular TV show Friends (The Reunion), UAE 50 and much more.

Culture
EDITOR’S PICKS
Here's the full list of UAE public holidays in 2023
READ MORE
23 incredible things to look forward to in the UAE in 2023
READ MORE
Hidden gems: 10 UAE desert pop-ups to discover this winter
READ MORE
Where to travel in 2023: 10 new flight routes from the UAE
READ MORE
MOST POPULAR
The UAE law changes on marriage, divorce and child custody to know about from February 1
5 fabulous new Dubai hotels to check-in to
Pics of the week: Your best photos of the UAE
Dhow & Anchor has got you covered every day of the week
RTA: All the road closures you need to be aware about
YOU SHOULD CHECK OUT
Our website uses cookies and other similar technologies to improve our site and your online experience. By continuing to use our website you consent to cookies being used. Read our privacy policy here.