Complete with celebrity chefs at the helm, 50-metre swimming pools and a slice of St Tropez glamour…

During the glorious winter weather, we can get back to one of our favourite Dubai past times: whiling away the day at a beautiful beach club. But if you’re looking for new options, you’re in the right place, as a collection of new beach clubs are gearing up to welcome guests in the coming months. 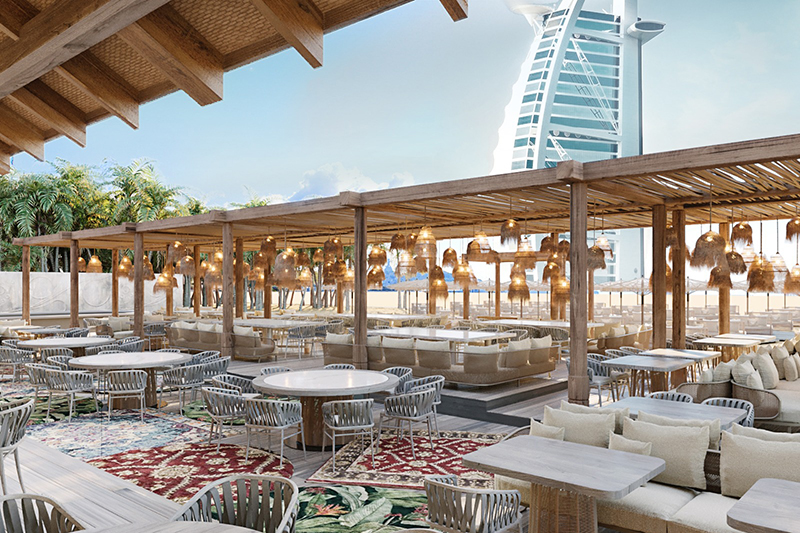 Verde Beach, already established as one of the top places to party on the shores of stylish St Tropez, is set to open on New Year’s Eve at Jumeirah Beach Hotel. If the name sounds familiar, Verde Beach will be the second Verde location in Dubai from Yeeels group, after trendy French restaurant Verde, which opened in Four Seasons Restaurant Village in December 2019. There’s a boho-luxe aesthetic with rope and teak furniture, vibrant prints and plenty of macrame. Part beach club, part restaurant, the menu will be overseen by executive chef Julien Lee Thibault. We can expect an array of crowd-pleasing Mediterranean hits, from light tartare’s to sharing plates. It’s designed as the perfect pairing for a day by the beach.

Adding to the array of bars and restaurant’s down the Palm West Beach strip is Bal Harbour Beach, which will open in January. A beachy spot that will form part of the impressive array of culinary outposts within Marriott Resort Palm Jumeirah, it promises scenic marina views, tropical drinks and light bites while lounging in the sun. 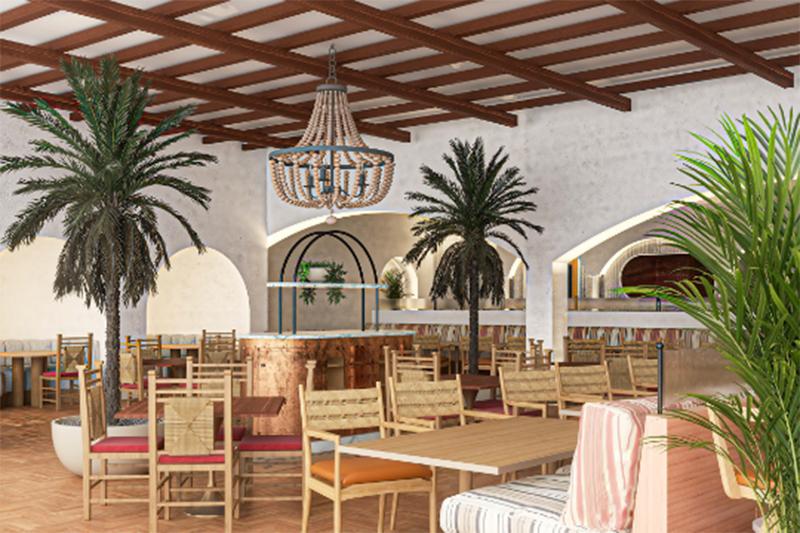 Described as a journey into the Eastern Mediterranean’s 50s & 60s golden era, the culinary scene of the Levant is the inspiration behind this soon-to-open addition to The Club at Palm West Beach. Joining the likes of Playa, Eva and SAN, AYLA Beach will feature a menu of local seafood, paired with refreshing cocktails.

Adding to the action-packed array of culinary and leisure offerings at W Dubai – The Palm is BCH: CLB, which will be the hotel’s brand new beach club when it opens early next year. Details remain scarce, but what we do know is that BCH: CLB will incorporate a decorated restaurant for long, lazy lunches, a sandy bar for sundowners as well as a cabana-lined pool and even a retail area for snapping up your next beach club look.

Set to be a new addition to the lively drinking and dining scene at W Dubai – Mina Seyhai is a brand new beach club currently called W Beach Club. Set over 8,000 square metres, it will transform the existing Horizon pool bar into a beach destination complete with 50-metre-long pool and private beach.

Opens March: Nobu by the Beach 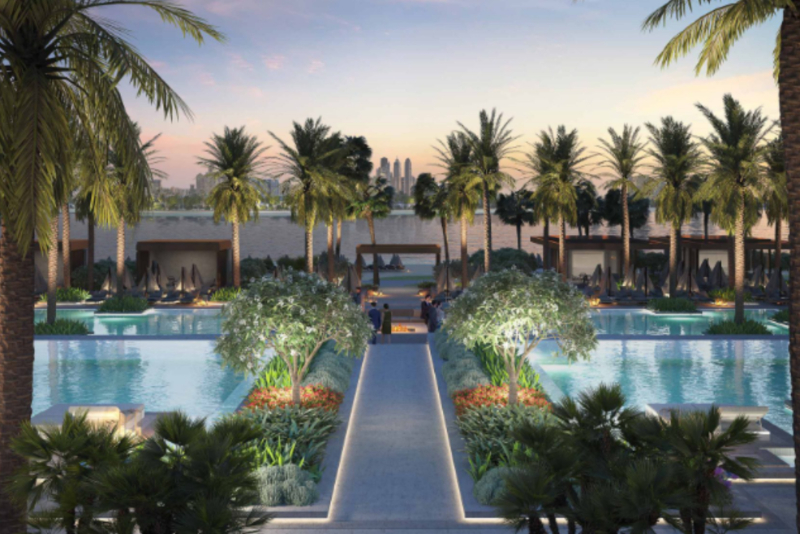 Nobu by the Beach promises to blend modern luxury with a minimalistic Japanese aesthetic, and will be a one-of-a-kind beach experience from acclaimed chef Nobu Matsuhisa. It’s slated to open alongside the rest of Atlantis The Royal in the first quarter of 2023. The stunning space will offer stunning Palm Island views, an inviting lagoon pool and a signature Nobu restaurant with expansive outdoor bar and terrace, which will no doubt serve as a beautifully stylish sundowner spot. Designed to look and feel like a contemporary Japanese beach house, each space fuses into the next, from the indoor dining room to the expansive terrace and cocktail bar, which juts out towards the ocean.

Nobu by the Beach, Atlantis The Royal, opening Q1, 2023. @nobubythebeach

From the ultra chic shores of Cannes comes Bâoli, renowned for its haute modern Japanese cuisine and A-list guest. In Dubai, it will be managed by Neat Food, and will become the first extension into the Middle East for the brand when it opens as part of the new J1 Beach at La Mer. “Bâoli is a retreat-styled space inspired by the beautiful stepwell baolis in India and which will offer a unique experience for visitors to J1 Beach,” says Sanjeev Nanda, Founder of Neat Food.

Merex will team up with Paris Society International for the third beach club at J1 Beach, bringing the legendary Gigi Rigolatto to the region for the first time. From the sun-drenched shores of St Tropez, this all-encompassing space for long, leisurely days and unforgettable evenings by the beach will feature an Italian menu, two terraces, an indoor restaurant, a garden, a Bellini bar, a kids’ circus and a wellness area. Described by Brian Bendix, CEO of Paris Society International, as setting “a new standard for ultra-premium hospitality and lifestyle beach offering,” we’re promised ‘extraordinary experiences’ when it opens late next year.

Eat & Drink
News
EDITOR’S PICKS
Here's the full list of UAE public holidays in 2023
READ MORE
23 incredible things to look forward to in the UAE in 2023
READ MORE
Hidden gems: 10 UAE desert pop-ups to discover this winter
READ MORE
Where to travel in 2023: 10 new flight routes from the UAE
READ MORE
MOST POPULAR
This beautifully-designed outdoor terrace is a must-visit this winter
A 50,000 year old comet will light up UAE skies this weekend
Treat your loved one to a spectacular evening at Billionaire Dubai
New date announced for Tom Odell's Dubai Opera performance
Ras Al Khaimah Fine Arts Festival returns this weekend
YOU SHOULD CHECK OUT
Our website uses cookies and other similar technologies to improve our site and your online experience. By continuing to use our website you consent to cookies being used. Read our privacy policy here.